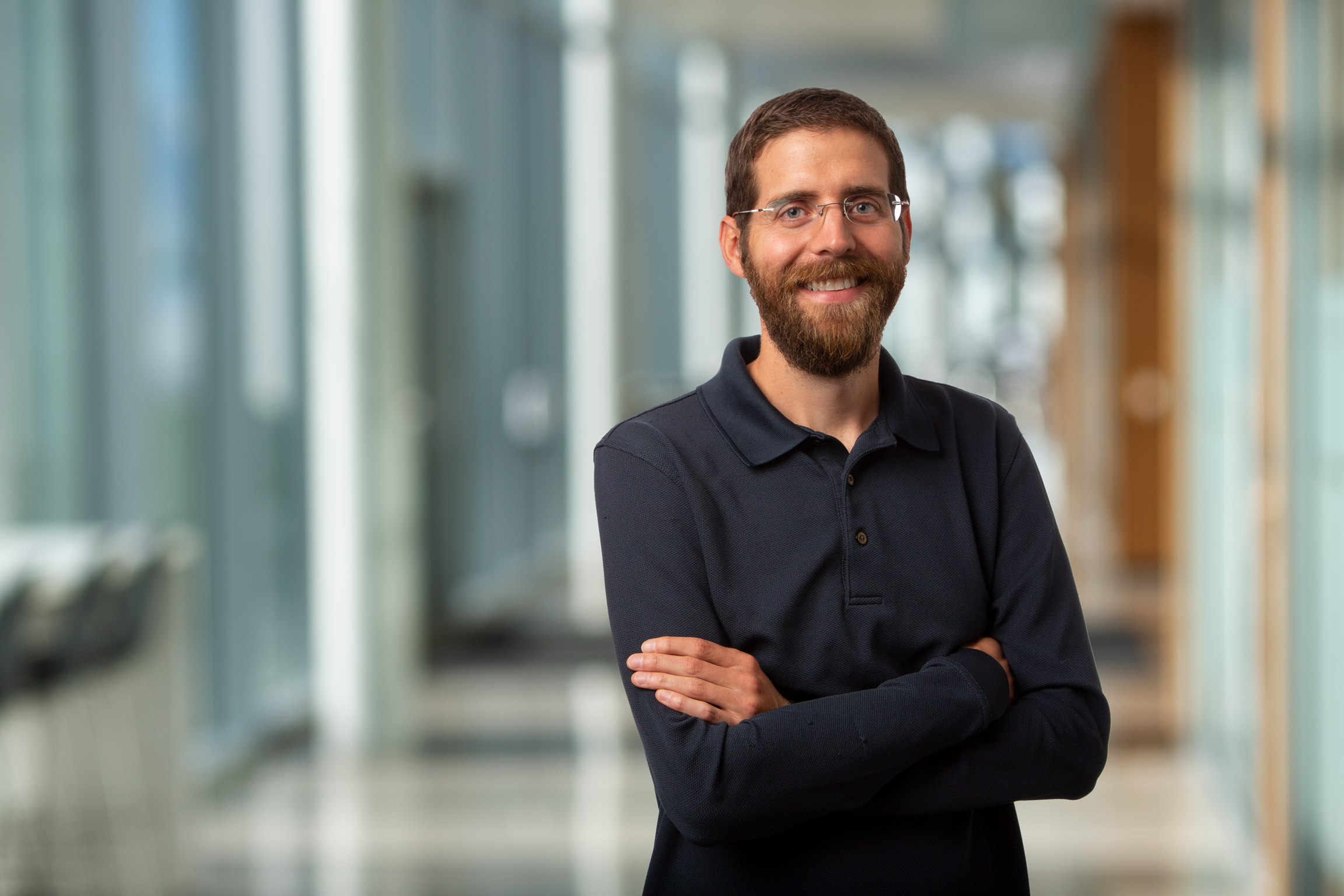 Matt Harris, assistant professor of mechanical and aerospace engineering at Utah State University, recently received a grant from the Office of Naval Research to explore how to solve optimization and control problems more efficiently. (Matt Jensen/USU)

Harris’s research will explore how to solve optimization and control problems more efficiently. The United States Navy operates a wide variety of assets including swarms of unmanned underwater vehicles. Improving the algorithms that guide these vehicles reduces cost and risk while increasing their performance abilities and levels of autonomy.

The first research challenge is to expand the applicability of recently developed relaxation techniques for optimization-based control problems. The construction of exact relaxations is a mathematical technique that can be used to improve the efficiency of algorithms and arrive at optimal solutions quickly.

“We’ve used these relaxation techniques to solve optimization problems for rockets and other space-related technology,” Harris said. “They allow you to solve problems quickly and provably, but they’ve not been used for the types of large-scale problems in which the Navy is interested. Our first area of work is to broaden these techniques.”

Optimization formulations also improve performance in ways such as allowing a rocket or a submarine to travel farther or faster than was previously possible. But these problems can be challenging to solve and not all problems can be relaxed.

“There will be problems that we look at for the Navy for which useful relaxations are difficult or impossible to find,” Harris said.

The other research focus is algorithmic customization and application to swarm design and control. An important goal of all the research is to develop provable, real-time algorithms for vehicles operating in cooperative and adversarial environments. For example, if a submarine is being chased by another vehicle, that is a different movement issue than if it is traveling unthreatened.

“The research is addressing fundamental research problems in optimization and control,” Harris said. “I am thankful for ONR’s support, and I look forward to working with colleagues at the Navy and graduate students here at Utah State.”