USU Researchers Explore the why Behind a Widely-used Cooking Trick

News Release — November 22, 2021 — Using the tip of a wet chopstick to test oil temperature while cooking tempura is a classic Asian cooking technique. The sound the water makes when it enters the oil indicates whether or not the oil is the right temperature for cooking. While the trick is widely used, until recently there wasn’t much research as to why different sounds occur at different temperatures.

This week at the annual meeting of the American Physical Society Division of Fluid Dynamics, Akihito Kiyama, a postdoctoral research fellow at Utah State University, and Rafsan Rabbi, a graduate student at USU, will present a talk that includes audio recordings and high-speed videos of what happens when water enters oil at various temperatures. Som Dutta, an assistant professor of mechanical engineering at Utah State, is also a co-author of the presentation and is developing a computational model for the phenomena. 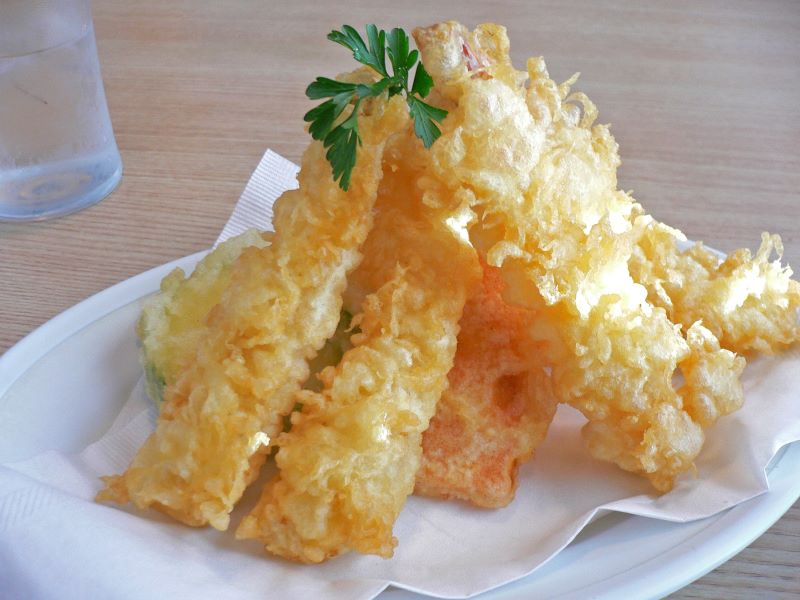 Using a wet chopstick to test oil before cooking tempura is a classic Asian cooking technique, but until recently, not much research had been done on why this trick works. Researchers from Utah State University captured high-quality video and audio to better understand the phenomena. (Photo credit: Kirk K, license link: https://creativecommons.org/licenses/by-nc-nd/2.0/).

One possible application the team envisioned for this research is in robot controlled cooking since understanding what sounds occur at different temperatures could indicate when food is done.

“Maybe that can actually help the robot decide when to flip burger patties once they are done or something to that effect,” Rabbi said.

While the chopstick trick is widely used and understood to be effective, Kiyama said what sets their research apart is the high-speed video that accompanies the audio recordings and allows people to see what is happening during each sound. Because of this, the concept could be expanded to other types of fluid work, such as cryogenics related to space flight.

Beyond the practical applications of the research, the team also wanted to capture the beauty of fluids.

“It’s really nice to be able to show off that beauty but then have some sort of physics behind it,” said Tadd Truscott, another one of the students’ advisors and a former USU professor.

Kiyama will lead the upcoming presentation on the paper and said when they began the research he didn’t expect that they would end up with such beautiful imagery. Rabbi anticipates this imagery will make their project a hit at the conference.

“Fluid dynamicists, they tend to appreciate, for lack of a better word, weird work,'' Rabbi said. “Where it is not really apparent what you are trying to do, but then it produces a lot of beautiful imagery that directs you to new avenues of work.”