News Release — July 16 2021 — Autonomous underwater vehicles, or AUVs, are unmanned robots sent into the ocean to do all of sorts of things: create maps of the ocean floor, gather environmental information, identify hazards to navigation, document shipwrecks, etc. But charging them can be a hassle. AUVs — which can weigh from less than 100 to a few thousand pounds — must be charged above water, then shipped to the mission site where it is then deployed overboard using a crane. 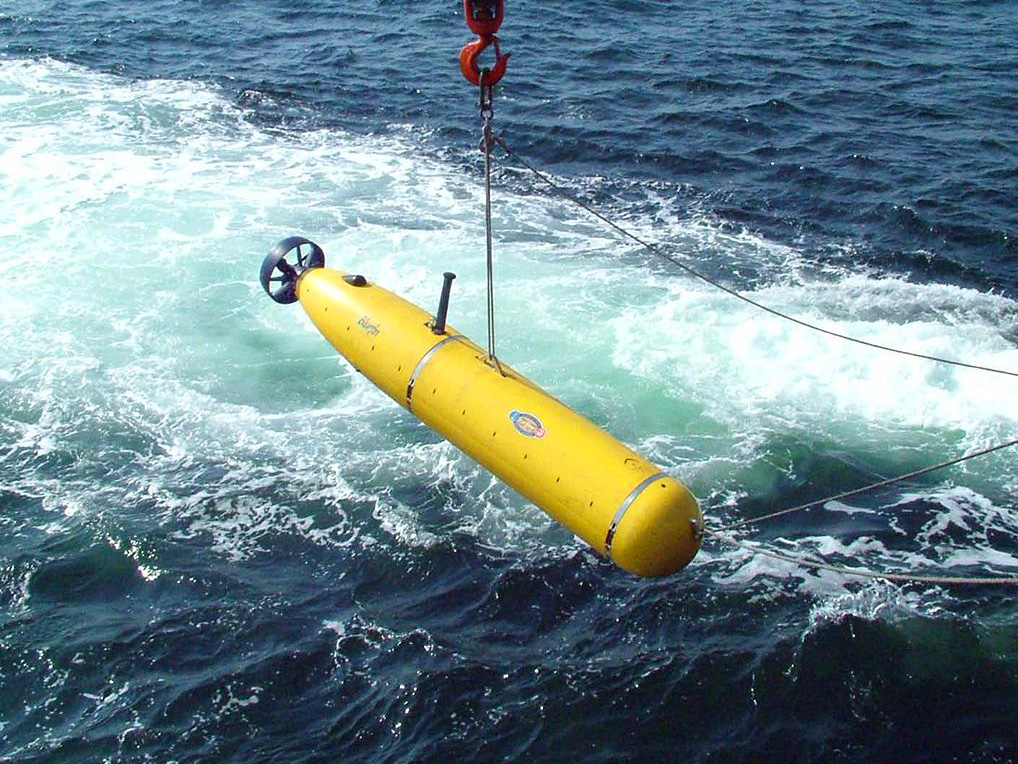 Researchers from Utah State University’s Power Electronics Lab are hoping to simplify AUV charging. They developed a wireless charger, which connects to an underwater power distribution network. Instead of being removed from the water, AUVs can be charged underwater by docking to a particular position near the network, where the charging equipment and transmitter are sealed in an airtight box. Their work was recognized with a patent on May 25.

The wireless charger is innovative itself, but its technology also uses constant current as the electrical input, which is rare in wireless charging systems but more efficient and reliable for long-distance transmission. This part of the technology could also make it applicable in drier contexts to power long segments of electrified roadways.

Bagchi’s patented technology is one of several electrical engineering patents to come out of the College of Engineering this year. Read about the others:

Anindya Chitta Bagchi and Tarak Saha both completed PhDs in electrical engineering last year. Bagchi is an engineer at Advanced Energy, a semiconductor manufacturing company in Campbell, CA. Saha is a lead engineer in the power electronics division at the General Electric Global Research Center in Niskayuna, NY.