US and Iranian Researchers Collaborate on Lake Urmia Restoration

April 21, 2021 — In a rare exchange, scientists and water resources engineers from Iran and Utah are collaborating on a bold scientific study to restore one of the world’s largest saline lakes. 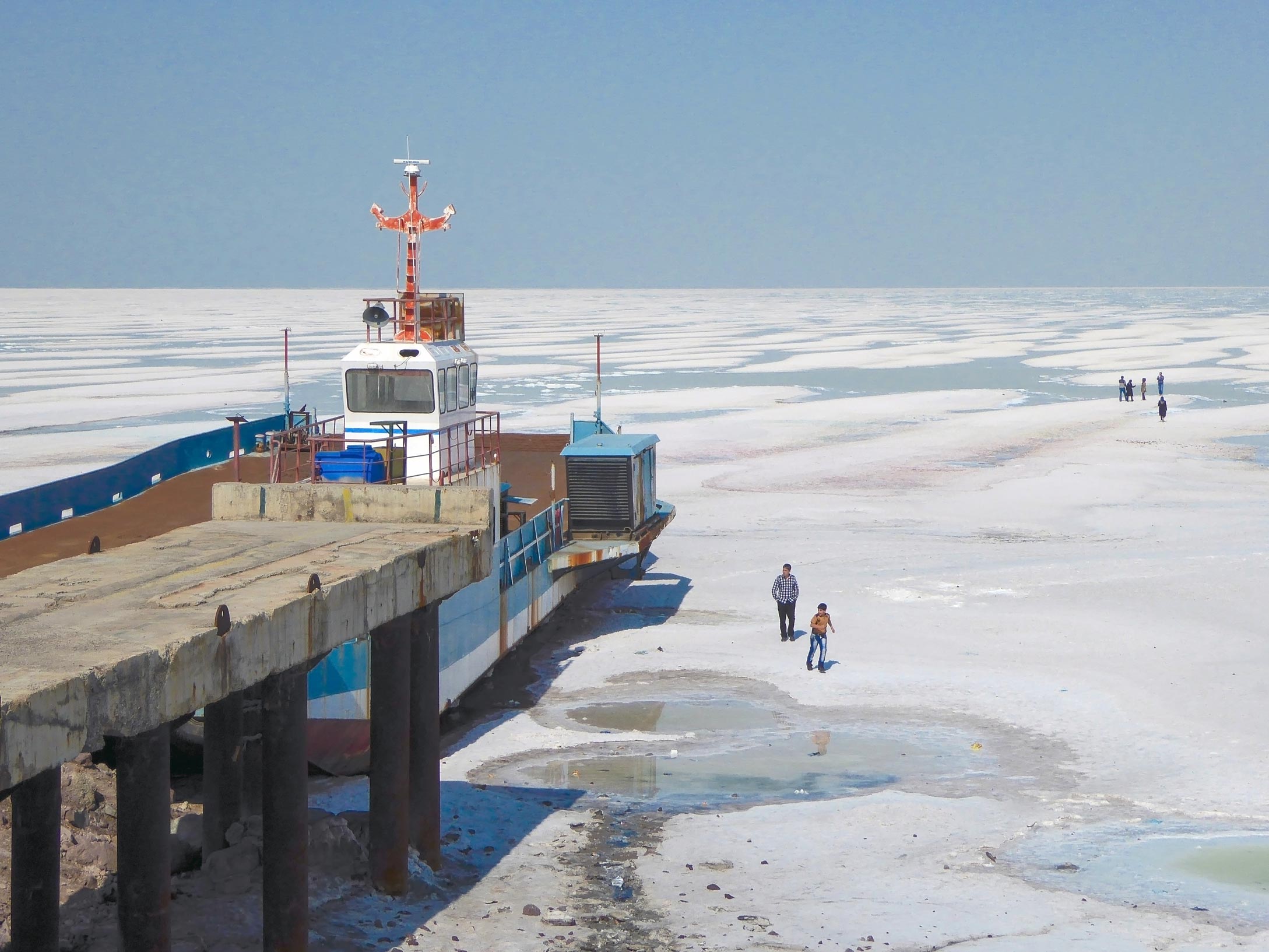 Iran’s Lake Urmia—a sister to the Great Salt Lake —has lost nearly 95 percent of its volume over the last two decades.

Lake Urmia — a massive salt lake in Iran’s northwest and a sister to Utah’s Great Salt Lake — has lost nearly 95 percent of its volume over the last two decades. As water levels dropped, salinity spiked, threatening the lake’s brine shrimp population and the flamingos and other bird species that depend on the shrimp for food. Lake levels are so low that at some coastal resorts, tourism boats must be pulled a kilometer (0.6 miles) or more from shore by tractor before reaching suitable depths. In addition, new land bridges are forming in the drying lake bed which allows mainland predators to threaten endangered mammals living in the southern islands. The vast, dry lakebed imposes a growing dust problem for the five million residents who live in the Lake Urmia basin. The area’s ecotourism industry has collapsed, and now experts fear an environmental disaster awaits if drastic changes are not made.

“We’re at the tipping point,” said assistant professor and lead author Somayeh Sima of Tarbiat Modares University in Iran. “Every single step matters. We have to take action now.” Sima’s work will be used to update Iran’s $1 billion Lake Urmia Restoration Program. In 2018, she traveled to Utah on a visiting scholarship from the Semnani Family Foundation to collaborate with USU water resources professor David Rosenberg who studies integrated water management and water conservation in Western U.S. river basins, including rivers that feed the Great Salt Lake. Prof. Wayne Wurtsbaugh, Sarah Null, and Karin Kettenring from the USU Quinney College of Natural Resources also collaborated in the limnology and ecology parts of this multidisciplinary research. 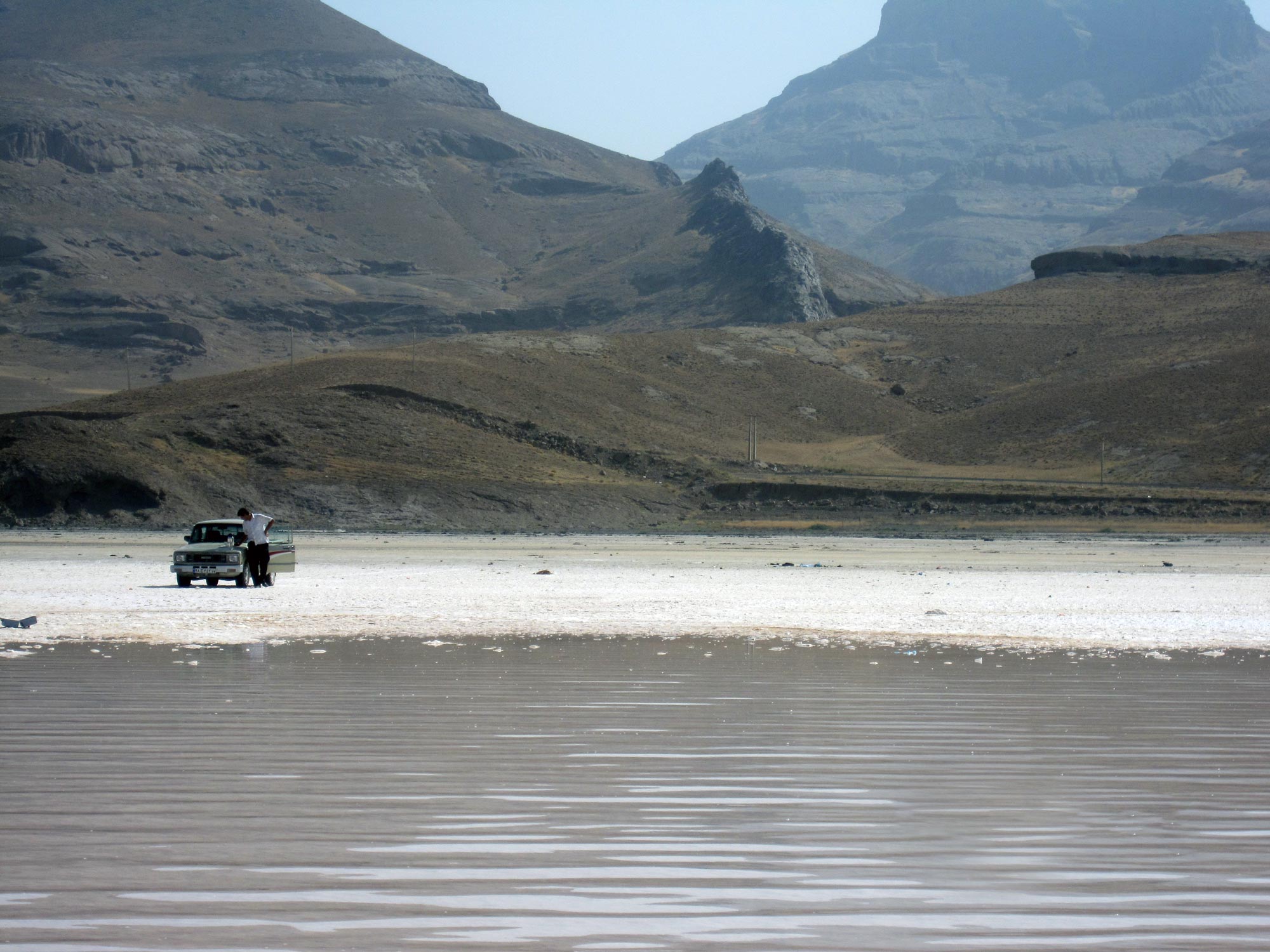 The area’s ecotourism industry has collapsed, and experts fear an environmental disaster awaits if drastic changes are not made.

The team synthesized 40 years of data to define eight metrics that define the health of Lake Urmia and its many ecosystems. Their findings were published in the latest edition of the Journal of Hydrology: Regional Studies. One key finding shows that setting a target water level will not necessarily solve Lake Urmia’s problems.

“We can’t say that restoring the lake to some magic number will improve the overall situation,” said Rosenberg. “Instead, we need to consider how the lake’s ecosystem services are interconnected and how a varying lake level will impact those systems over time.”

“We have to embrace lake level variability and focus our restoration efforts where it makes sense,” Sima said. “Restoration is not an easy task. It is everyone’s responsibility, and we’ll need public support to make meaningful change.”

The problems facing Lake Urmia are not unique to Iran. Water levels at the Great Salt Lake are also at their lowest in recent years, and similar problems of land bridges, dust, changes in salinity, and ecological damage have experts concerned.

To promote transparency and reproducibility in science and encourage further collaborations, the researchers have published their article open access (free to readers) and shared their data and code on the HydroShare.org repository.

“This partnership between U.S. and Iranian researchers is valuable because we have so much in common on this topic,” said Sima. “Only together can we begin to understand how to solve these problems.”