Apr. 8, 2021 — USU’s environmental engineering program has always been compact. It is a small major not because it is unpopular but because it attracts a certain crowd: people who are generalists at heart, who like flexibility, and who want to get their hands dirty. We spoke with three alumni from one of the major’s earliest graduating classes to get to know what drew them to the green side and why they love what they do. Meet Aaron Swank, a graduate of the class of 2000. 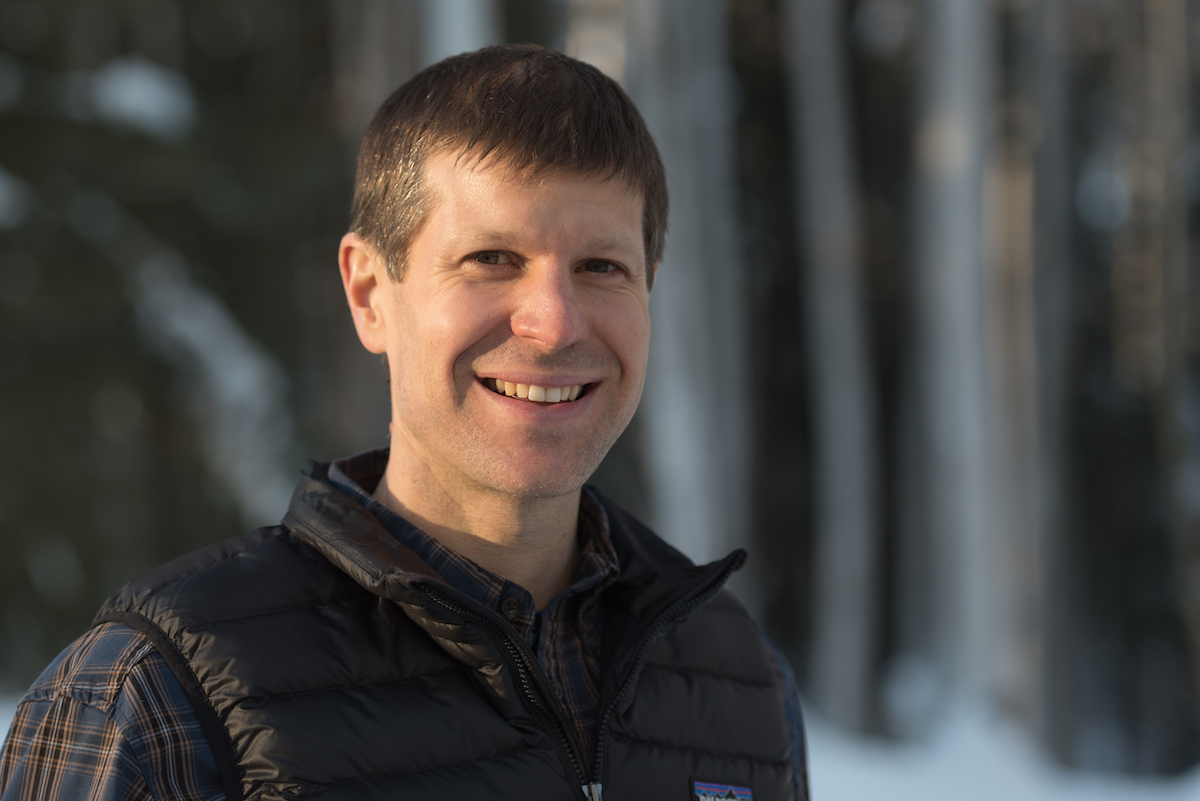 Aaron Swank chose environmental engineering for the opportunity to explore multiple STEM disciplines—and for a chance to get out of the office every once in a while. Today, Swank works as a project manager for Brice Engineering in Fairbanks, AK.

Originally from a suburb of Chicago, Swank wanted to attend college out west, and a scholarship from USU made that happen. Environmental engineering was an easy choice: it allowed him to explore multiple disciplines in science and technology, and it would also occasionally get him out of the office and into the field.

“Utah State was one of the early universities to really offer a specific environment engineering degree. I feel fortunate to have had the opportunity to pursue that.”

After getting his bachelor’s degree, Swank also earned his master’s from USU. He credits graduate work with really preparing him for the practical work as an engineer.

“My major advisor was Dr. Ron Sims, and he required a high level of organization, experimental design and analysis, and technical writing from me, which has proved invaluable. He really prepared me well for work as a professional engineer.”

In 2003, Swank began work as a junior engineer for Select Engineering Services at Hill Air Force Base. Then in 2008, he and his family moved to Fairbanks, AK, where he has worked as an environmental engineer for 13 years. He first worked for Fairbanks Environmental Services, then recently shifted to a project management role with Brice Engineering.

Swank specializes in environmental cleanup and restoration. He collaborates on projects with federal agencies and the local military base to remove old and emerging contaminants from the environment, some contaminants dating back to the Cold War or even World War II. Work like this requires out-of-the box-thinking, a skill he encourages new engineers to develop.

“Be open to creative solutions. Have the ability and foresight to look across disciplines to see what the best solution might be,” he said. “Also focus on good communication and look to be a team player. Keep doing all of these things, and you’ll be an attractive candidate in the hiring process.”

This article is the first in a three-part series where we catch up with environmental engineering alumni from the class of 2000.