News Release — Aug. 23, 2021 — Our growing bodies are under constant physical constraint. A developing human brain, for example, grows much faster than the skull around it. The result is an organ that quickly outgrows its space, forcing itself into folds and wrinkles as it expands into the cranium. Cerebral folding is an important area of research for scientists and bioengineers who study the brain; and yet, little is known about the biological processes that form these unique shapes. 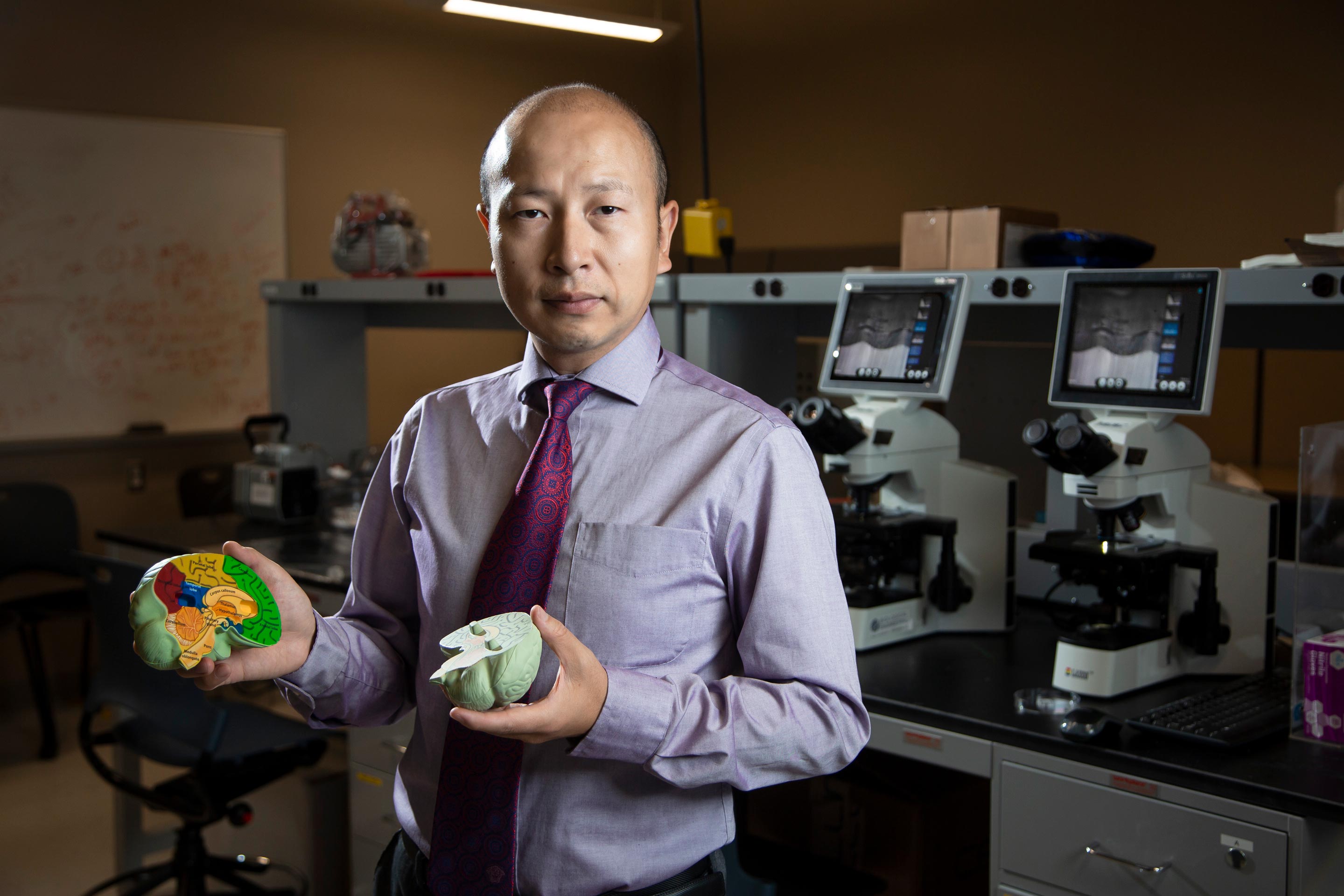 A team at Utah State University is working to change that. Yu Huang, assistant professor of biological engineering, will receive $1.8 million from the National Institutes of Health to study cerebral morphology. Huang and collaborators Kevin Moon and Jia Zhao of USU’s Math and Statistics Department will spend five years on the study. Their goal is to better understand how a brain develops under spatial constraint and to uncover new insights into the spreading of brain cancer.

“For decades, we’ve been using neural tissue models that don’t accurately represent the constrained spaces of the brain,” said Huang. “We can’t see the whole picture because we’ve never been able to replicate the physical processes that force the tissue to develop the way it does in tight spaces.”

Huang will use organoids — millimeter-sized models that replicate cerebral functions — to study how spatial constraint affects a growing brain. The miniaturized models will form inside a tiny 3-D-printed microchip, which allows the researchers to replicate a spatially constrained environment. Studying an organoid under mechanical constraint will give the team new perspectives on the biological and chemical forces that shape a human brain.

“With the advent of organoid microchips, we now have tools to study the brain environment and to understand how the whole system works together,” he said. “Our goal is to induce human-like brain folding in the organoid, which would be impossible with conventional models.”

Huang will oversee the study and concentrate nearly all of his research agenda on the project. Co-investigators Moon and Zhao will develop mathematical models to validate the team’s findings. Winning this particular NIH grant is a major accomplishment for Huang, who is an early career faculty. The Maximizing Investigator’s Research Award, or MIRA, is NIH’s largest single grant awarded to university researchers. Huang was the only MIRA recipient in Utah in 2021 and is only the second faculty at USU to receive the award.

The grant enables Huang’s team to conduct a series of high-stakes laboratory experiments that would be impossible without major funding. “The cost of some of these experiments can run about $10,000 each time,” he said. “Now we can do several experiments over the next few years. This competitive grant helps us put a stake in the ground and show that USU can lead important biomedical research.”