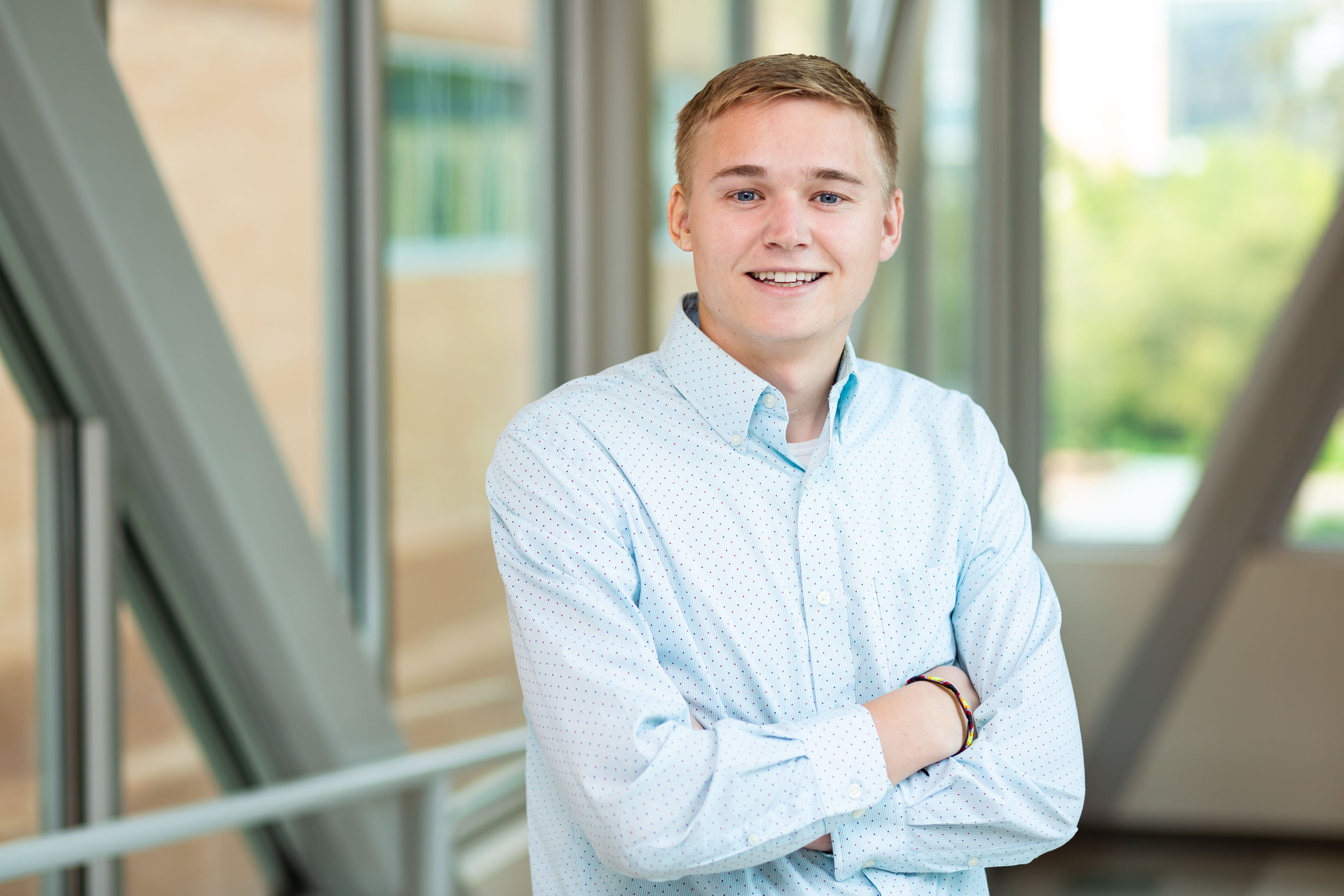 “My paper is entitled, An Analytical Approach to Modeling Spacecraft Potentials in SPICE,” said Powell. “I discuss an analytical approach to modeling these interactions using a popular circuit modeling software called LTspice.”

The student paper competition is named in honor of Frank J. Redd who helped establish the Small Satellite Conference, a leading space industry event that happens each August on the USU Logan campus. The event draws an international audience of industry, academic and government attendees. The purpose of the competition is to recognize outstanding student research in the small satellite community. Powell said he was honored to receive the accolade.

“This award reinforces to me the importance of scientific achievement in my field of study,” he added. “It gives me confidence in my research abilities as a new graduate student. I look forward to continuing my research and further contributing to the scientific community.”

Powell is from Bountiful, Utah. He graduated in May with a bachelor’s degree in electrical engineering with plans to earn a master’s in engineering under the direction of faculty advisor Charles Swenson. When he’s not studying space engineering, Powell enjoys spending time with his wife and daughter and playing pickleball.