In certain regions of Brazil, don’t be surprised if your GPS device behaves erratically. For years, researchers have been scratching their heads, looking for a solution to the unreliable GPS signals in regions near the Amazon. The cause? Plasma bubbles in space. 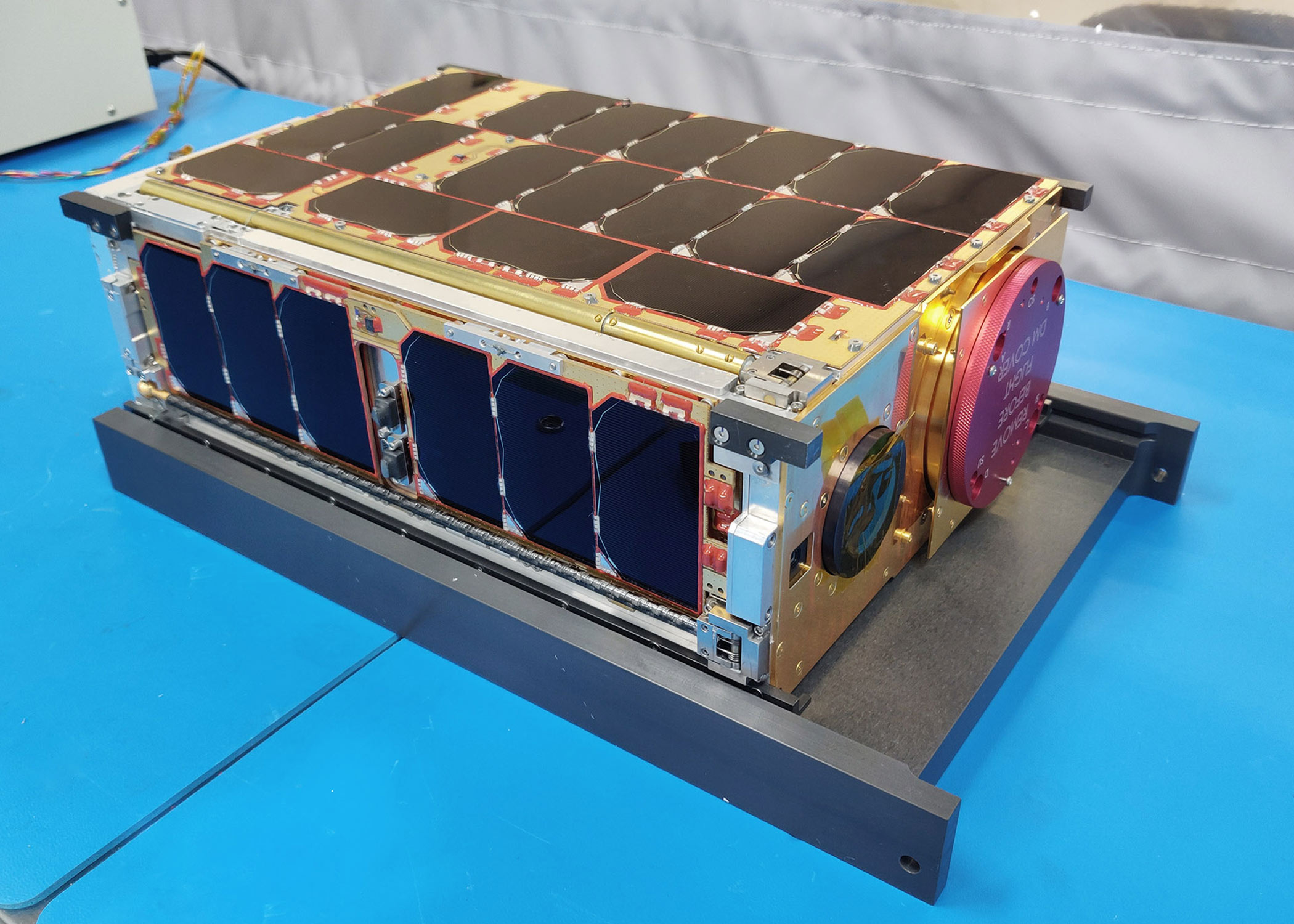 The SPORT Satellite is the size of two loaves of bread and will help scientists try to understand why plasma bubbles form in the ionsphere.

Next week, NASA will launch a joint U.S.-Brazil satellite that will be deployed from the International Space Station, with scientific instruments developed by Utah State University and collaborators. The goal of the mission is to investigate plasma bubbles that form high in the ionosphere over the equator.

Charles Swenson, a professor of electrical and computer engineering at USU, has worked with Brazil’s Instituto Tecnológico de Aeronáutica for years, developing the satellite and researching answers to why this area of the globe is so highly affected by the space weather phenomenon.

The Scintillation Prediction Observation Research Task, or SPORT, is a joint mission between the United States and Brazil designed to measure the state of the ionosphere, which lies 50 to 600 miles above the earth’s surface, and to determine why plasma bubbles sometimes form there. 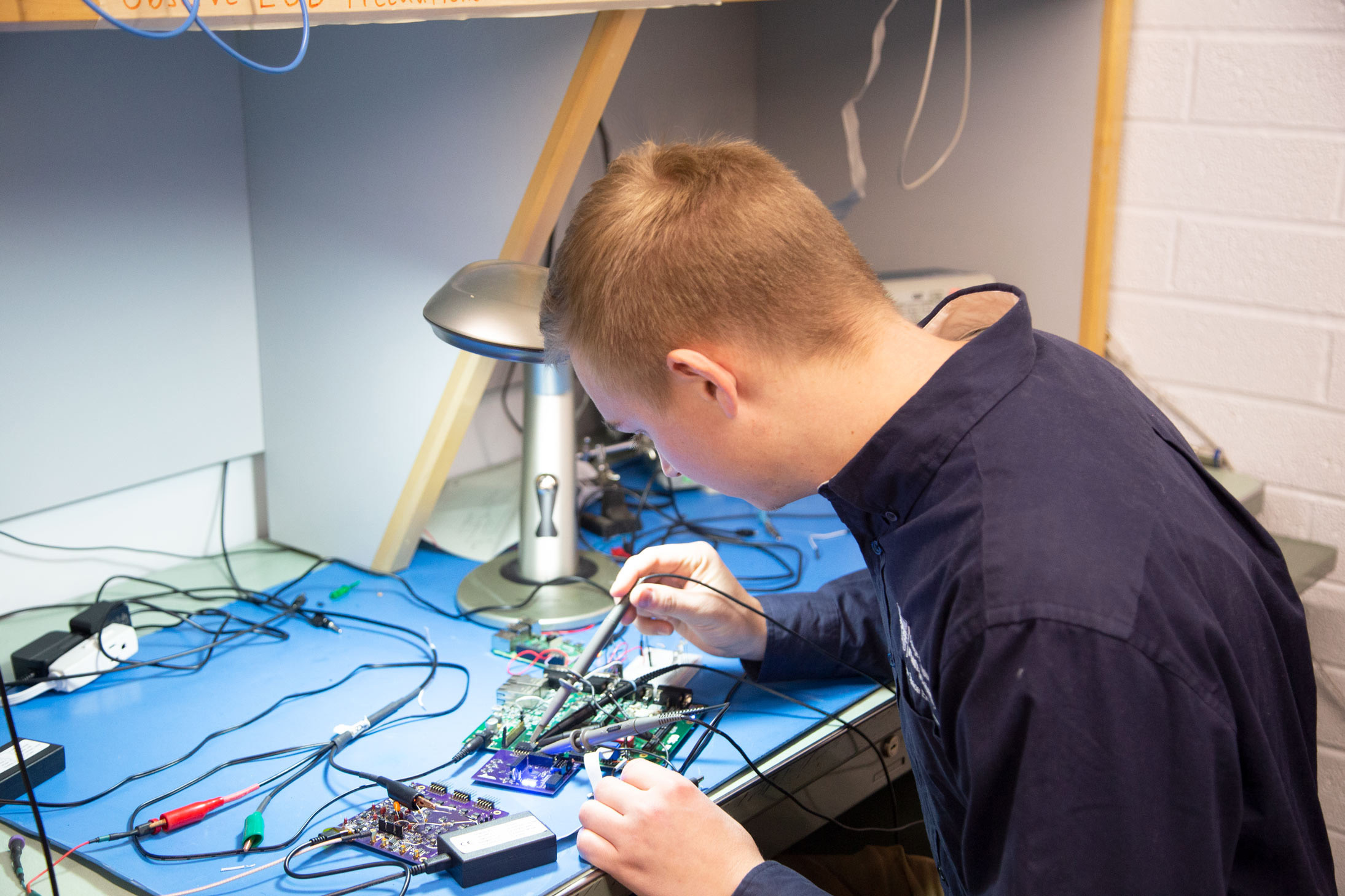 Graduate Student Jason Powell solders together circuit boards that make up the inside of the SPORT satellite.

The satellite, built by Brazil, is about the size of two loaves of bread and hosts the scientific space weather measurements provided by U.S. collaborators led by Swenson.

When radio waves from GPS satellites travel across plasma bubbles in the ionosphere, the signals can become distorted. This distortion is known as scintillation, a problem that impacts GPS reliability and negatively impacts Brazil’s military, precision agriculture and automated landing systems at the country’s airports.

Understanding the conditions that lead to plasma bubbles will help electrical engineers design GPS technology that is less susceptible to scintillation.

“The answers to these questions can improve the ability of researchers to predict the formation of plasma bubbles and understand the conditions under which density anomalies develop in the ionosphere,” Swenson said. 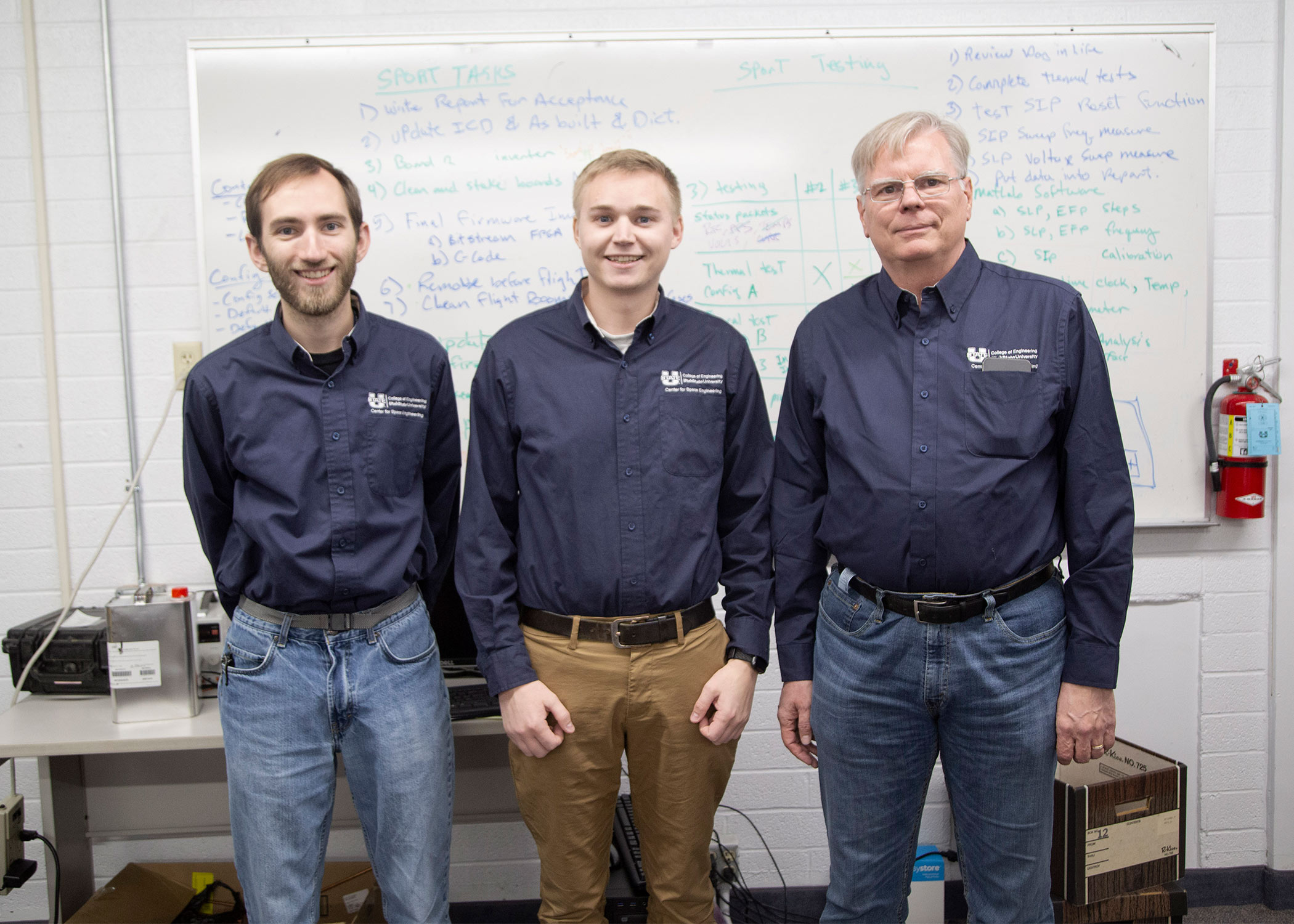 Dr. Charles Swenson (right) poses with graduate students Nicholas Wallace (left) and Jason Powell (middle), who were all responsible for the completion of the SPORT satellite.

Radio receivers on the ground in Brazil will record the scintillation pattern on waves that pass through the ionosphere and compare them to the satellite measurement of turbulent plasma in space.

Brazil is located under what is known as the South Atlantic Anomaly or the South American Magnetic Anomaly, which occurs when space radiation dips too close to Earth due to a weakness in the magnetic field. Researchers want to know if this region is different than other equatorial sites for plasma bubbles.

Swenson and collaborators plan to use SPORT to apply the same procedures to other longitudes around the globe that might be suffering from ionospheric irregularities as well. He is the principal investigator on the Joint NASA-Brazil SPORT CubeSat mission to study the conditions and potential triggers for plasma bubbles in space.

The Sport CubeSat mission is scheduled to launch no earlier than Nov. 21 from NASA’s Kennedy Space Center as a part of the SpaceX-26 commercial resupply mission to the International Space Station.