News Release — Feb. 19, 2021 — Former director of the Utah Water Research Laboratory Mac McKee has been announced as a recipient of the 2021 Warren A. Hall Medal for his exceptional accomplishments in water resources. The award will be presented by the Universities Council on Water Resources on June 9.

McKee joined the Civil and Environmental Engineering Department as a professor in 1999. From 2003 until he retired in June 2019, McKee served as the director of USU’s Utah Water Research Laboratory, one of the country’s largest university-based water research facilities. 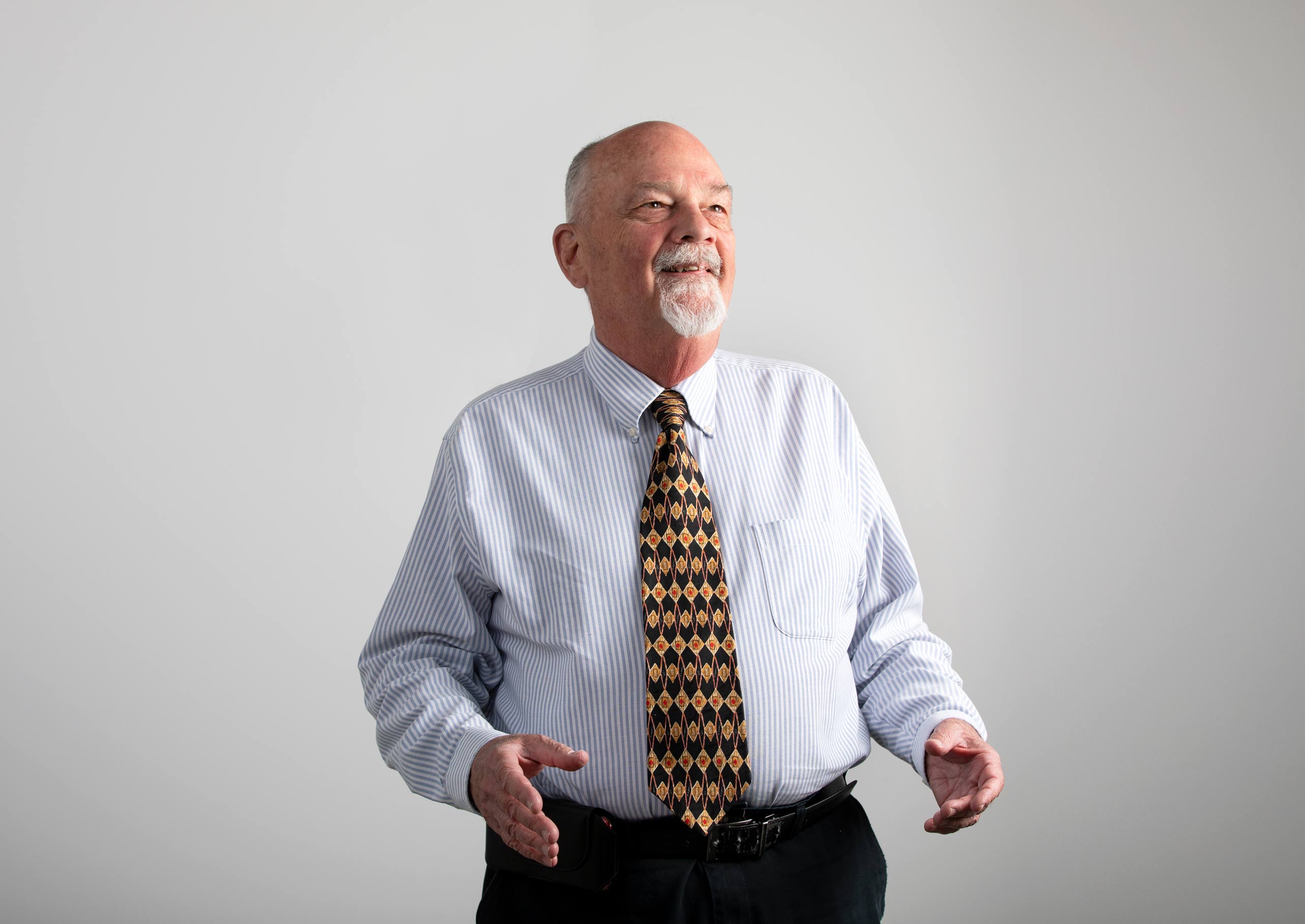 Under his leadership, the UWRL launched its famous research initiative, AggieAir, which develops and deploys drones and sensors to gather data for use in research in water resources management and agriculture. McKee has always been one to focus on the bigger picture, and in the case of AggieAir, he did so quite literally. Whereas top-of-line commercial drones can only capture about a sixth of a square mile before losing battery power, the latest AggieAir drone can capture 20 square miles of extraordinarily high-quality scientific data at very high spatial resolution.

In addition to AggieAir, McKee led the construction of a new hydraulics modeling building without any taxpayer funding. These just two of many impressive projects McKee has worked during his 40-year career in water resources engineering. “My specialty was trying to figure out what would be the most fun to do next.”

McKee’s work has a taken him to 30 countries across six continents (McKee has no interest in Antarctica; Cache Valley is sufficiently cold). Among many other projects, he worked on flood control in the Philippines; interstate river planning and management in India; water quality management in American Samoa; international hydropower, irrigation, and navigation issues in West Africa; and irrigation problems in Albania. He also worked with the Palestinian Water Authority in the West Bank and the Gaza Strip, in a position McKee compares to being the “starting quarterback in the water resources ‘Super Bowl.’”

“It was daunting. We had to find an additional cubic kilometer of water a year for the Palestinians that they didn't have when we started. And we found it — in lots of really creative ways. We had a fantastic team.”

McKee’s work in water resources has always been interdisciplinary, whether that meant collaborating with other engineers to help with the hydraulics of water acquisition and transmission; economists to determine the viability of a design; or social scientists to consider the social consequences and environmental impact of a new plan. This approach to engineering is just one reason McKee is being honored with the Warren A. Hall Medal, and it is an approach he hopes engineers will continue.

“Research in water and education in water and water policy – all of those things must be interdisciplinary,” he said. “We need to resist the temptation to continually drill tinier and tinier diameter holes in the science, without an understanding of where each of those little holes fit in a bigger context of water management.”