News Release — June 15, 2021 — USU College of Engineering alum Dr. Scott Lindsey has been named director of the National Weather Service Alaska Region. With more than 30 years of experience as a hydrologist in Alaska, Lindsey is ready to take on the climate challenges facing one of the most vulnerable areas of the country. 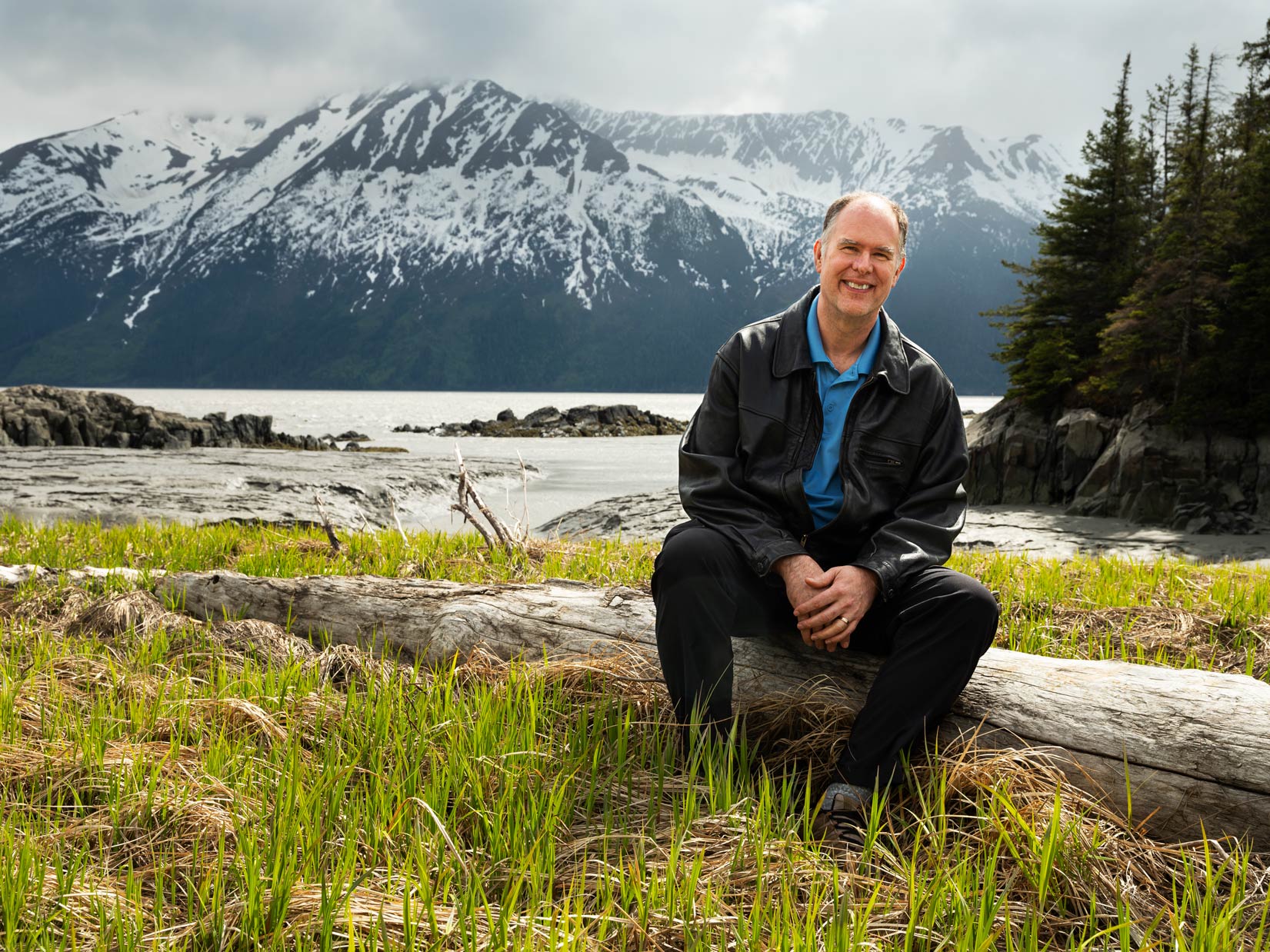 USU alum Scott Lindsey was named director of the National Weather Service Alaska Region. Lindsey has more than 30 years of experience as a hydrologist in Alaska and looks forward to tackling the region’s weather challenges.

Lindsey’s interest in a weather-related career dates back to summer 1972, when Hurricane Agnes swept through his home state of Pennsylvania. The flooding forced whole towns to evacuate, and more than 68,000 homes and 3,000 businesses were damaged or destroyed. Lindsey’s father worked for the Soil Conservation Service at the time and had helped build flood-control reservoirs around their town, which spared it from the devastation hitting the surrounding cities.

“I was able to travel with my dad when most traffic was closed down and see firsthand the power of floodwaters in places without that protection,” said Lindsey. “When the opportunity to work as a hydrologist for the NWS came up, where the job involved modeling and predicting the behavior of rivers and streams and especially occurrences of flooding, that early experience came full circle.”

As regional director, Lindsey will continue to rely on NWS’s team of skilled meteorologists, hydrologists, and other physical scientists to protect Alaska residents from adverse weather. But he’s also looking forward to adding social scientists to his team.

“I hope to build a team of social science experts who can help our physical scientists work with our Alaska Native population and better serve their needs as they pursue a subsistence lifestyle in the face of rapidly changing conditions. My goal is to recruit those who can love and thrive in Alaska as I have and to greatly increase our recruitment of Alaska Natives.”

Lindsey played a critical role in NWS’s successful partnership with the State of Alaska for the River Watch program during spring breakup, when rapidly melting ice can mean flood threats and navigational hazards. While on a detail as acting deputy director of the Office of Water Prediction in early 2016, Lindsey was part of a team that launched the first version of the National Water Model, for which they were awarded a Gold Medal from the Department of Commerce.

“NWS has one of the greatest missions a scientist could want,” said Lindsey, who earned his master’s and PhD in civil and environmental engineering in 1984 and 1991 from Utah State. “The climate is changing more rapidly in the polar regions than any other place in the world. Our population is widely scattered with a very small road system. Most communities can only be reached by air or water, and impacts from severe weather and water events can be deadly. Understanding weather, water, and climate is critical for almost every aspect of life in Alaska, and if we are successful, that translates into lives saved.”