News Release — LOGAN, UT — Feb. 22, 2021 — One solution to agriculture’s many challenges — climate change–induced drought, less arable land, and decreased water quality, to name a few — is to develop smarter fertilizers. Such fertilizers would aim not only to nourish the plant but also to maximize soil bacteria’s positive effects on the plant. Tapping into a plant’s microbiome may be the extra layer of defense crops need to thrive. 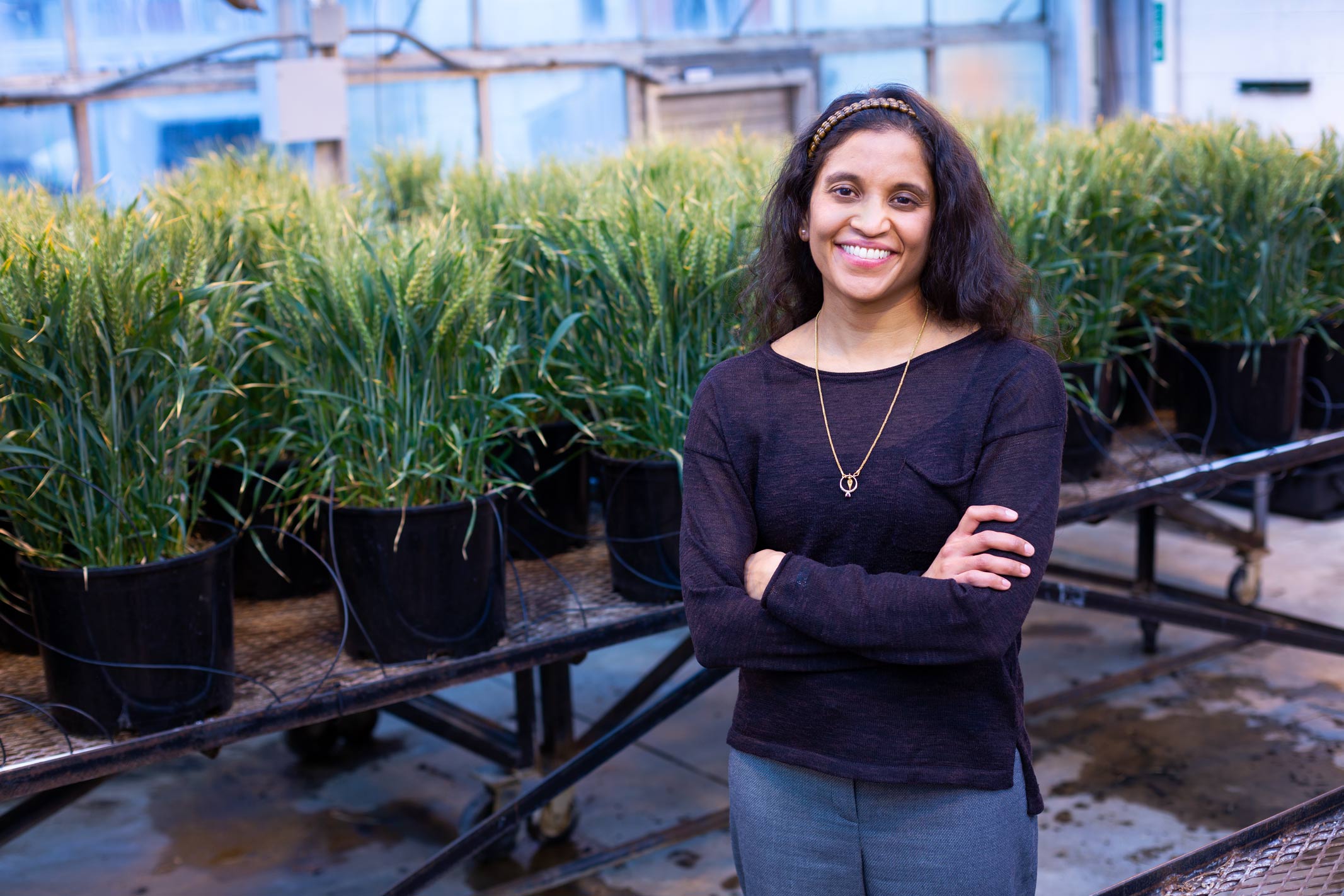 Associate professor of biological engineering Elizabeth Vargis came up with the Raman spectroscopy methodology used in this study.

In their study published on Dec. 4 in Nature: Scientific Reports, researchers at Utah State University analyzed the effects of two abiotic stressors on Pseudomonas chlororaphis O6 (PcO6), a health-promoting bacterium native to the roots of dryland wheat in northern Utah. They found that stress can cause compositional changes in the bacterium’s extracellular structures called outer membrane vesicles, or OMVs. Scientists have long known that bacterial cells release OMVs, but this study asks what factors prompts their release and how the myriad functions of those structures can be leveraged for the crop’s benefit.

Key to this study is understanding that bacteria is not always bad.

“There's a lot more emphasis into what's called the ‘microbiome revolution,’ you know, the fact that you carry four pounds of bacteria on your body right now, and it's not all bad; in fact, it's mainly all good,” said David Britt, full professor of biological engineering at Utah State. “Plants also have a microbiome, or ‘second genome’, and trying to understand how that microbiome interacts with the environment, and its plant host, is very important.” 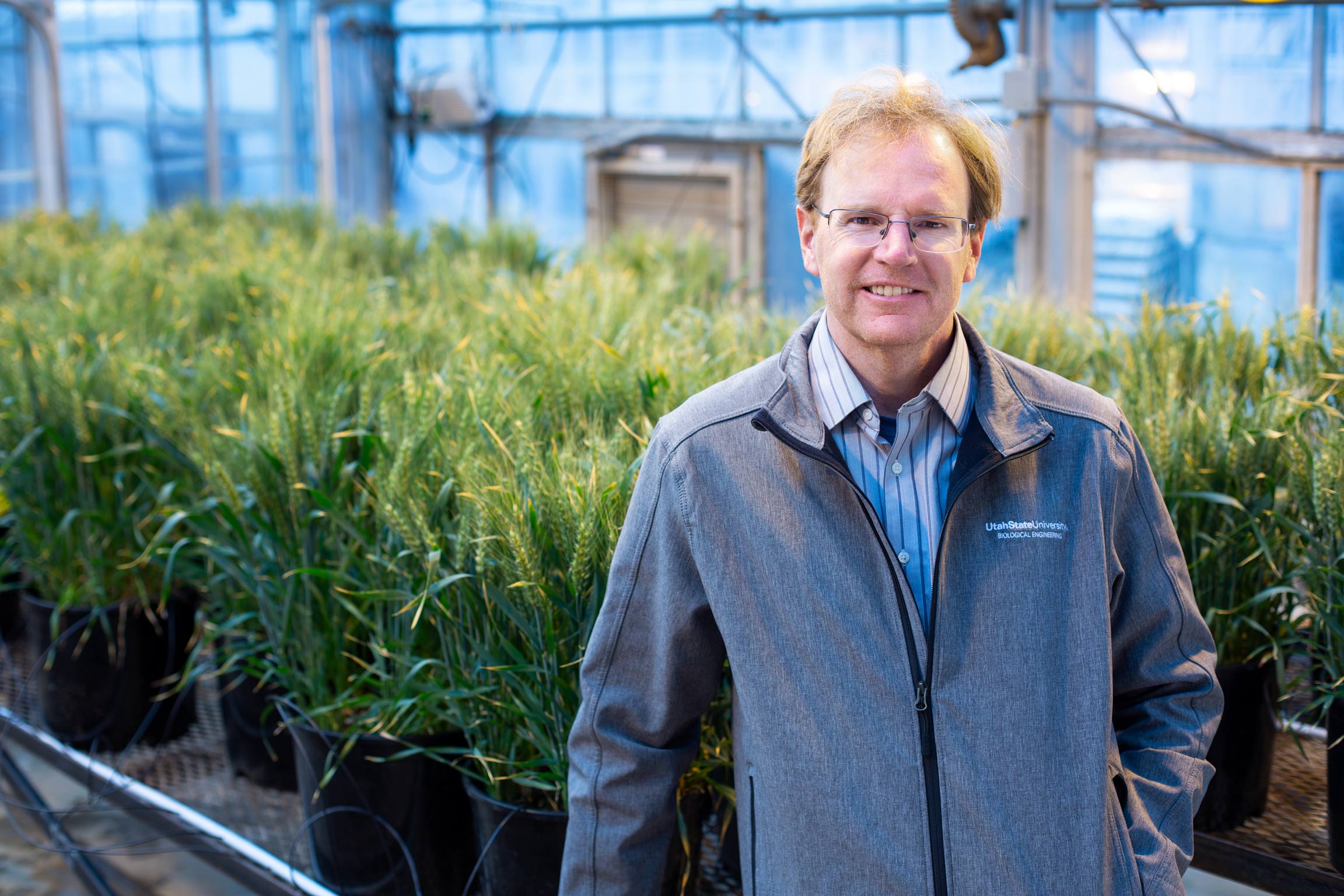 Also key to this study is understanding that stress can be good. The bacterium studied here, for example, protects wheat from drought by forming a film around its roots. But by introducing tiny particles of micronutrients, those benefits could be fortified.

“A little bit of stress is necessary,” said Britt. “You can actually prime the whole system to do better under drought.”

Equally important to the findings are the instrument and algorithms used in the study. This is the first time that researchers have used Raman spectroscopy to study OMVs from root-colonizing bacteria. “We could have done a lot of expensive assays to figure out all these different things that we were interested in looking at,” said Elizabeth Vargis, associate professor of biological engineering at USU. 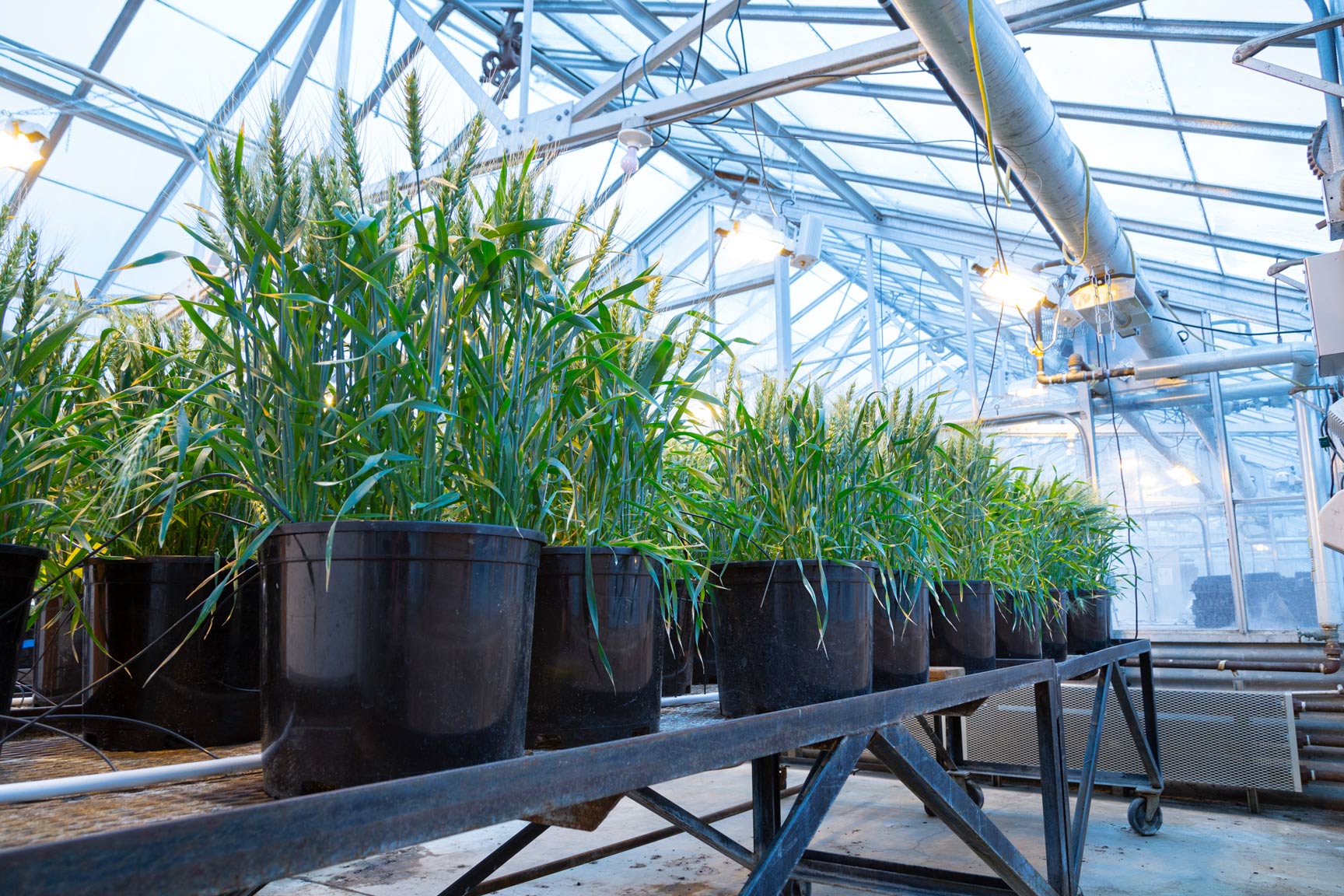 Biological engineering researchers at Utah State are trying to understand how they can leverage the benefits of a plant’s microbiome in the face of adverse agricultural conditions.

Instead, Vargis explained, using Raman spectroscopy coupled with a machine learning algorithm enabled them to identify the type of stress the bacteria were experiencing when releasing these OMVs and the stress-dependent compositional changes therein. These observed changes have implications for cell-to-cell communication and bacteria–plant communication, which are essential to better understanding the microbiome.

The study was supported in part by the National Science Foundation, the Utah State University Agriculture Experiment Station and the USDA National Institute of Food and Agriculture, but its implications extend beyond agriculture. Raman spectroscopy supported by the machine learning algorithms is a powerful tool that can be used in any biological study. “A cancer cell in your body will release extracellular vesicles before we can often detect the cancer through other methods,” said Britt. “This is a very sensitive technique.”