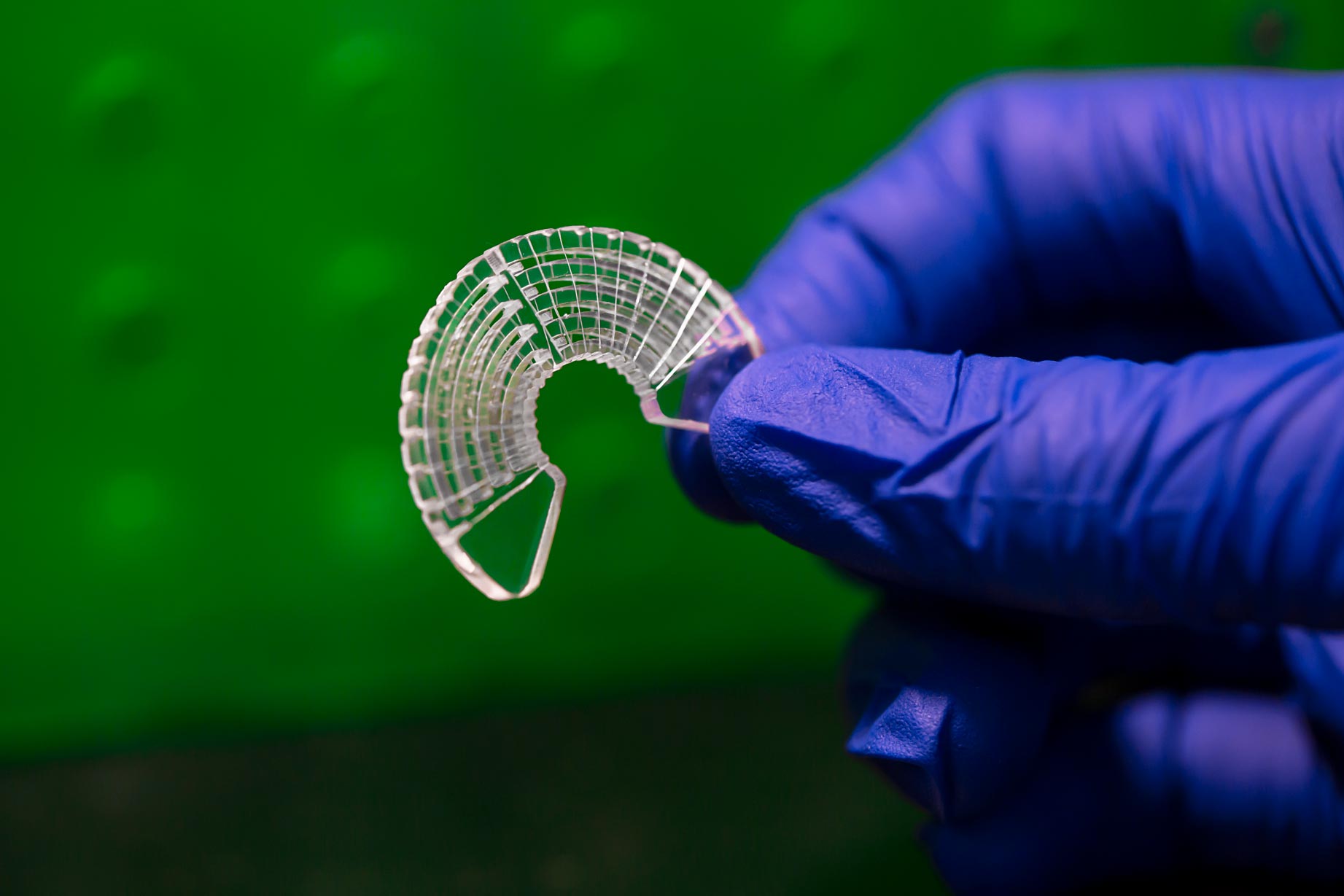 When scientists are trying to understand disease and test treatments, they generally grow model cells on a flat plastic surface (think petri dish). But growing cells on a two-dimensional surface has its limitations, primarily because muscle tissue is three-dimensional. Thus, USU researchers developed a three-dimensional cell culture surface by growing cells on silk fibers that are wrapped around an acrylic chassis. The team used both native and transgenic silkworm silk, the latter produced by silkworms modified with spider silk genes.

Native silkworm silks have been used previously as three-dimensional cell culture models, but this is the first time that transgenic silkworm silk has been used for skeletal muscle modeling. Elizabeth Vargis, Matthew Clegg, and Jacob Barney of the Biological Engineering Department, and Justin Jones, Thomas Harris, and Xiaoli Zhang of the Biology Department published their findings in ACS Biomaterials Science & Engineering. 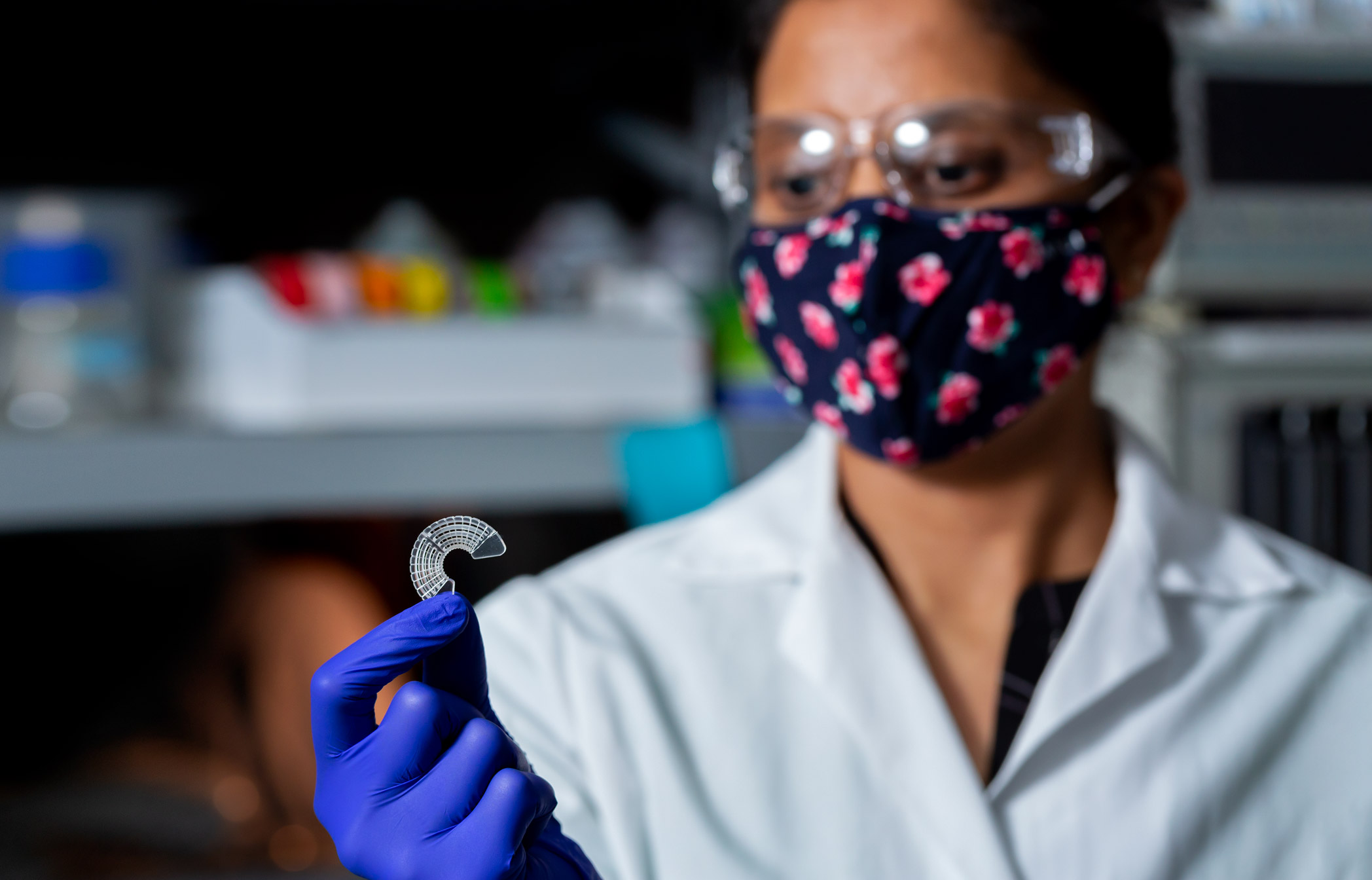 Skeletal muscle is responsible for moving the skeleton, stabilizing joints, and protecting internal organs. The deterioration of these muscles can happen for myriad reasons, and it can happen swiftly. For example, after only two weeks of immobilization, a person can lose almost a quarter of their quadricep muscle strength. Understanding how muscles can atrophy so quickly must begin at a cellular level, with cells grown to better represent reality.

“The overarching goal of my research is to build better in vitro models,” said Elizabeth Vargis, associate professor of biological engineering at USU. “Researchers grow cells on these 2D platforms, which aren’t super realistic, but give us a lot of information. Based on those results, they usually transition into an animal model, then they move onto clinical trials, where a vast majority of them fail. I’m trying to add to that first step by developing more realistic in vitro models of normal and diseased tissue.”