News — Release Aug. 16, 2021 — There are lots of jokes on the Internet about frying an egg on a laptop because it can generate so much heat. The same goes for small satellites. One major difference, however, is that in space there is no atmosphere to dissipate the heat. A USU professor has spent years working to solve that problem, and now he has received a major grant to launch the solution. 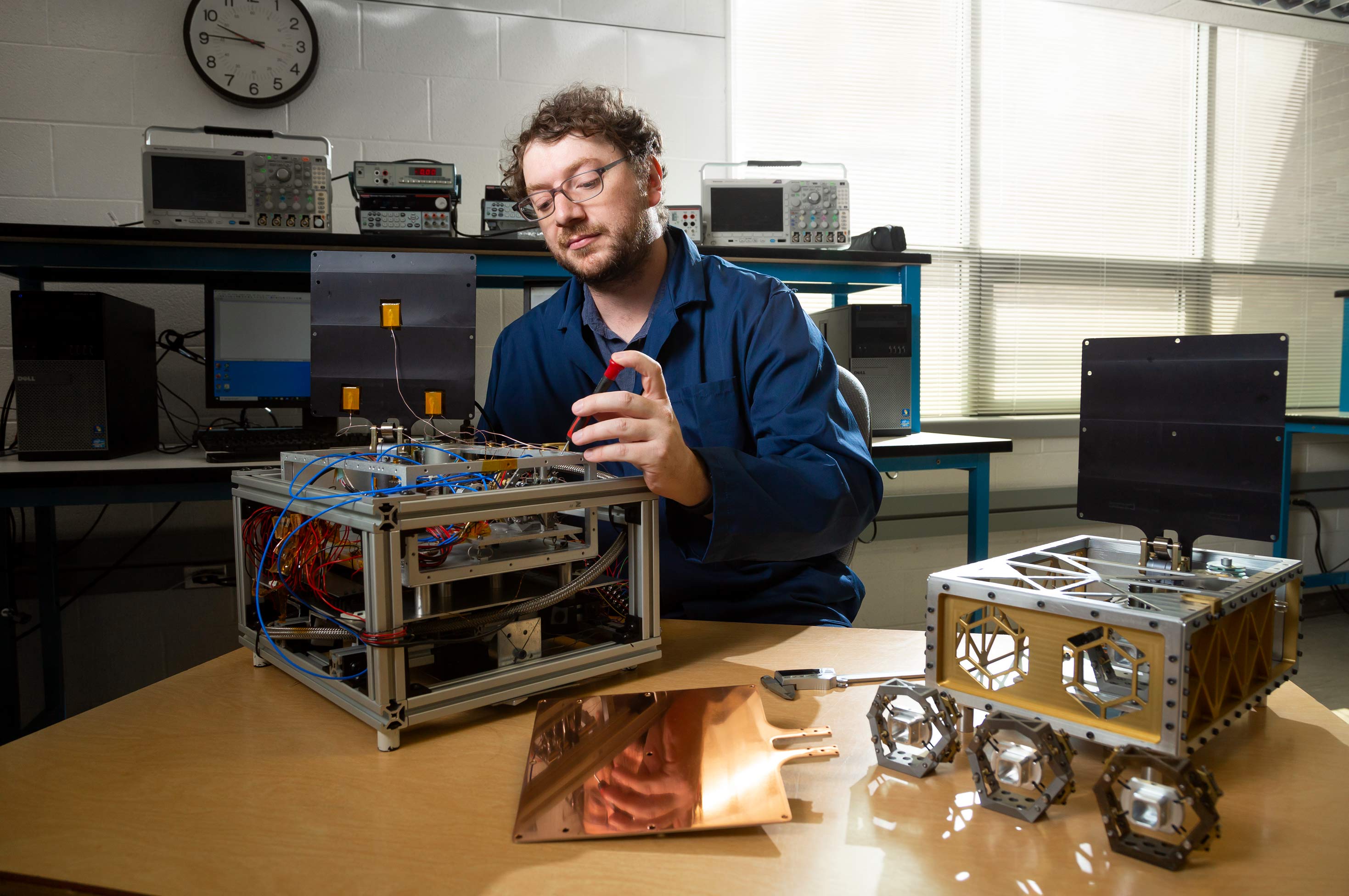 USU researchers will receive $5.4 million in NASA funding to develop and flight-test a new satellite cooling technology. PhD student Luke Anderson helped design and build the first iteration of the technology which will soon fly in space.

Electrical engineering professor Charles Swenson will get $5.4 million in NASA funding to test his active thermal architectures, or ATA, concept in real space flight. Swenson’s ATA technology will be installed inside CubeSats — small spacecraft about the size of two loaves of bread — which are commonly used to monitor Earth’s weather patterns. A portion of the funding will go to Swenson’s industry partner Astra, a Colorado aerospace company that will help commercialize the technology.

CubeSats' thermal problems are two-fold. First, many use infrared cameras to collect data, and infrared cameras work best when they’re cold. The solution is to install a tiny refrigerator inside the satellite to cool it down. But this creates the second problem: refrigerators also generate heat; and in such a tight space, that spells trouble.

Swenson and his PhD student Lucas Anderson designed and built a cooling system similar to those found in car engines. Fluid is pumped throughout the satellite and into a copper-coated radiator that extends into space like a sail. The technology isn't particularly complex; it was just a matter of getting the components small enough to fit inside a CubeSat. After five years of building and testing the ATA in a freezing vacuum chamber inside a USU lab, the technology is finally ready to fly in space.

A self-proclaimed space weatherman, Swenson has been developing small satellites for 30 years. For him, one of the most exciting parts of this project is bridging the gap between university researchers and the aerospace industry.

"We were happy to develop this idea and to help solve the heat problem for satellites and to build and measure and do all the math and the science and the physics to show exactly how to build this thing and make it work," he said. "But when I look at this program, I needed to be able to transfer the technology into industry so it's available for the community to use."

Swenson's project is one of three to receive funding as part of the In-Space Validation of Earth Science Technologies, or InVEST, program. InVEST is a $16.6 million research initiative to test small instruments (particularly CubeSats) and subsystems that can advance technology to improve Earth science measurements. CubeSats can collect data on crop health, urban heat, sea surface temperatures and even forest fires.