October 13, 2021 — This year for Utah State University’s A Day of Giving the College of Engineering is raising funds to create an endowed scholarship in honor of Joe Caliendo, a former USU associate professor of civil and environmental engineering. The goal is to raise at least $25,000 to support civil engineering students in perpetuity.

Caliendo taught at Utah State from 1992 until his death in 2019. He was named the 2017 College of Engineering Teacher of the Year and mentored hundreds of undergraduate and graduate students. 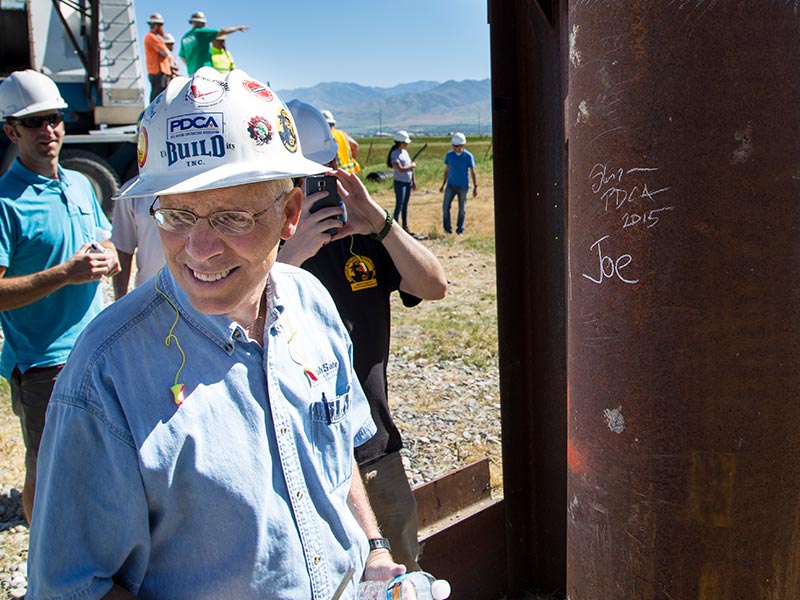 Joe Caliendo taught at the USU College of Engineering from 1992 until his death in 2019. For USU’s annual A Day of Giving, the college is raising funds for an endowed scholarship in his name. (USU)

Before joining USU, Caliendo worked for seven years with the Florida Department of Transportation and served as that state’s head geotechnical engineer, overseeing the design and construction of large bridges with complex foundation systems.

Caliendo was a U.S. Navy veteran, Navy diver and a proud former member of Seabee Underwater Construction Team 2. He and his wife, Joyce, raised five children, four of whom graduated from USU.

In addition to his work as an educator, Caliendo’s legacy includes his namesake sandwich served in the USU Hub eatery for over two decades. The signature Marv n’ Joe open-faced sandwich was co-created by Caliendo and his colleague Marv Halling — also a professor of civil and environmental engineering.

Although A Day of Giving is officially Oct. 21, there is no need to wait to contribute to the fund. Click here for more information or to make a donation.