News Release — Feb. 18, 2021 — Associate professor of civil engineering John Rice has been selected as a Fulbright Scholar Alumni Ambassador. Rice was one of a handful of alumni chosen from more than 170 applicants to serve in the position. 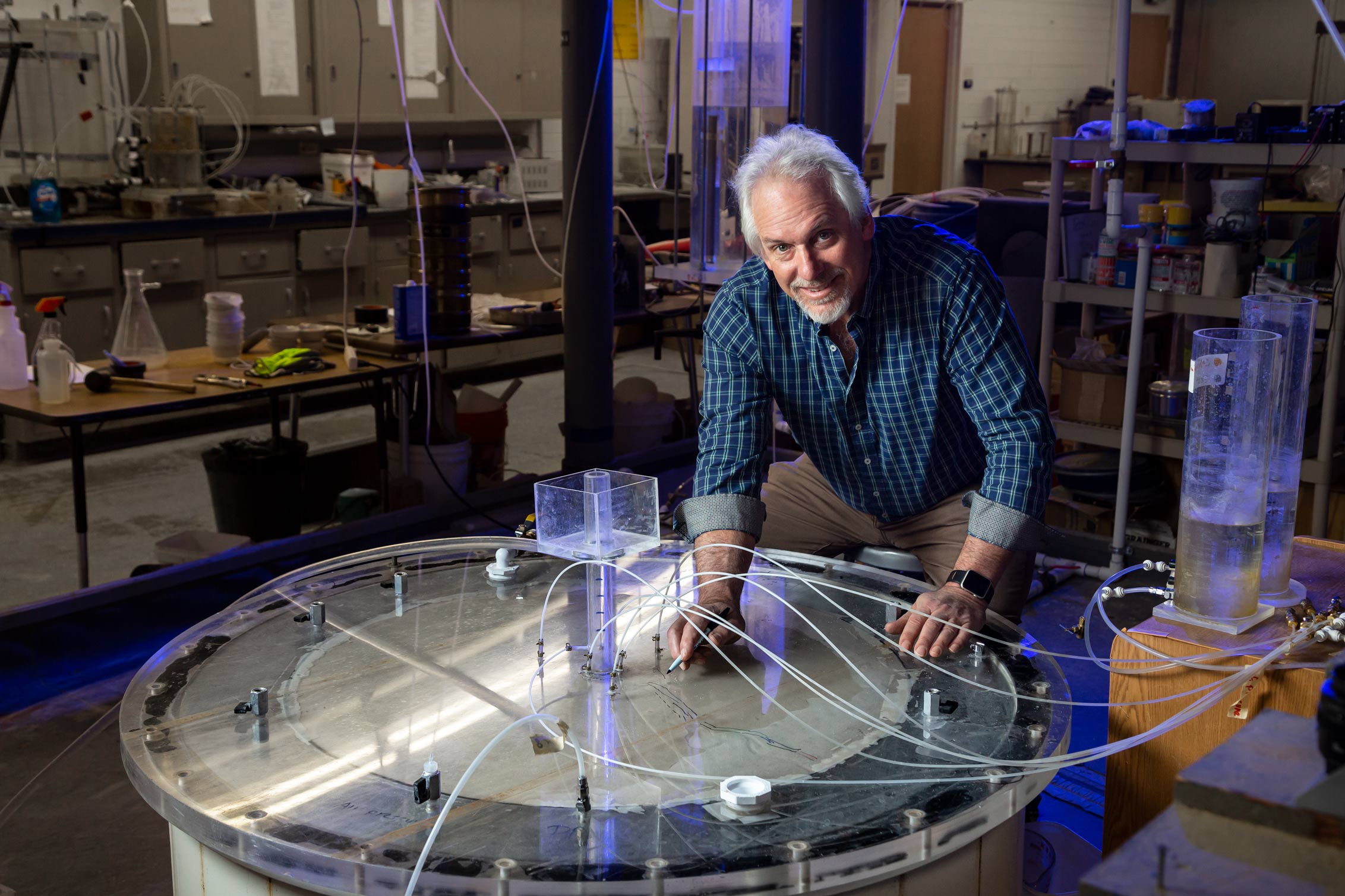 Civil engineering professor John Rice was named as a Fulbright Scholar Alumni Ambassador, a competitive position to represent one of the country’s most prestigious scholarships. Photo: Matt Jensen

Rice received a Fulbright research fellowship for the 2018–19 academic year, which funded his sabbatical in the Netherlands. There, he studied levee seepage–related failure mechanisms with researchers at Delft University of Technology and Deltares, a world-class water research laboratory also located in Delft. Rice’s levee expertise was especially useful in the Netherlands, where much of the country’s population lives below sea level.

What Rice appreciated about the Fulbright was the flexibility it offered. Rice had a lot of opportunities to work in the field on a variety of projects; on one occasion, a PhD student from TU Delft was running a full-scale levee failure test and invited Rice to come along.

“I had the opportunity to observe a 24-hour levee failure test conducted by a PhD student. I was out there until 10 p.m. one night observing the progression of the failure and providing input and feedback for what we were observing,” said Rice. “It’s that kind of flexibility that allows you to get involved in all the things you are interested in and you learn a lot.”

Rice wanted to become an alumni ambassador not only because he enjoyed his Fulbright experience but also because he supports its mission. “It's not just doing research; you're expected to really be an ambassador for the United States.”

As an alumni ambassador, Rice will represent the Fulbright Program in campus presentations and at academic conferences, answering questions and offering advice to potential applicants. He will also be correcting misconceptions about Fulbright scholarships, namely, that they are so prestigious that they aren’t even worth applying for.

“Some people may say, ‘Because I'm not a R1 university employee, I don’t stand a chance at getting a Fulbright,’” said Rice. “We gave a good rating to someone that was from a community college, but they had a great plan and were doing the kind of research that was applicable for where they were going.”

To those interested in a Fulbright scholarship, Rice offers some advice: make a plan, make connections, and just apply. “Your chances are probably better than you think. Even though it is very prestigious, there's quite a few opportunities out there.”