News Release — Oct. 11, 2019 — Mechanical engineering Professor Barton Smith is best known for two signature characteristics: he’s a baseball fan; and he’s skeptical when someone claims to know something with absolute certainty. His Twitter handle, after all, is @NotRealCertain. Smith’s reluctance to embrace what others consider final truth makes him an ideal candidate to study one of the most perplexing questions in sports science. It’s one that has captivated fans and conspiracy theorists for months: What’s behind the increase in home runs in pro baseball? 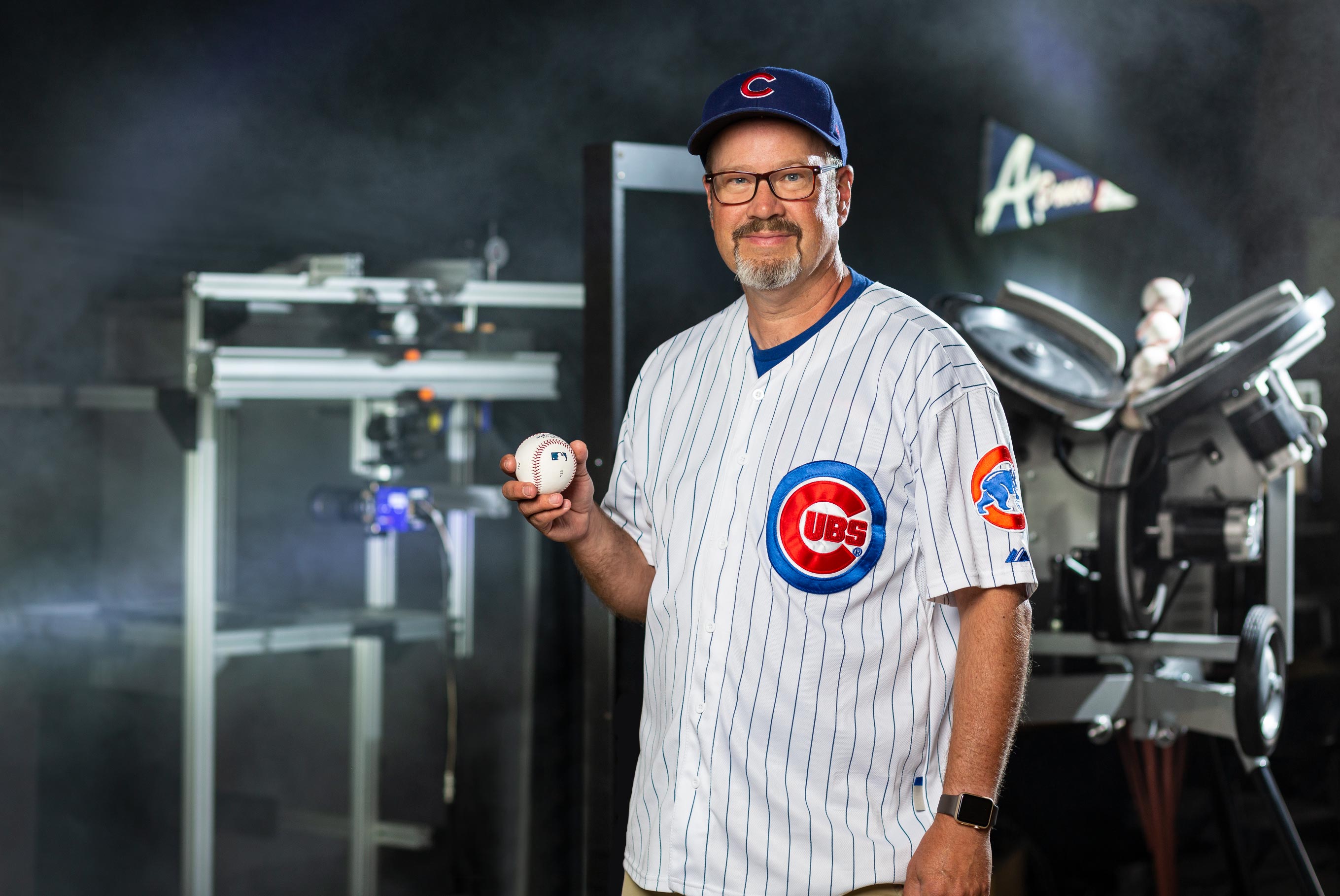 The “juiced ball” theory — with its double meaning — suggests either the ball itself has been physically manipulated or athletes are using performance enhancing drugs to hit it harder. For Smith and fellow researchers looking for solid answers, the truth is more difficult to pin down. He and colleague Lloyd Smith at Washington State University’s Sports Science Lab have been working together on the problem for about 18 months. So far, they agree on one fact: the overall drag on baseballs is down.

“The majority of drag on a baseball is due to its wake rather than friction on its skin,” said USU’s Smith. The size and shape of wake can vary substantially from pitch to pitch. As a ball travels through the air, its seam crosses the axis of rotation. In some pitches, the seam may cross the axis two or four times per rotation — the meaning behind the two- and four-seam fastballs. The position of the seam relative to the axis — averaged over the duration of the pitch — affects how air moves around the ball. By changing the orientation of the seam, an experienced pitcher can indirectly change the amount of wake generated behind the ball.

“The physics of a flying sphere are very complicated,” said Smith. “Compared to other sports balls, baseballs are even more complicated because of their raised seam. We’re lucky the seam is shaped this way because it makes the game more interesting.” 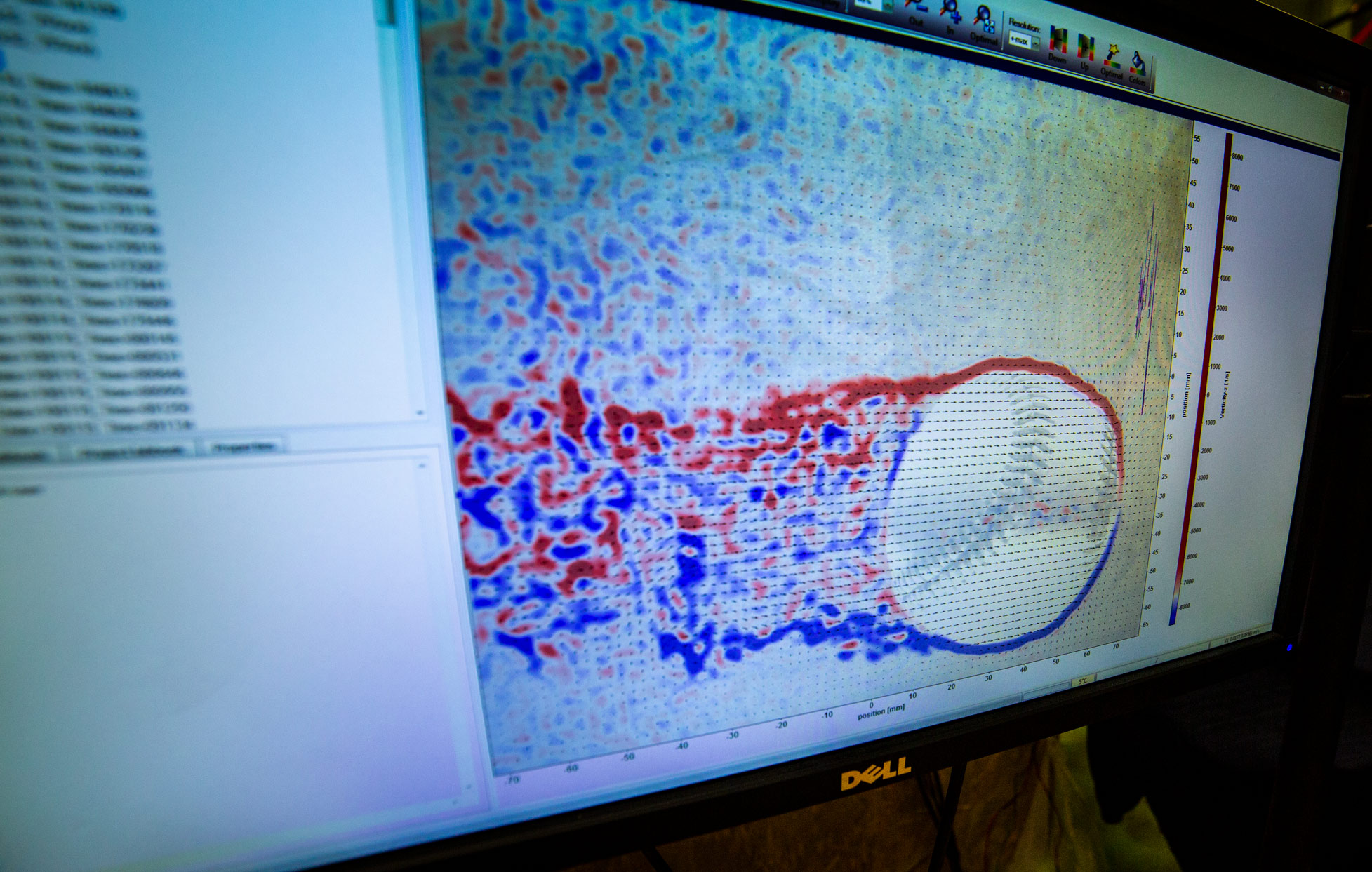 At the recent SABER Seminar in Boston, Smith presented his findings to a group of statisticians and baseball insiders. The takeaway was that seam height affects the formation of wake. Smith and graduate students Andrew Smith and Nazmus Sakib and undergraduate John Garret developed a study to test that theory. They used a specially designed cannon to launch hundreds of professional and collegiate balls into a test apparatus equipped with high-speed cameras. They found that baseballs used by today’s professional teams have lower profile seams compared to older collegiate balls. Smith argues that baseballs with lower seams, on average, tend to generate smaller wakes compared to high-seam balls. And, reluctant to jump to conclusions, he says his theory isn’t perfect.

“Seams can change the drag of the ball, but that effect happens over a narrow range of angles,” he explained. “Most of the time, the major league ball and the high-seam ball will be the same. However in certain orientations, their drag characteristics will be very different. Those orientations don’t last very long, but they can still significantly change the aerodynamics of the ball.”

Even as Smith presented in Boston, audience members were anticipating a major announcement from Major League Baseball. Just a week before the Boston event, USA Today published a story featuring Lloyd Smith, stating that scientists had discovered the “smoking gun” in the juiced ball mystery. The author speculated that in the coming weeks the league may reveal what’s causing the surge in home runs. For now, however, fans are still waiting at the edge of their seat.