The 43-foot-tall sounding rocket launched at 6:51 a.m. from Wallops Flight Facility on the eastern shore of Virginia. The vehicle flew in space for approximately seven minutes and reached an altitude of 107 miles before parachuting back to Earth and splashing down in the Atlantic Ocean for recovery. 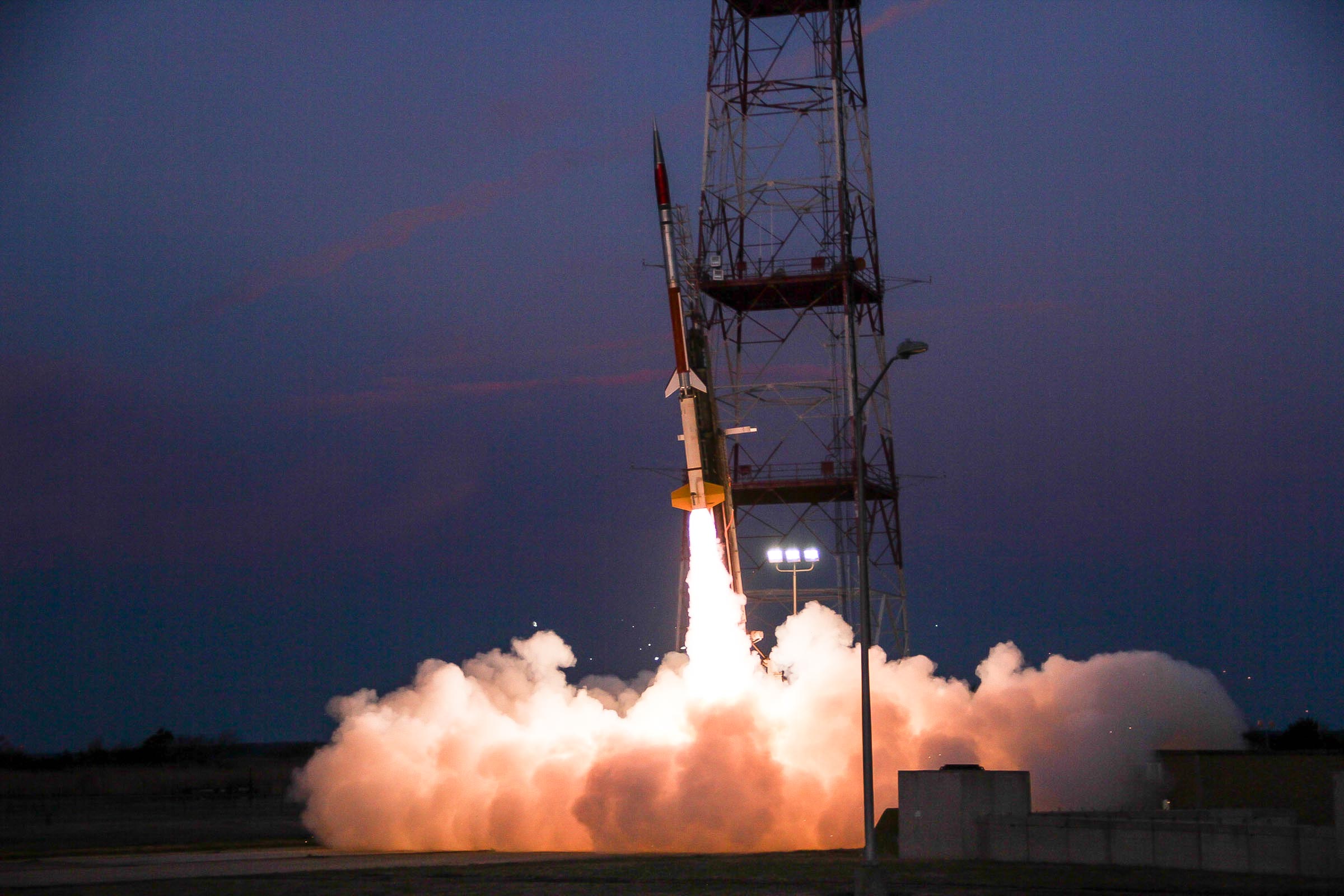 A USU student-built experiment rocketed into space from the NASA Wallops Flight Facility in Virginia, on March 25. (NASA/Jamie Adkins)

USU’s payload was one of four selected to fly on the rocket. Student teams from the University of Nebraska–Lincoln; the University of Kentucky, Lexington; and the Florida Institute of Technology, Melbourne, also had experiments on board as part of NASA’s Undergraduate Student Instrument Project known as USIP. 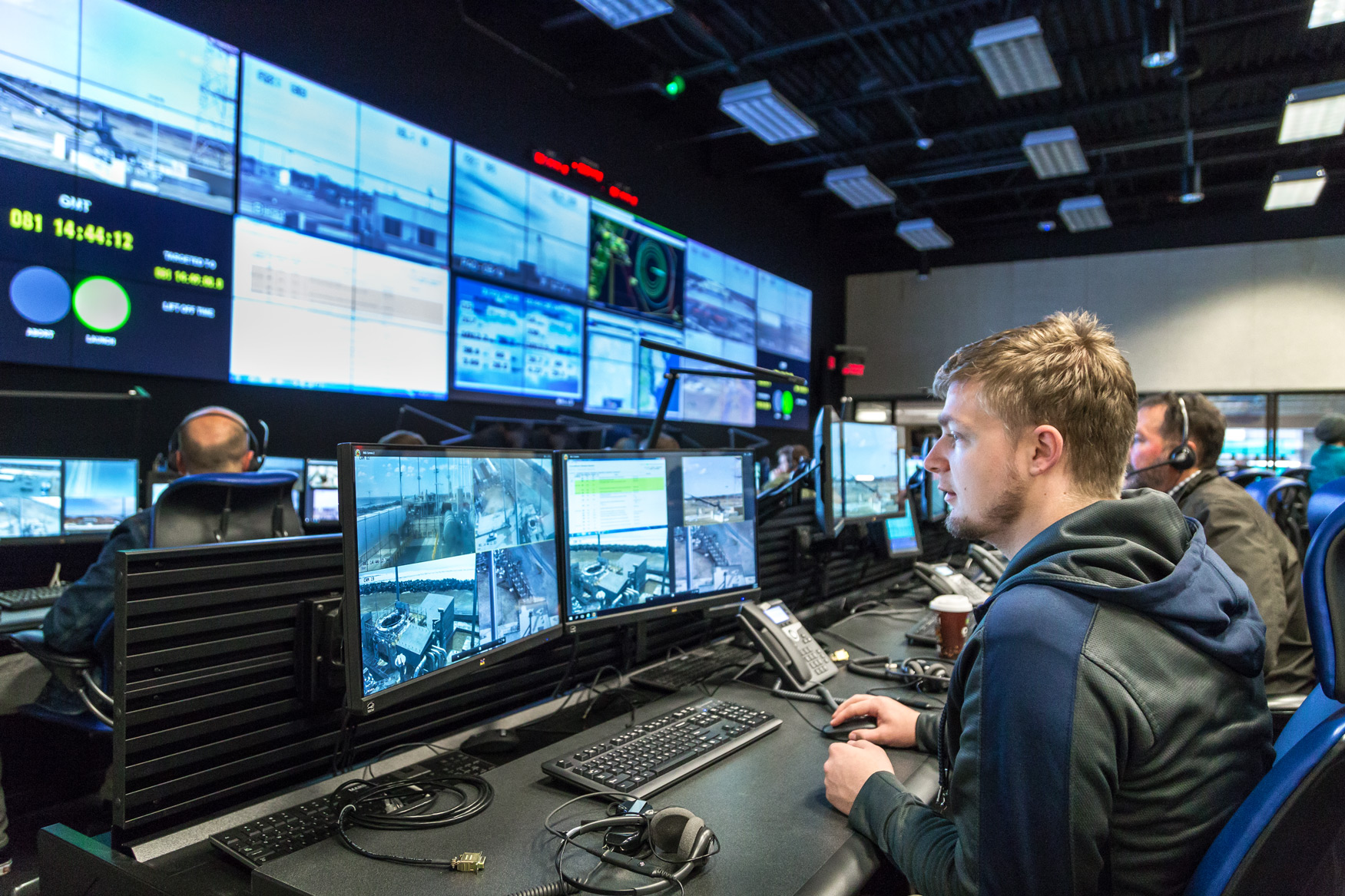 USU aerospace engineering graduate students Marc Bulcher, Zac Lewis and Rob Stoddard, and aerospace engineering professor Stephen A. Whitmore designed and built the USU experiment. Their goal was to flight test a new type of thruster developed and patented by Whitmore. Thrusters are small motors used to orient spacecraft in zero gravity. The new USU thrusters are made with printed ABS plastic — the same material used to make Legos — and do not burn conventional liquid rocket fuel.

“The vast majority of liquid rocket fuels used for space propulsion are extremely dangerous and toxic,” said Bulcher. “Hydrazine, for example, powers thrusters that control satellites and small spacecraft. Hydrazine is carcinogenic, expensive to make and presents many safety and environmental challenges.” 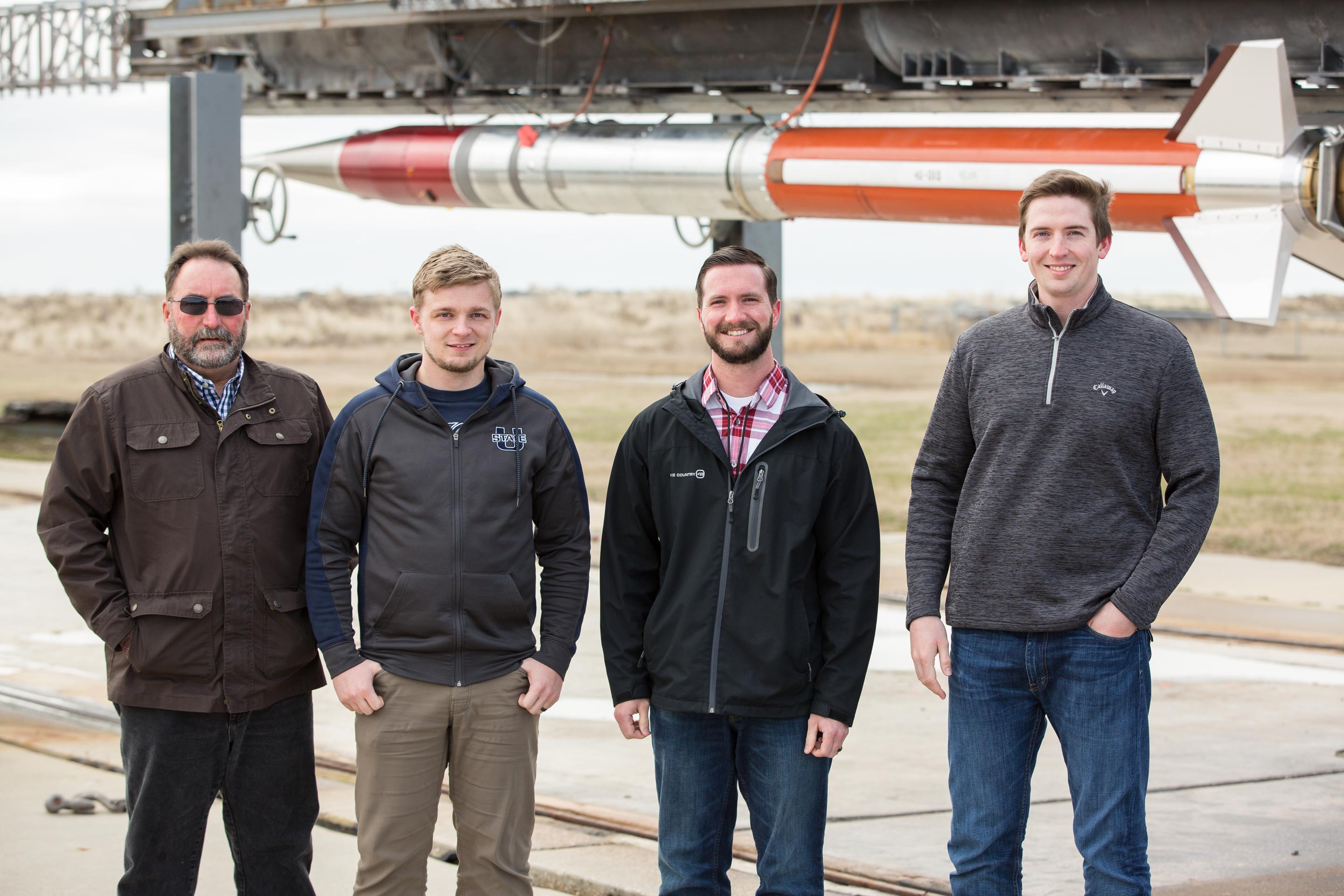 To test the new thrusters, the team mounted two of the soda-can sized units to a small test frame inside the large sounding rocket. When the rocket reached the appropriate altitude, its mid-section fell away and exposed the student experiments to the vacuum of space. Whitmore confirmed the test was successful and said each thruster fired five times. Next, the team will determine if exhaust plumes from the thrusters contaminated a nearby optical sensor. If the thrusters burn clean, the technology could revolutionize the space industry.

Such in-flight measurements had never been obtained for this type of thruster system. And Whitmore says a rocket of this class had never been started and re-started in a space environment. Until now.

“This is the first time a USA-developed green propellant has been flight tested in space,” said Whitmore. “It’s an exciting time for us because this gives our students unparalleled industry experience, and at the same time we’re developing something that could completely change the small spacecraft industry.”