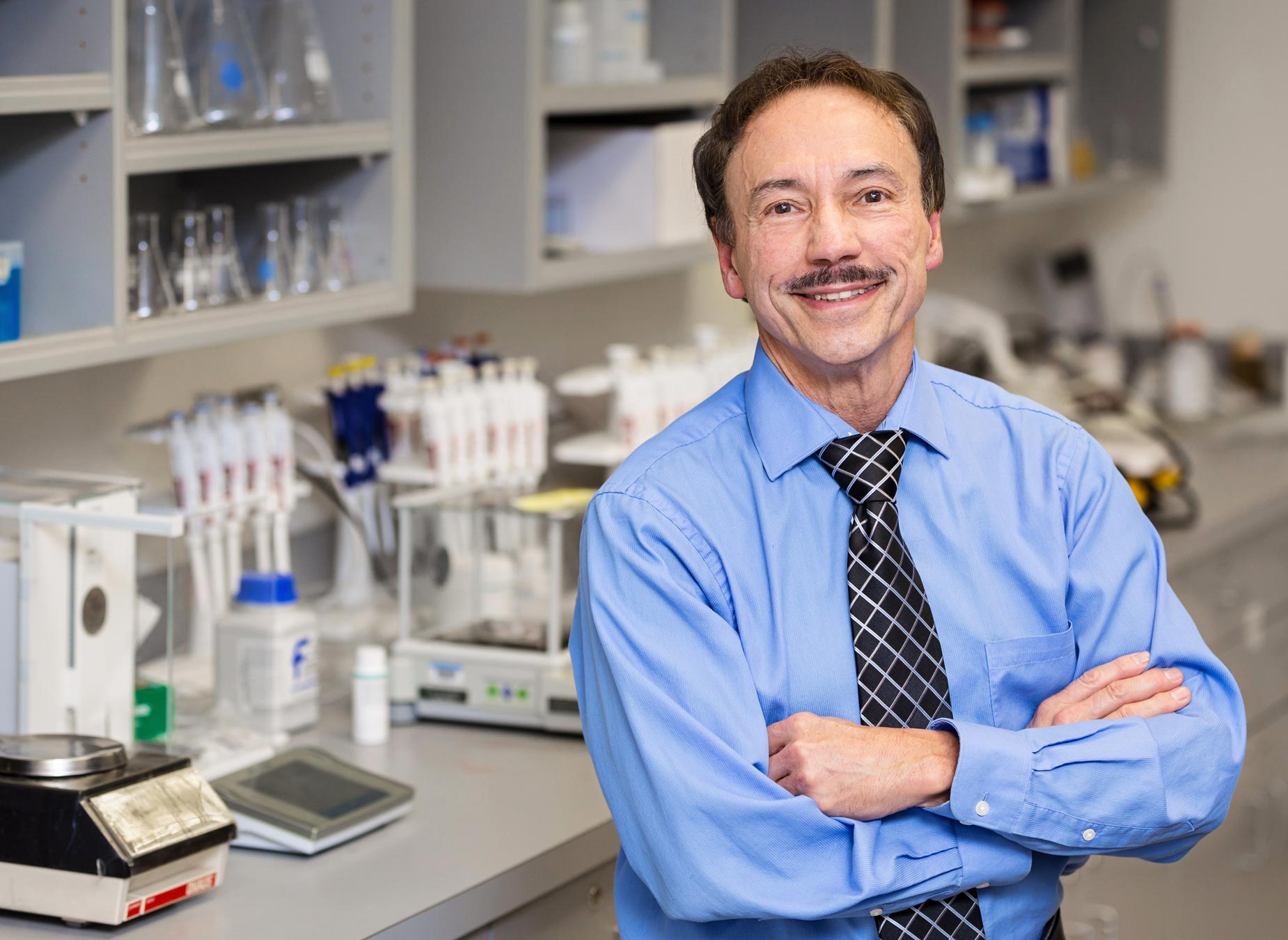 Named after USU’s first vice president for research, the award honors USU faculty that have exceptional research careers and have produced a significant portion of their work while at USU. The award is given annually to one senior researcher, recommended by a committee of peers and previous award recipients. Nominees are evaluated for the significance, impact, and quality of their research and their recognition by national and international experts.

In his 49-year career in industry, government, and higher education, Sims has demonstrated meaningful contributions to the field of biological and biomedical engineering. Before joining USU in 1982, Sims held several leadership roles at companies and institutions across the country including Research Triangle Institute, Bayer AG, and the International Program in Environmental Aspects of Industrial Development at the University of North Carolina, Chapel Hill. He served as head of what is now USU’s Biological Engineering Department from 2003 to 2014 and was director of the Utah Water Research Laboratory from 1996 until 2003.

The goal of Sims’ research has always been to improve public health and environmental sustainability. Most of Sims’ work is in a subset of biological engineering called bioprocess engineering, which aims to develop technology and processes of manufacturing biologically-derived products often through the use of wastewater treatment. Wastewater from municipal and industry sources, Sims explains, contains chemicals that serve as food for microorganisms. The microorganisms transform those chemicals into valuable bioproducts like bioplastics, bioenergy chemicals, fertilizers, and animal feed. Developing these “waste-to-bioproducts” pathways is a major part of the Sustainable Waste to Bioproducts Engineering Center, which Sims has co-directed since 2015.

Over the years, Sims has published 260 articles and has received more than 8,000 citations, all while garnering more than $15 million in funding as a PI or Co-PI of 51 projects. But at the core of Sims’ research success is a firm belief in “failing forward,” a sentiment he often shares with student researchers.

“Failure is a valuable teacher,” said Sims. “What’s important is the trust among research teams to be able to fail, to recognize the failure, and to use the lessons of failure to change what we do to increase the likelihood of success.”

Outside of academia, Sims has enjoyed numerous collaborations with government agencies to train others in sustainable practices. Early in his career, he collaborated with U.S. Environmental Protection Agency staff to develop curricula and to train engineers, scientists, and administrators around the globe in management approaches for addressing contaminated drinking water, air, and soil at hazardous waste sites. Sims also worked with the U.S. State Department and the United Nations Industrial Development Organization to develop a curriculum and provide training on how to accomplish industrial development while also protecting public health and the environment.

“Look forward through the eyes of experience but with the enthusiasm and energy of youth. That’s what I’ve learned being at USU.”