The awards were announced March 27 by the Barry M. Goldwater Scholarship and Excellence in Education Foundation, which administers the program. He was among 396 awardees selected this year from more than 1,300 nominees representing 461 institutions.

With this year’s award recipients, USU boasts 34 Goldwater Scholars and 16 honorable mention recipients since 1998; numbers that rival the nation’s top universities. Each year, USU may submit up to four nominations for the award; a process, coordinated by the USU Honors program that begins in November. Award recipients receive one or two-year scholarships of up to $7,500 per year toward annual tuition and expenses. 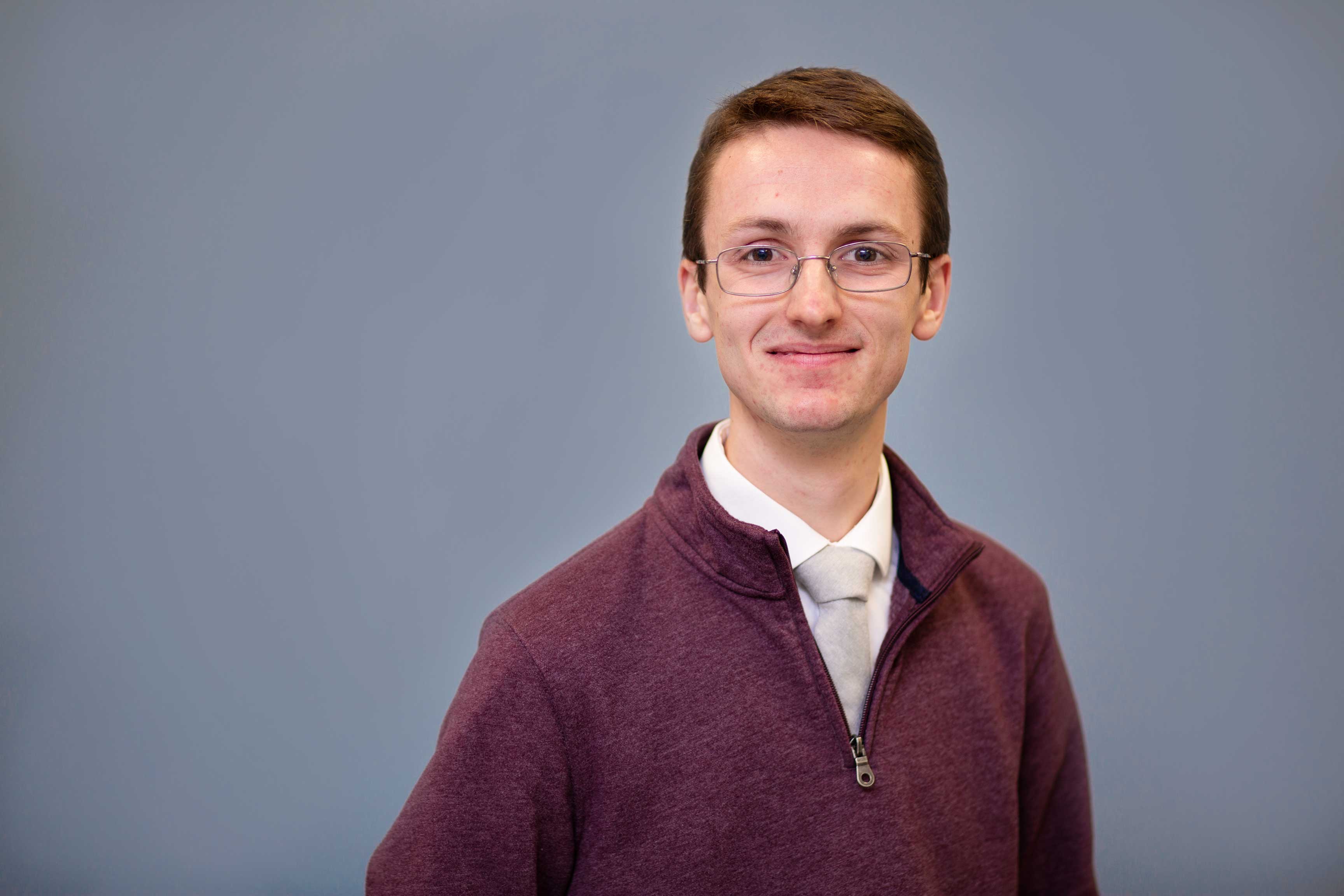 Kjar desperately wanted to take AP Biology, but his high school didn’t offer it. Undaunted, Kjar persuaded this biology teacher to allow the teen to take an independent study course and prepare for the AP biology exam on his own.

Kjar read textbooks late into the night and stayed after school to perform AP curriculum experiments. One evening, he was so engrossed in his work, his parents frantically contacted the school looking for him.

Kjar brought the same enthusiasm to Utah State, where the Honors student has been involved in multiple research endeavors, including 3D fabrication for neural tissue engineering, study of potential implant materials and efforts to formulate a novel drug delivery system for treatment of cytomegalovirus infection.

Kjar’s interest in cytomegalovirus research was prompted by a tragedy, while the USU student spent two years in the United Kingdom.

“A family I worked with had a ten-year-son, born with a congenital cytomegalovirus infection,” he says. “The child died five months after I met the family and I witnessed their grief, as well as the extensive care their son needed during his life. I thought, ‘What can I do for people in this situation?”

Biological engineering, he’s realized, gives him the tools to combat such problems. With this focus, Kjar plans to pursue a doctorate in biomedical engineering, to conduct research in tissue models, with a focus on disease modeling.

Kjar has received a number of recognitions, including an Engineering Undergraduate Research Award and an Honors Research Fund Award. He was also named “Outstanding Junior” for USU’s Department of Biological Engineering.

Beyond the lab, Kjar is an accomplished bassoonist, who has performed with the Utah Symphony, the USU Symphony Orchestra and the Cache Symphony Orchestra. He also serves as an organist for his religious congregation.

“As I learned from my early experiences: If an opportunity isn’t offered already, find a mentor who will offer you the opportunity,” he says.