Jan. 9, 2020 — Cedric Mannie grew up in a small rural Native American community called Kinlichee on the Navajo Reservation. The closest grocery store was an hour away, and the only access he had to the internet was at his school.

Now, Mannie is a senior at Utah State University pursuing a degree in computer engineering. He’s collaborating with students at the College of Education to conduct research on improving life for Native Americans living on reservations. 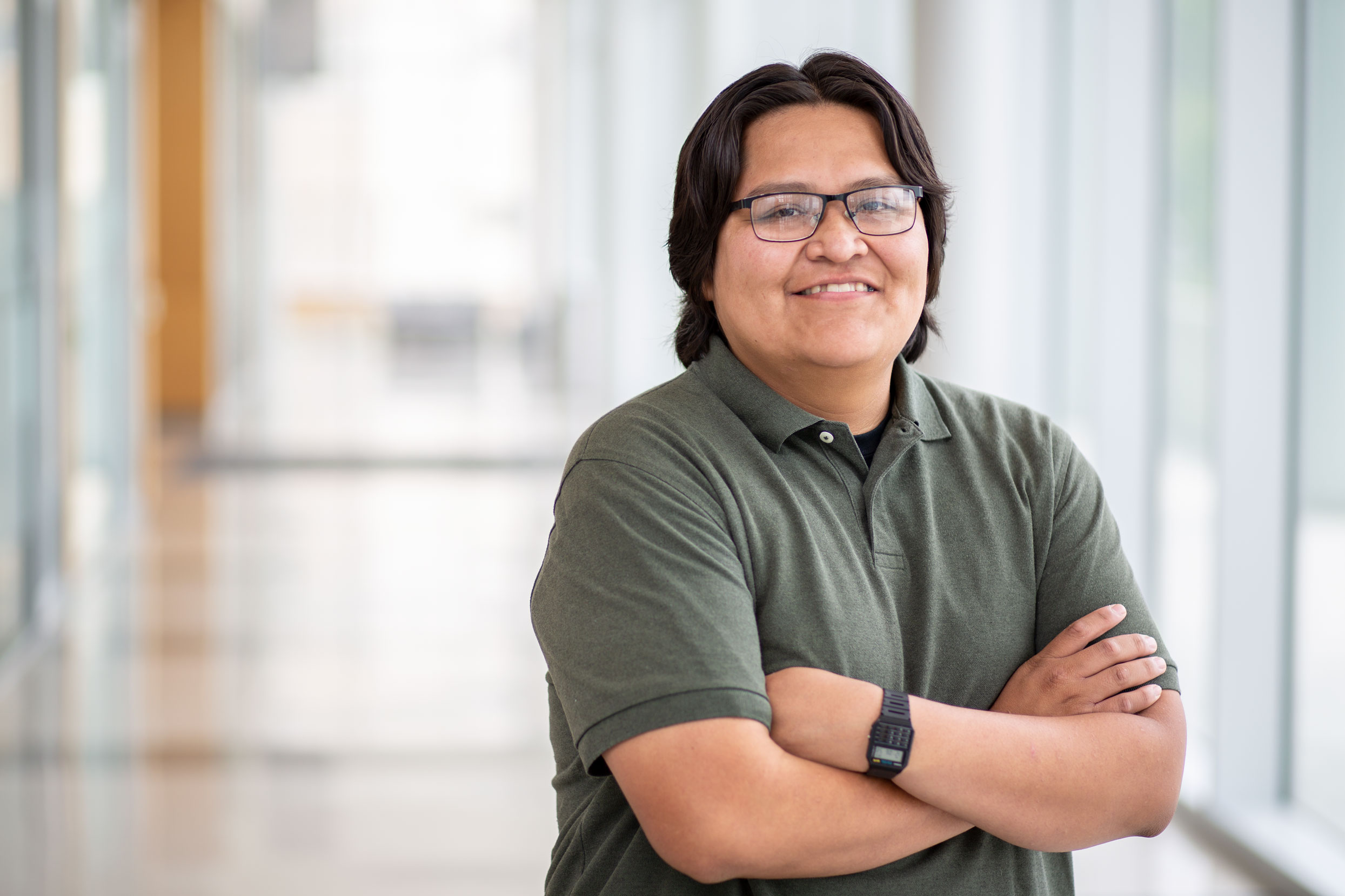 “Many Native Americans have health problems throughout their lives because they are uneducated about their health and learn too late in life,” Mannie said.

This past summer, Mannie developed a cost-effective health monitoring wristband, and taught American Indian children living on reservations how to build their own.

Mannie later worked with fellow Native American student Kameica Yazzie who is studying kinesiology and health science in the Emma Eccles Jones College of Education and Human Resources. Together, they lead a workshop called, “We Got the Beat,” to introduce Native American children to technology and higher education.

“I wanted to do this in the hopes of sparking an interest for these children to pursue higher education,” Mannie said. “The environment I grew up in, I would go into town and see people intoxicated or on drugs, and it made me want to try and make a change in my community.”

Mannie has come a long way from the community where he grew up. For a first-generation college student, the path to higher education can be a mystery. Mannie says he hopes to change that for his family and for his community. Based on his experiences so far, he’s well on his way, learning by doing and being an example to others of how to be successful in college.

Mannie was recently featured in the Winds of Change online magazine by the American Indian Science and Engineering Society. In the article, he discusses his life in the Navajo Reservation and his college journey. You can read more about Mannie’s journey here.