April 29, 2019 — The College of Engineering at Utah State University welcomes David A. Kunz as the new senior director of development. Kunz joined the college on April 24. He will oversee all fundraising efforts and in-kind donations from industry partners.

Kunz has 19 years of nonprofit fundraising experience for the nation's foremost youth development organization, the Boy Scouts of America. Prior to joining USU, Kunz served as an assistant council executive and chief operating officer for Oregon Trail Council, Boy Scouts of America, an organization that serves 4,000 scouts and adult leaders in seven counties of Western Oregon. 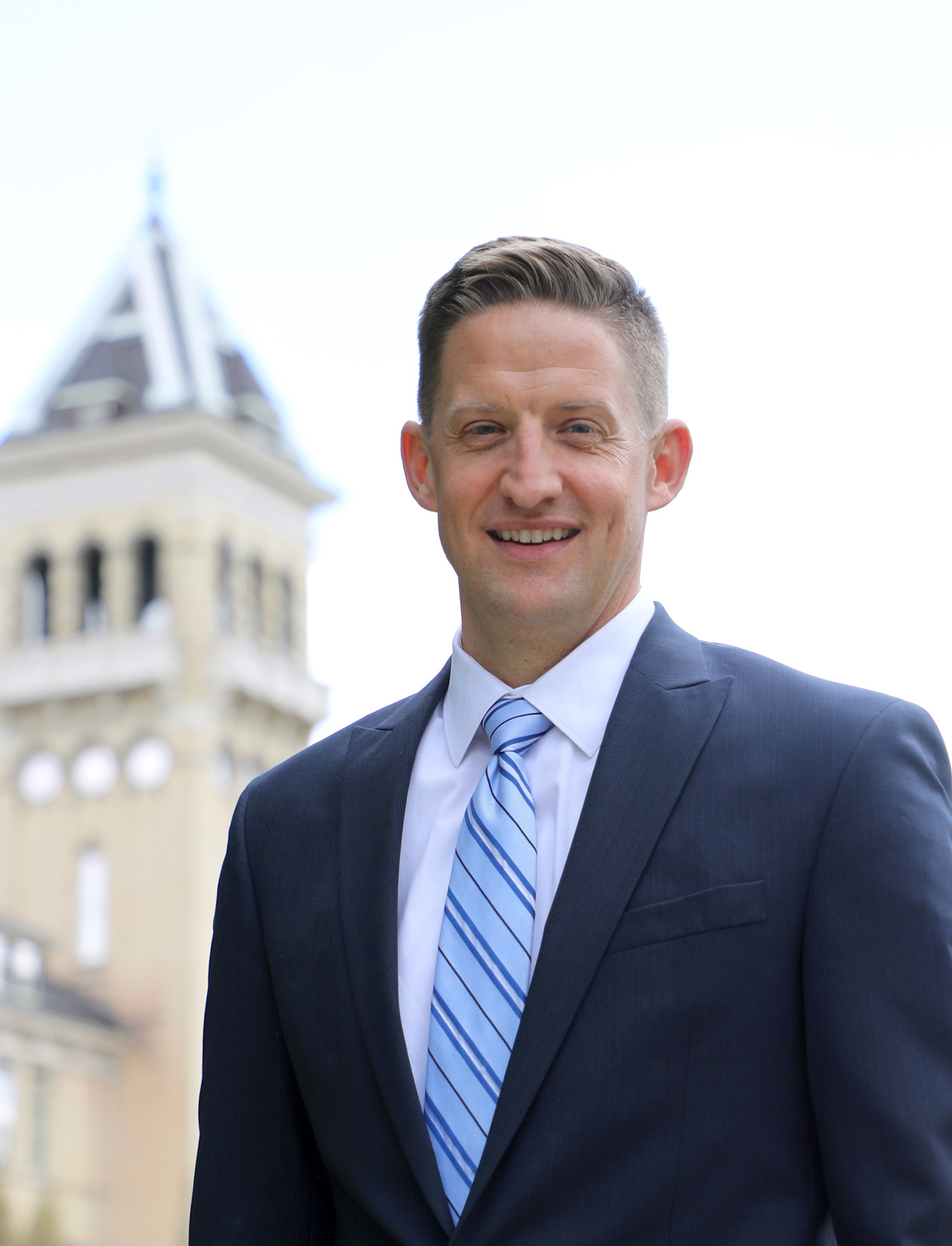 Kunz was raised in Salt Lake City and attended the University of Utah and later Utah State University. He worked his college summers as a whitewater river guide in Jackson Hole, Wyoming for a high adventure base operated by the BSA. Upon graduating from Utah State University with a bachelor's degree in public relations, he was commissioned into national nonprofit management with the BSA office in Salt Lake City as a district executive. After proving success in local fundraising campaigns in territories covering South Jordan, Bountiful and Cottonwood Heights, he accepted the position of development and marketing director in 2006 for the Great Salt Lake Council. He worked on a team to procure $4.5 million in capital campaign contributions for BSA facilities. In 2010 he cultivated a $3.2 million land exchange with the Trust for Public Lands for National Forest inholdings in Millcreek Canyon along the Bonneville Shoreline Trail.

In 2011 he accepted the position of senior development director for the Cascade Pacific Council in Portland, Oregon, to lead its $1.2 million annual campaign, event fundraisers and foundation gifts.

For his work, Kunz has been awarded the Professional Circle Award, Chief Executive’s Winners’ Circle, and Journey to Excellence Gold Award. Kunz said one of his most notable honors came from a group that established a James E. West Fellowship endowment gift in his name.

He and his wife, Holly, have lived in Oregon for the past eight years. They have four children, Allison, Cameron, Jared and Sam. Allison is a sophomore at Brigham Young University studying nursing. Kunz enjoys fly-fishing rivers of the Intermountain West and backpacking the high country of Utah and Wyoming.