The Idea Factory is a state-of-the-art design and fabrication facility which opened in the fall of 2017. The space originally opened with 1,600 square feet and in less than one year has expanded to 2,750 square feet. 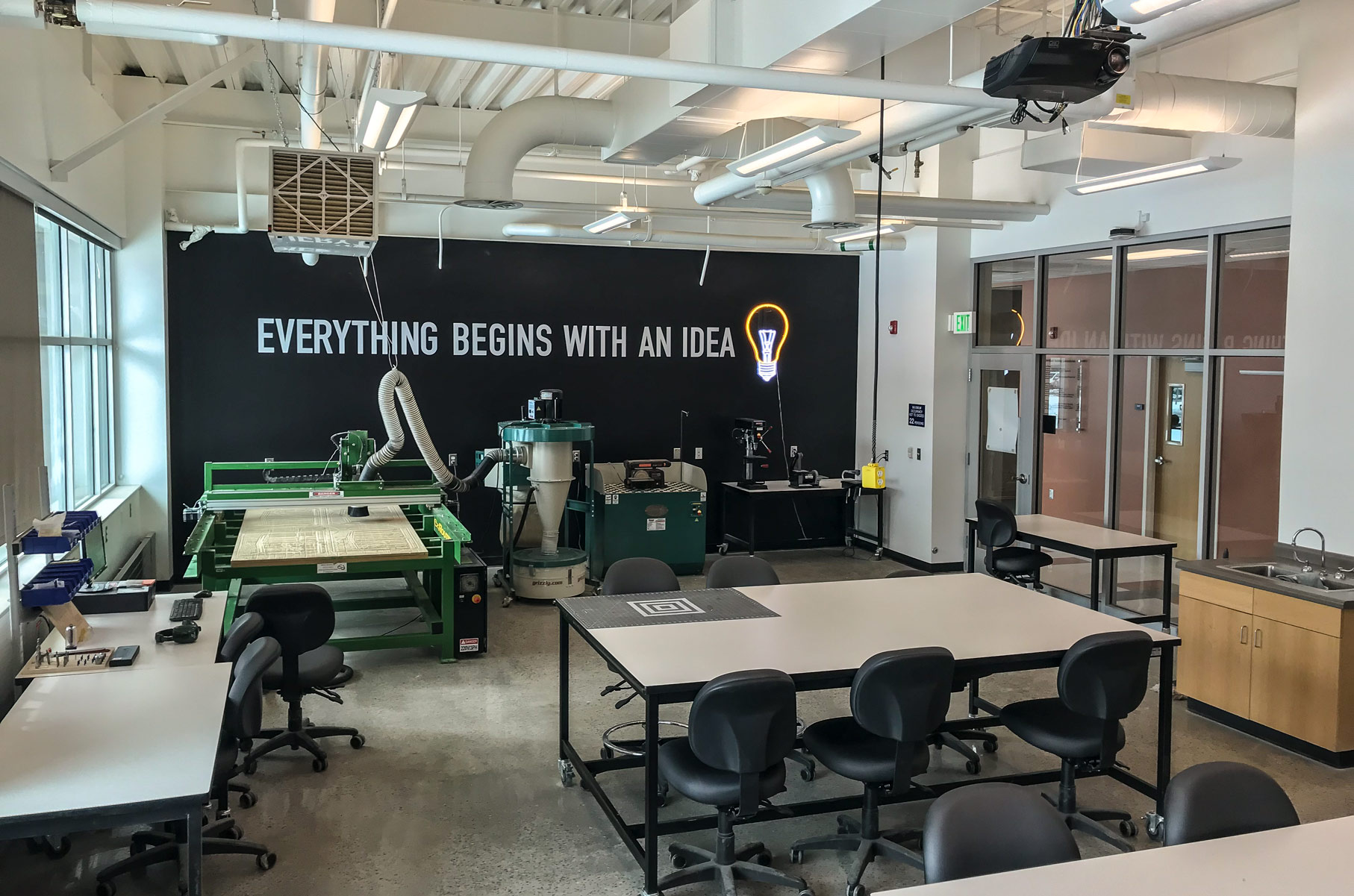 “The purpose of our expansion was to create space that accommodates more students and to better fit all of our equipment,” said Leo Alfonseca, the Idea Factory manager.

With more space, Alfonseca says the Idea Factory can now accommodate more students and host projects with more than 60 people in the lab at one time. The expansion divided the facility in two halves. Safety glasses are required in one half at all times and required only in some cases on the other half.

The Idea Factory is located in room 110 in the Sant Engineering Innovation Building. The lab is free and open to all USU students, faculty and staff. Priority is given to College of Engineering students. The machines in the lab run on a first-come, first-serve basis.