From Buildings to Boeing

News Release — Oct. 7, 2019 — Jorge Espinoza followed a lot of pathways in search of his future career.

The path started with a degree from USU in law and constitutional studies and an internship with U.S. Sen. Mike Lee in Washington, D.C. Espinoza met renowned lawmakers, attended the State of the Union Address and learned how to interact with constituents. The experience led to a job at an online university, but it also left him thinking about his future.

“I felt I could do more with my life,” he said. “Knowing my parents sacrificed so much for me to go to college, I felt like I owed it to them to do more.” 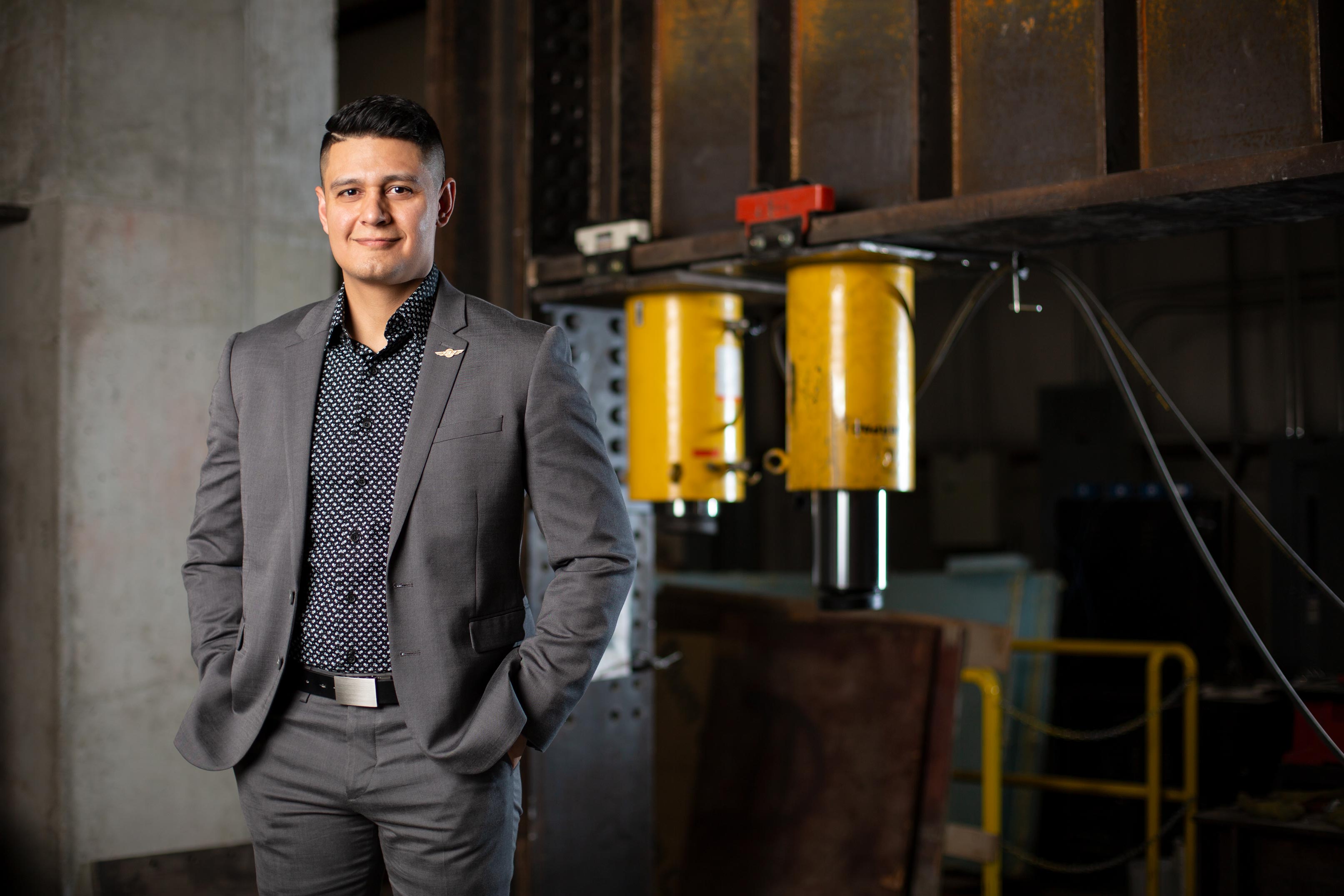 He considered law school or an MBA but ultimately decided on a degree in civil engineering. He started with the basics: math, physics and the often-dreaded statics course. “The first few weeks were an adjustment, but I was determined to push through especially since I had my parents and my wife in mind. I wanted to make them proud and show them I could do whatever I set my mind to.”

Espinoza got involved in campus life, served on the Latino Student Union and volunteered with the Black Student Union and Polynesian Student Union. Later, he joined the Society of Hispanic Professional Engineers. At a career fair in 2017, Espinoza defied the odds and landed an interview with Boeing, an opportunity that nearly slipped away.

“After waiting in line for three hours, the Boeing recruiter said they were not looking for any structural engineers. But I decided to stay in line. I trusted myself to give it a shot.”

It worked. The fledgling civil engineer — an unlikely match for an aerospace firm — spoke with recruiters and was offered an internship just two hours after his interview.

Over the summer of 2018, Espinoza completed an internship with Boeing in Everett, Washington, where he worked on the 737 and 777x aircraft. He worked on a team that is developing an improved window design for the 737 to eliminate light leakage.

“I was told they chose me for the project because of my research experience at USU which I owe to a handful of professors who made a big difference,” he said.

Looking to the future, he hopes to land a permanent job with Boeing and stay connected with USU and its Latino community. “I want to see more Latinos attend USU, and I believe it’s important to get more diversity in the College of Engineering. More diversity provides new ideas that improve the field of engineering.”