Fifteen teams representing engineering schools from across the Western U.S. competed in this year’s E-Fest Student Design Competition organized by the American Society of Mechanical Engineers. The event was held March 23-25 in Pomona, Calif. 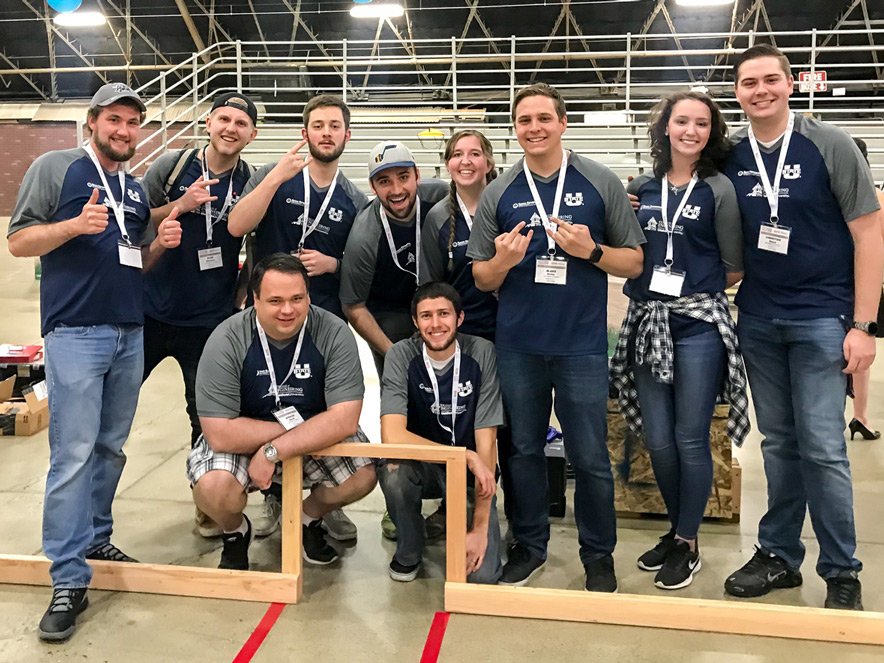 Student Brandon Kenison said the event taught him how to collaborate with team members and let him apply engineering concepts in a fun way.

"The best part of attending E-Fest was the friendships we built with fellow members of our team,” said Kenison. “Everyone brought something to the table, making the competition a success in every sense."

The USU team, which also won the ‘unofficial’ school spirit award after an impromptu performance of The Scotsman fight song, will be invited to the national competition held in Pittsburg, Pa., in November.