A team of undergraduate students in USU’s Department of Mechanical Engineering designed and built a device to capture orbital debris. The Human-Assisted Debris Extractor for Space, or HADES, system is designed to capture orbital junk using a pressurized net and drag device. The design earned the 11-member team a first-place win at the Air Force Research Lab University Design Challenge held April 11 at Arnold Air Force Base in Tennessee. The award is the third first-place win for USU. 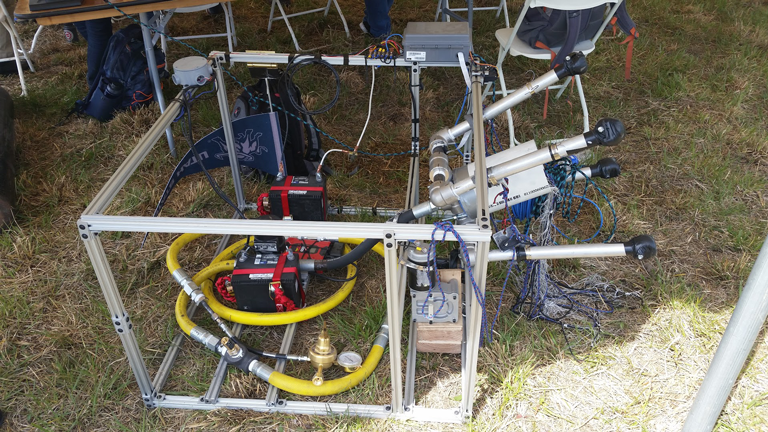 “We designed the instrument to capture large space debris such as a rocket body,” said team lead and recent engineering graduate Russell Babb. “The basic idea is once HADES is in a stable orbit alongside the debris, it launches a net around the body and reels it in. Next, it deploys a drag-inducing parachute that causes the whole assembly to deorbit and burn up in the atmosphere.”

NASA describes orbital debris as any man-made object orbiting the Earth that no longer has a useful purpose. Traveling at up to 17,500 mph, even the tiniest speck of space junk is a threat to functioning spacecraft. The catastrophic collisions depicted in science fiction films are exaggerated, but experts say the possibility of impact is a very real concern.

“This is something the Air Force takes very seriously,” said Mike Lazalier, program manager for the University Design Challenge. Lazalier traveled to Logan to present the students with the award. “Utah State has consistently been in the top. These students in particular are exceptionally professional.” 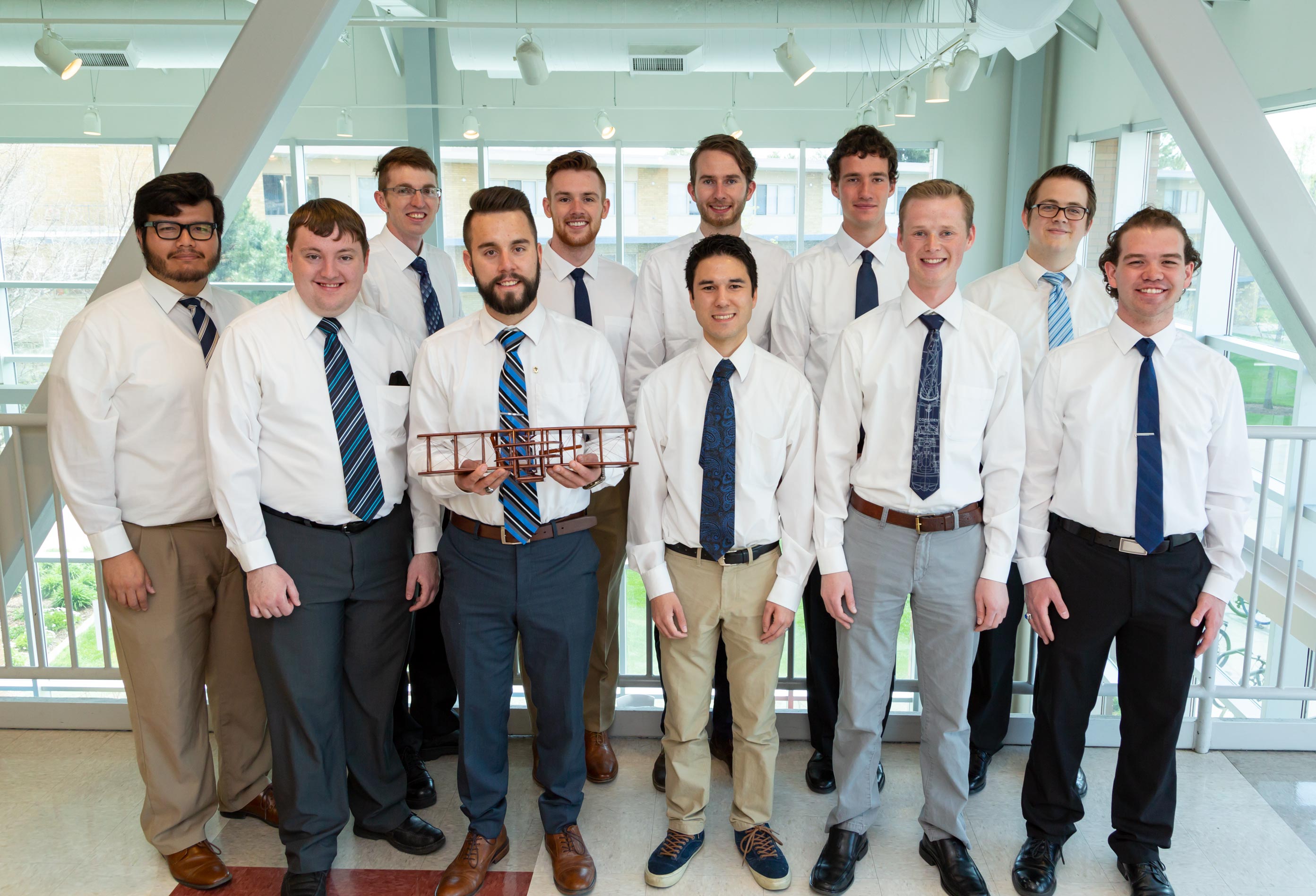 Lazalier said the USU team performed well in all aspects of the design competition in which ten teams from universities around the country vied for best design. He added that the USU team showed exceptional written and verbal communication skills.

“It was obvious they knew everything about the project from every angle,” said Lazalier. “It’s rare to find young engineers who communicate so effectively.”

The top three space debris mitigation designs are now under review by the Air Force.