The space agency announced Sept. 14 that Taylor will receive a fellowship from the Aeronautics Research Mission Directorate to help cover the costs of graduate school and professional development. Taylor will get $55,000 a year for three years to cover tuition expenses and a yearly 10-week stay at NASA’s Ames Research Center in Mountain View, Calif., where he will work alongside top NASA engineers. 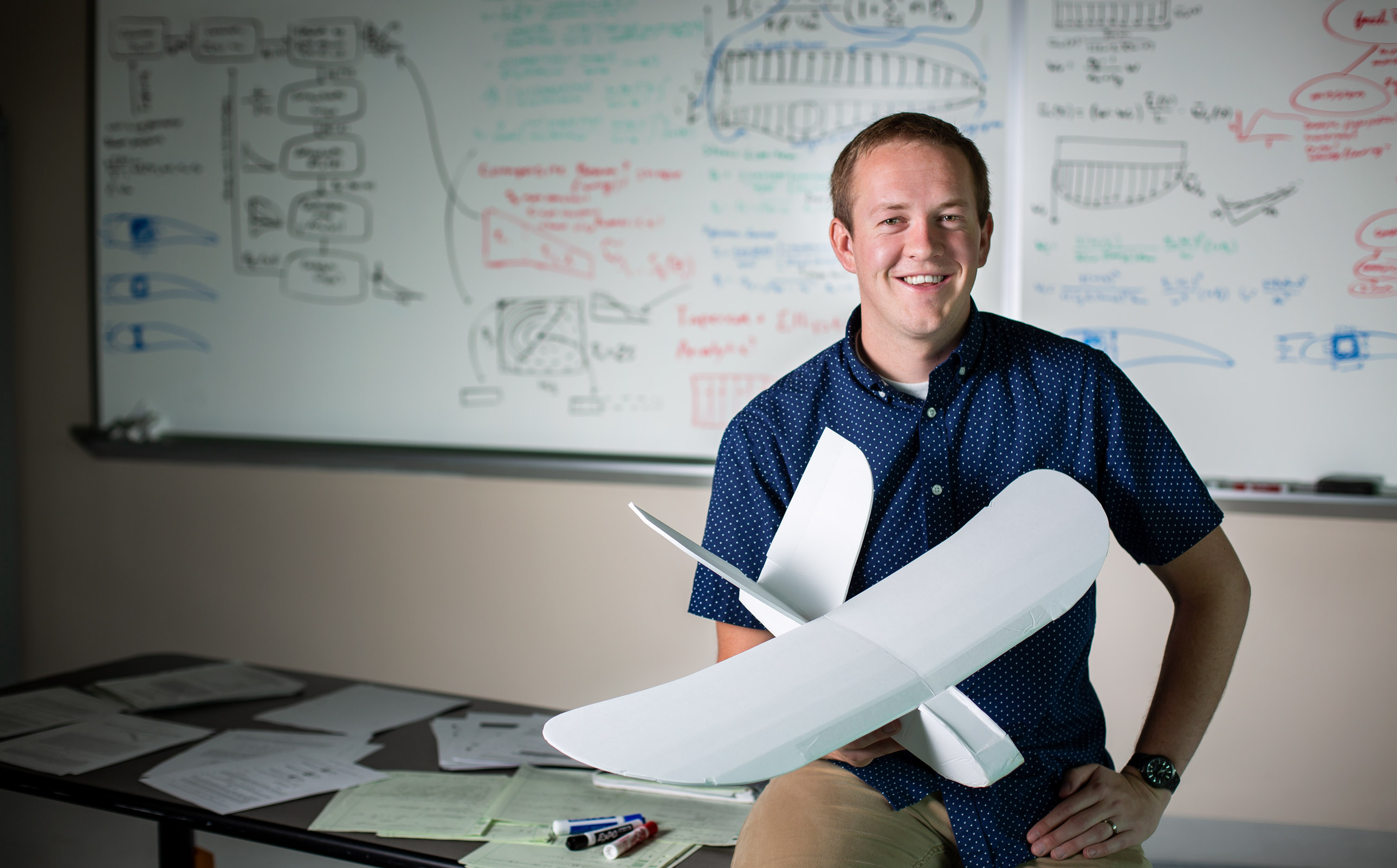 Taylor is a first-year PhD student in the Department of Mechanical and Aerospace Engineering. Under the direction of major advisor Doug Hunsaker, Taylor is working to better understand morphing-wing aircraft. For years, aerospace engineers have been developing wings that are capable of changing shape to achieve increased performance. Taylor and Hunsaker are studying the complex relationships between fuel efficiency and morphing-wing aircraft.

“I’ll be working on identifying the mathematical expressions that relate wing morphing to fuel consumption,” said Taylor. “Our goal is to dynamically optimize a wing's shape during flight to decrease drag and increase fuel efficiency.”

Taylor says he’s thankful for the award. He acknowledged Hunsaker for his guidance and mentorship.

“I feel very lucky to receive this fellowship,” he said. “It was Dr. Hunsaker who introduced me to this line of research and who gave me the confidence to pursue an advanced degree. He encouraged me to apply for the fellowship and helped me get in contact with NASA. And he gave me great advice on proposal writing that helped me put together a good application package. Most of all I thank my wife for her support and patience. Without her support, I never would have been able to apply for this fellowship.”

Hunsaker says the award is a win for his student and for USU.

“This is not only a significant honor for Jeff, but also a great opportunity for USU to work closely with NASA on critical aerospace technologies,” he said. “We hope this will develop into a coordinated effort between USU and NASA to significantly improve the efficiency of future commercial aircraft.”

USU’s research into morphing-wing technology represents an important step in aeronautics. According to Hunsaker, ultra-efficient commercial aircraft design is a major focus area for NASA.

“Jeff’s research dials in on some of the most promising approaches to the challenge,” Hunsaker added. “His approach is unique in that it will focus very little on computational efforts — which are usually limited in application to specific aircraft — and instead develop analytical relations that give insight into the efficient design of a wide variety of future aircraft.”