April 16, 2018 –Christian Morrill, an engineering ambassador and biological engineering student, was named Scholar of the Year at the 60th annual Robins Awards.

Robins Awards are the most coveted of all Utah State honors, and the awards night is the year’s most prestigious event. 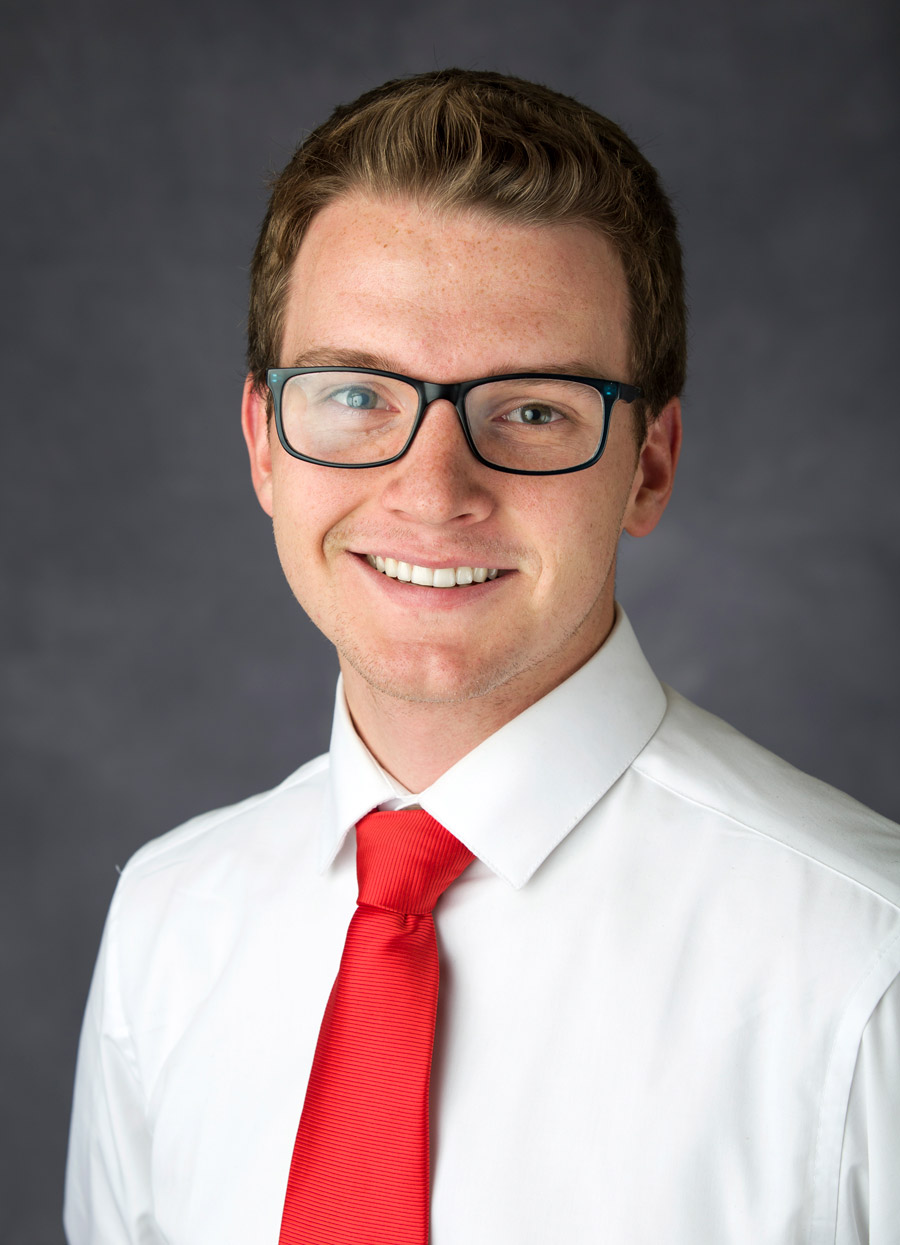 They reward students and faculty for hard work and dedication to their individual goals, as well as the goals of USU. The awards memorialize William E. Robins, a campus hero who had a rare quality to turn his vision into Utah State’s vision.

Robins was a Sigma Nu at Utah State who served as USU’s student body president in 1949. He was also the primary and initial visionary of today’s Taggart Student Center. In 1954, Bill and his wife Geraldine died in a plane crash, leaving behind a one-year old orphan boy. This prompted Bill’s fraternity to set up the Bill E. Robins Memorial fund to raise money that would provide a scholarship for the boy’s education when he was old enough to enroll in the University. Tragically, the boy died at the age of eight from leukemia. Since then, the fund has been used to continue the Robins Award tradition. The featured award of the evening is the Bill E. Robins Memorial Award.