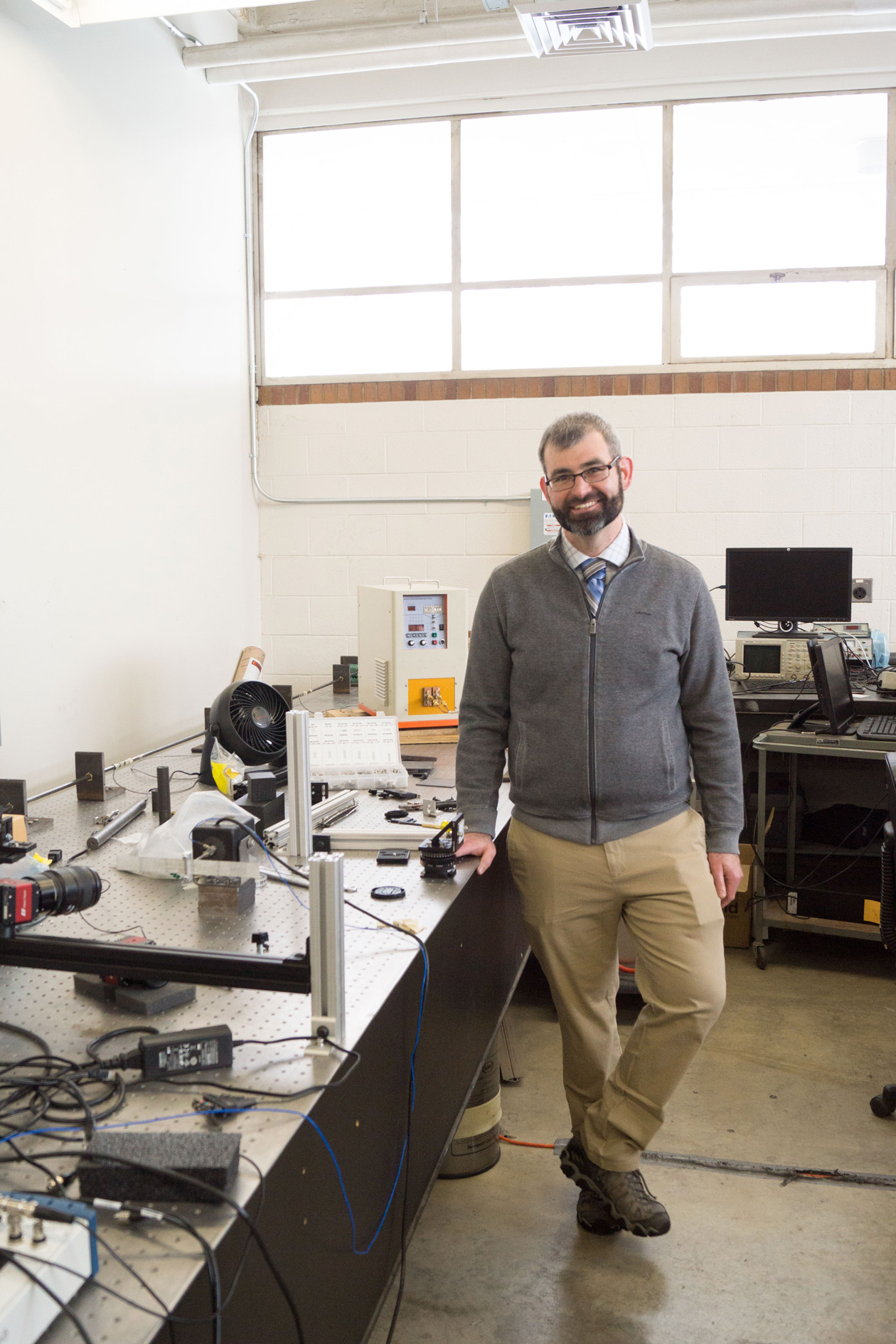 Berke recently received a $120,000 grant from NASA to develop a high-speed imaging test that overcomes a serious problem that is common in conventional imaging tests.

Dr. Ryan Berke, assistant professor of mechanical and aerospace engineering, is leading a team of experts in developing a high-speed camera test that captures a never-before-seen perspective of a glowing-hot rocket engine. Understanding how engines and their nozzles respond to extreme heat is the first step in preventing cracks or other dangerous failures.

“Rocket engines are subjected to extreme heat and enormous physical loads that make their assemblies vulnerable to structural failure,” he said.

Berke recently received a $120,000 grant from NASA to develop a high-speed imaging test that overcomes a serious problem that is common in conventional imaging tests.

“During a hot-fire test, the engine nozzle and other components become so hot that they glow visibly bright,” said Berke. “When using standard high-speed cameras and lenses, that bright glow saturates the camera’s sensor and ruins the image.”

But Berke has a solution. He and his team are developing a new test method using high-speed cameras equipped with ultraviolet filters that significantly reduce the bright glow. His work is paving the way to improved testing procedures that will make next-generation rocket engines safer and more efficient.

The research has the potential to significantly improve the safety tests performed on rocket nozzles and other engine components and could have far-reaching applications for other areas of aerospace engineering including spacecraft reentry, gas turbine engines and hypersonic aircraft.

Berke and his team are currently working on small-scale engine tests using a small rocket motor developed at USU. They also plan to work with officials at NASA’s Marshall Space Flight Center on a full-scale hot-fire test.