News Release — LOGAN, UTAH, April 24, 2018 — Researchers at Utah State University are sending cascades of water into a tank to uncover a mystery of fluid dynamics.

After a yearlong research study, the team of engineers and fluid dynamicists uncovered the physics behind a unique underwater phenomenon that’s been likened to the Matryoshka doll — the traditional Russian doll within a doll.

In a study published last week in the Journal of Fluid Mechanics, researchers from USU’s Splash Lab describe what happens when rapid-succession water droplets impact a calm surface and create a cavity of air beneath the water.

“When a stream of droplets hits the surface, it pulls air under and creates an air-filled cavity,” says lead author and PhD candidate Nathan Speirs. “The shapes of the cavities vary based on the impact parameters such as the diameter of the droplet and the speed at impact.” 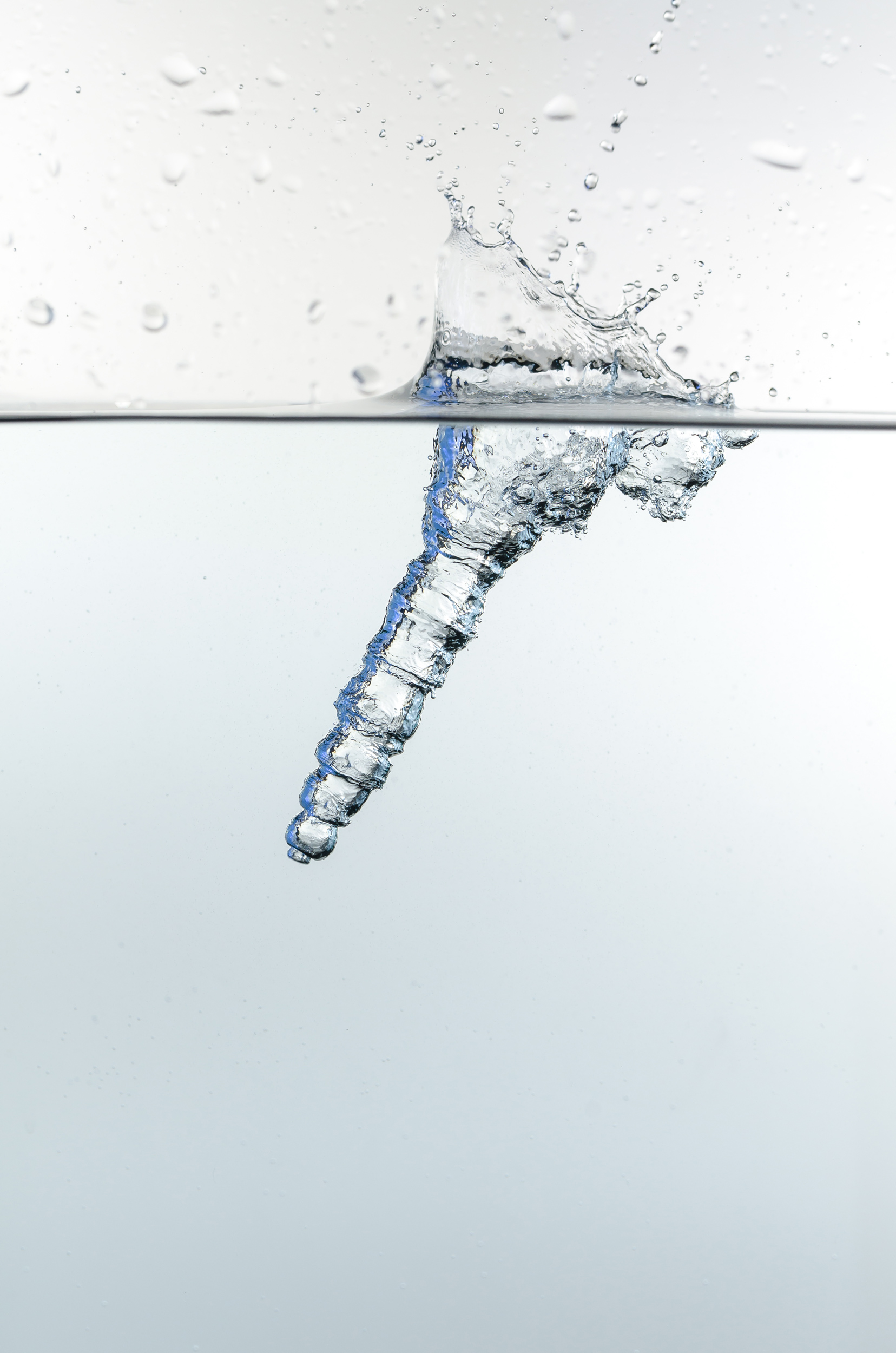 Researchers at USU’s Splash Lab uncovered the physics behind a unique underwater phenomenon that’s been likened to the Matryoshka doll — the traditional Russian doll within a doll. (Chris Mabey)

When a continuous stream of water — a jet — impacts the water surface, it forms a cylindrical-shaped, deep, narrow cavity. When slow-succession droplets impact the water, they form individual cavities that close and collapse before the next droplet hits. The Splash Lab team wanted to know what happens when rapid-succession droplets impact the water. The result is a unique series of cavities within cavities that create a ribbed appearance.

“If the frequency of the falling droplets is high enough, the drops hit the same spot and create nested cavities,” said Speirs. “Each successive droplet forms a cavity at the base of the preceding cavity.”

Distinguishing the threshold between high and low frequency is a key part of the findings. Speirs says there has never been a number that defines that threshold. So he and his team developed one.

“We can define the types of cavities based on a new dimensionless number we call the Matryoshka number. If the number is less than one, the cavity will collapse before the next droplet hits. If it’s above one, we predict to see the formation of nested cavities.”

“It has been known for a long time that a jet of fluid transitions into a stream of droplets just a few inches from the source of the jet,” said co-author and USU Associate Professor Tadd Truscott. “This means that when common daily jets impact a pool of water — such as water from a faucet into a kitchen sink or a stream of urine falling into a toilet — the droplet streams create cavities similar to those we’re studying at the Splash Lab.”

Understanding the nuances of splash types could lead to devices that reduce splash back and provide cleaner environments.

In industry, a more thorough understanding of this never-before-explained aspect of fluid dynamics could lead to advances in manufacturing chemicals and pharmaceuticals. Speirs says the findings are especially useful for developing safer and more efficient processes in which splash back is a concern.