News Release — LOGAN, UTAH — Oct. 23, 2018 — Researchers in Northern Utah have demonstrated that the Logan River is highly dependent on karst aquifer discharge to maintain summer low flow when water demands are the highest.

In a new study published Aug. 8 in Water Resources Research, researchers from USU’s Civil and Environmental Engineering Department, the USGS, The Ohio State University and the University of Utah developed a stream-centric approach to determine the fraction of stream water sourced from fast flowing, karst conduit groundwater.

Karst landscapes like Logan Canyon are often made up of limestone or dolomite that dissolve over time to create an underground system of conduits and caves which allow a portion of the groundwater to move quickly through the system and drain the aquifer. The connectivity of this underground plumbing to rivers and streams is difficult to determine, but understanding the connections between groundwater and surface water is necessary to assess the resiliency of local water sources and prepare for future changes in climate. Rivers sourced primarily from karst aquifers can be more vulnerable to droughts and other hydrologic variability because they drain more quickly and must be recharged frequently by precipitation events. Non-karst aquifers drain more slowly and are less vulnerable to the variability in annual precipitation. 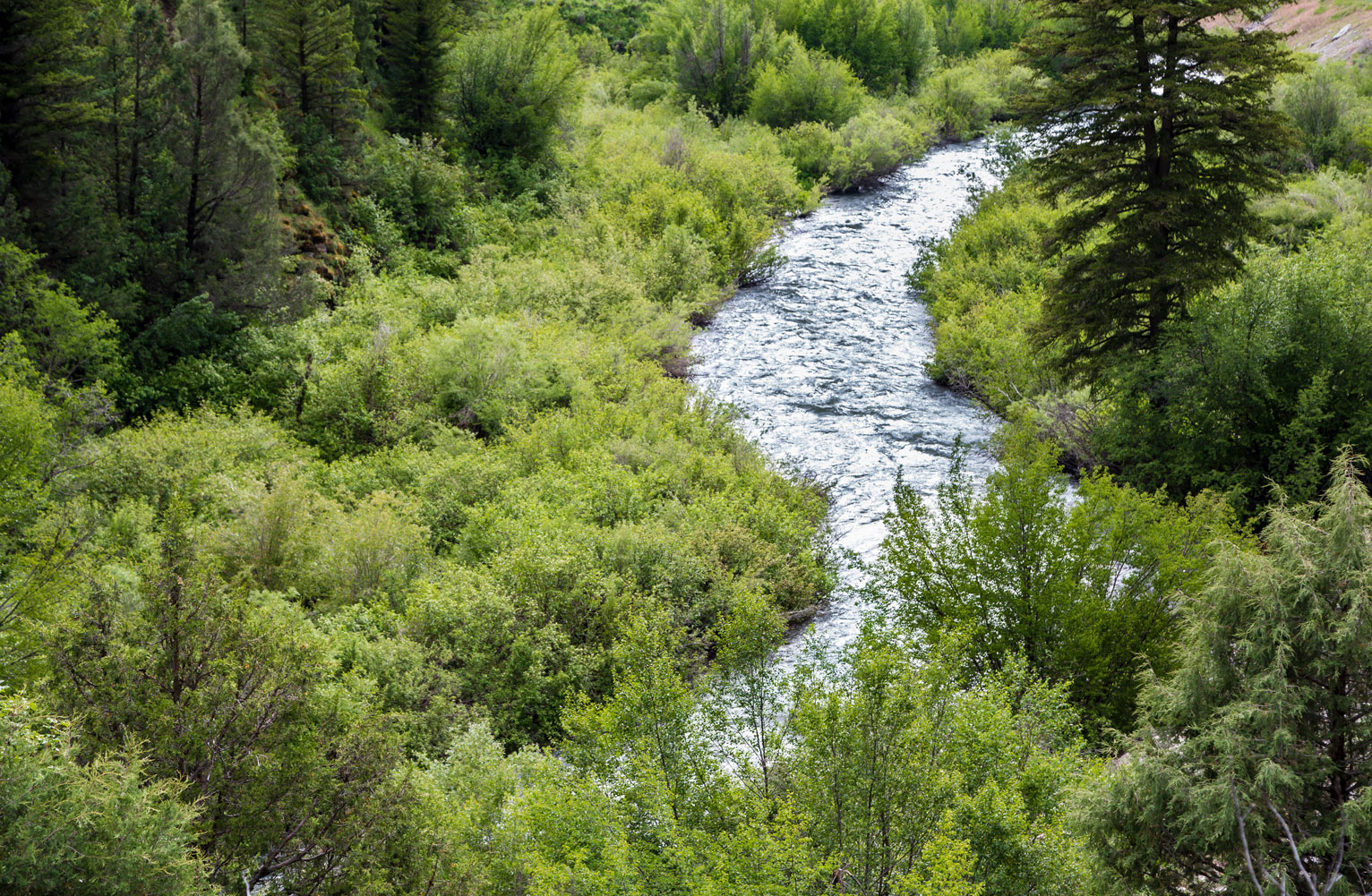 “The primary objective was to determine the connectivity between a river and its aquifer and then develop methods to quantify the amount of water from the relatively fast draining karst conduits versus lower permeability soils or rock where water is more slowly released to streams,” said Bethany Neilson, lead author and associate professor of civil and environmental engineering at USU.

Neilson’s team studied a 35-km stretch of the Logan River watershed in Northern Utah and found significant amounts of the river water were repeatedly gained from and then lost back to the local aquifer. They also found that the majority of the groundwater entering the river was sourced from karst conduits. Combining these findings with geologic information, prior subsurface dye tracing, and chemical sampling, all lines of evidence suggest that repeated groundwater exchanges are likely occurring and river flows throughout the year are highly dependent on karst aquifer recharge and discharge.

“These findings illustrate that the flow in the Logan River during the summer may be highly vulnerable to future changes in precipitation, in particular snow accumulation and melt.” said Neilson. “As we transition from snow to rain in the Intermountain West there are questions regarding the amount of water available to recharge our aquifer each year and the amount of water we will have in our rivers during the highest demand periods.

“More data and research are needed to determine the potential changes to karst aquifer discharge from changes in snow accumulation. It is, however, clear that the Logan River is highly connected to the karst aquifer as shown by the consistent gains and losses of groundwater occurring throughout Logan Canyon. Additionally, given that the karst conduit groundwater is sourced from throughout the watershed and generally has short travel times, there is greater risk of both river and aquifer contamination via land uses in remote portions of the watershed.”