The team of engineers and fluid dynamicists tapped into the physics behind a unique soapy water phenomenon and found new discoveries regarding water entry. 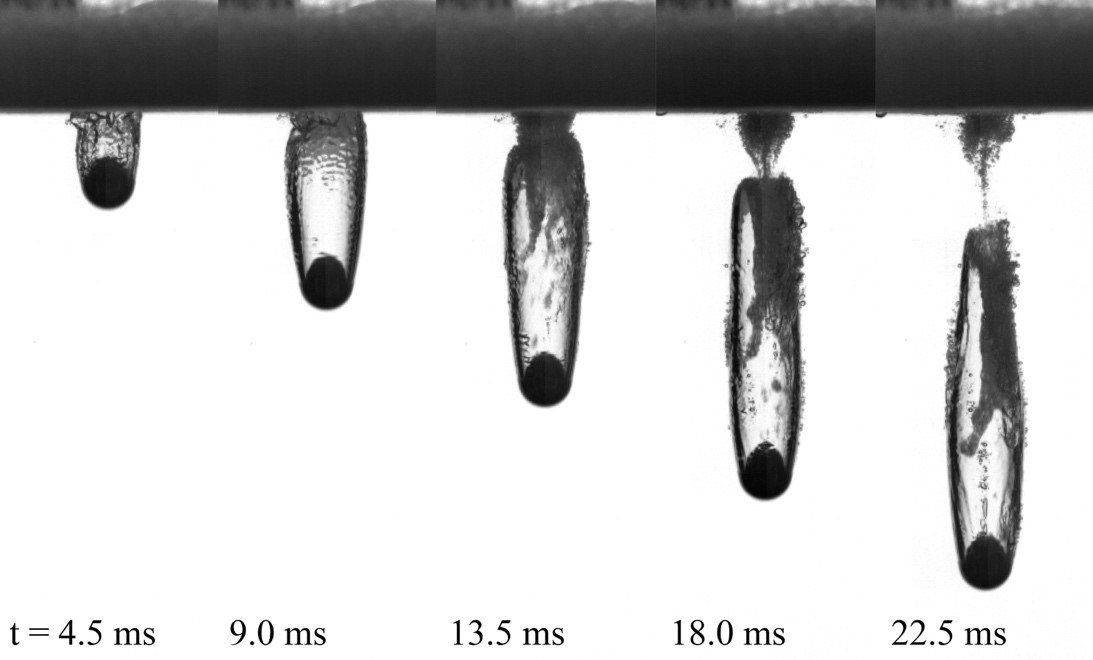 In a study published in the Physical Review Fluids, researchers from USU’s Splash Lab describe the two types of splash that occur when a sphere-like object is dropped into soapy water.

The first splash type is a radial jet that travels quickly and is suppressed by soapy bubbles. The second splash is an upward, Worthington jet that comes from the collapse of the large cavity made by the sphere. When an object hits the water, the liquid doesn’t close directly back over it. Instead the water will form a crater around the object’s impact. And as the water rushes back into place, a few drops are propelled up into the air. The drops develop into what’s called a Worthington jet, or a Rayleigh jet.

In addition, researchers also discovered that even a small droplet of water or bubble on the surface of an otherwise clean sphere or object will cause a cavity to form behind the object. This means that even if you pre-wet a sphere, the cavity will form.

Researchers were also able to show how the dynamics of surface tension plays a large role in the cavity formation.