New Findings of Controls on Carbon Export in Permafrost Terrain

News Release — LOGAN, UTAH, Oct. 22, 2018 — After two decades of collecting data, a team of researchers discovered new ways in which groundwater moves and controls the export of carbon from land to streams in the permafrost terrain of the Alaskan North Slope.

In a study published in Geophysical Research Letters, researchers from Utah State University, University of Texas and University of Michigan describe why there are consistently high concentrations of carbon transported from land and found in streams.

Researchers initially found high carbon concentrations in headwater streams regardless of whether there was low flow (dry) or high flow (rainy). It did not matter if it was early in the season when the thaw depth of soils was shallow, or late in the season when thaw was deeper. They wanted to know why and how these consistent amounts of carbon were transported from land and found in streams. 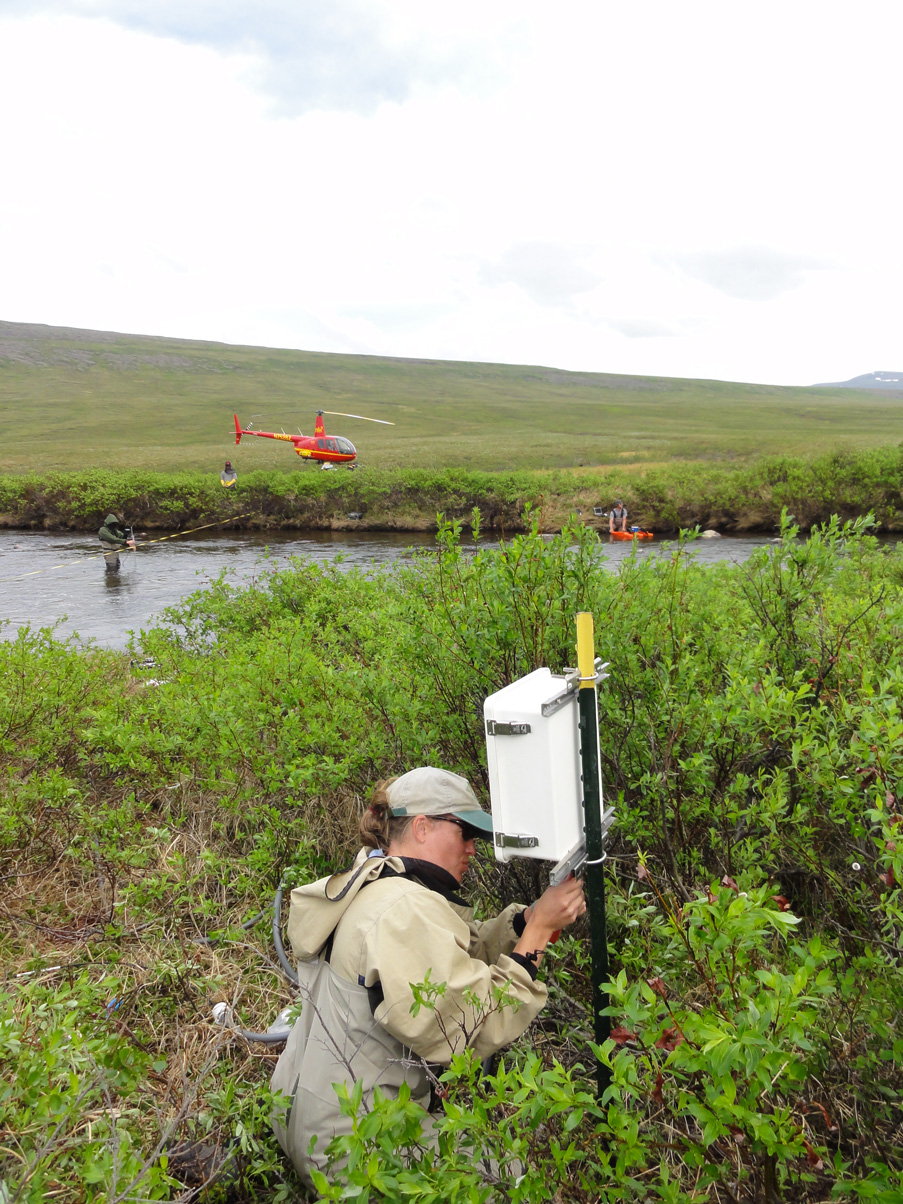 “We found that during wet conditions, water on the surface, or overland flow, moves in and out of soils as it moves down slope toward streams,” said Bethany Neilson, lead author and associate professor in the Civil and Environmental Engineering Department at USU. “These exchanges of water across the land surface can quickly leach organic carbon from the soils and then deliver it to stream. During dry conditions, the stream receives shallow groundwater flow that also leaches organic carbon from the soils.”

Researchers used hydrologic models to show that microtopography on the land surface causes the rapid exchange of overland water flow with the shallow groundwater in soils. In other words, the water flows from just above to just below the land surface and back again as it moves downslope, similar to a porpoise swimming and jumping in the ocean.

“These findings show that all the water we see instream has at some point been groundwater,” said Neilson, “and this creates the high dissolved organic carbon concentrations under both wet and dry conditions.”

As the arctic warms and permafrost thaws, the persistence of these groundwater contributions of carbon in arctic watersheds will influence the amount of organic carbon available in surface waters to be converted into greenhouse gases, which then amplify climate warming.