News Release — LOGAN, UTAH — November 7, 2018 — The TIJAR perches on the edge of the desk, becoming smarter and more efficient by the day. Trial after trial is performed on it until it will finally be ready.

The Aggie Marine Robotics are working on their new test rig for this year. This Is Just A Rig, or TIJAR, is a complete redesign of their sub from last year, PoGenII. TIJAR focuses on continuous improvement for testing.

“Our idea for this box was to give our team a way to continually test all the electronics and software before the mechanical parts were developed,” said Jacie Grow, the mechanical captain. “That was a big problem we had last year. We had to wait for the entire mechanical design to get done before we could start testing the electronics. So we didn’t have enough time for testing.”

The testing rig, a 12 inch by 18 inch by 21 inch box that allows all three teams — mechanical, electrical and computer science — to test multiple designs alongside one another. This way, the team members working on software get more time to work on the sub. Reed Thurber, the vice president of the club, said the sub is around 50-60 percent software. 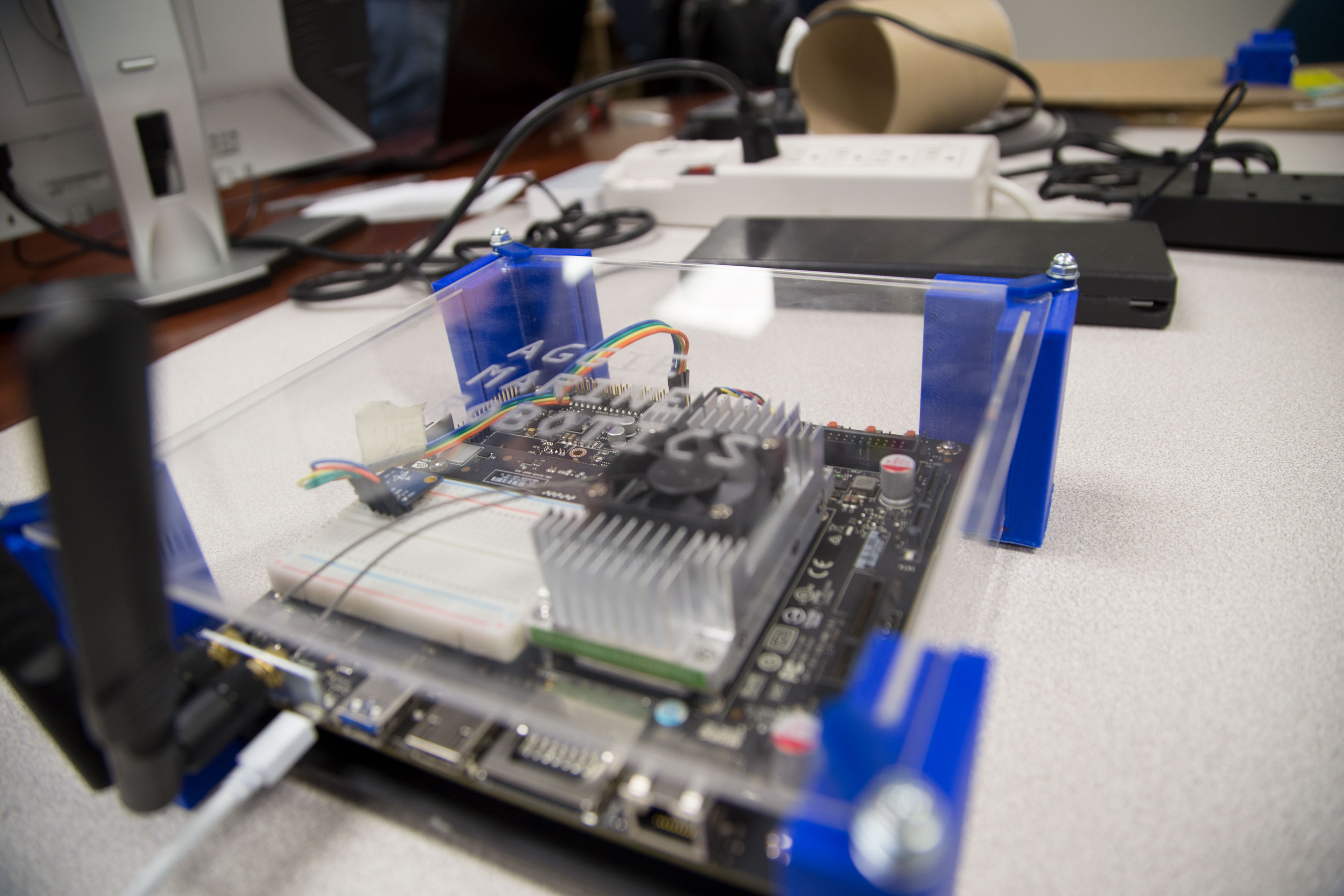 “Last year was all over the place,” said Thurber.

Many competitions subs use a timeline of using one sub for two generations. PoGenII was no exception. The Aggie Marine Robotics’ second generation model didn’t have too many changes from the first model. The electronics for the sub were not able to be placed until the sub was water-proofed. This did not happen until the end of the year. This meant there was not a lot of time to test the sub before competition.

“I don’t think Reed or I actually saw a sub swim until we put ours in the water two weeks before competition,” said Grow.

TIJAR is a waterproof box that can be practiced in and built on. Team members are able to work on different component tests and, at the end, everything will be integrated. If something fails, the whole team has multiple tests to look back and see at what level it failed.

“It’s breaking them into smaller design ‘sprints’ and then checking that it’s functional,” said Thurber. “So matter where we end up on the design — because there are so many unknowns — we will always have something we can use in competition.” 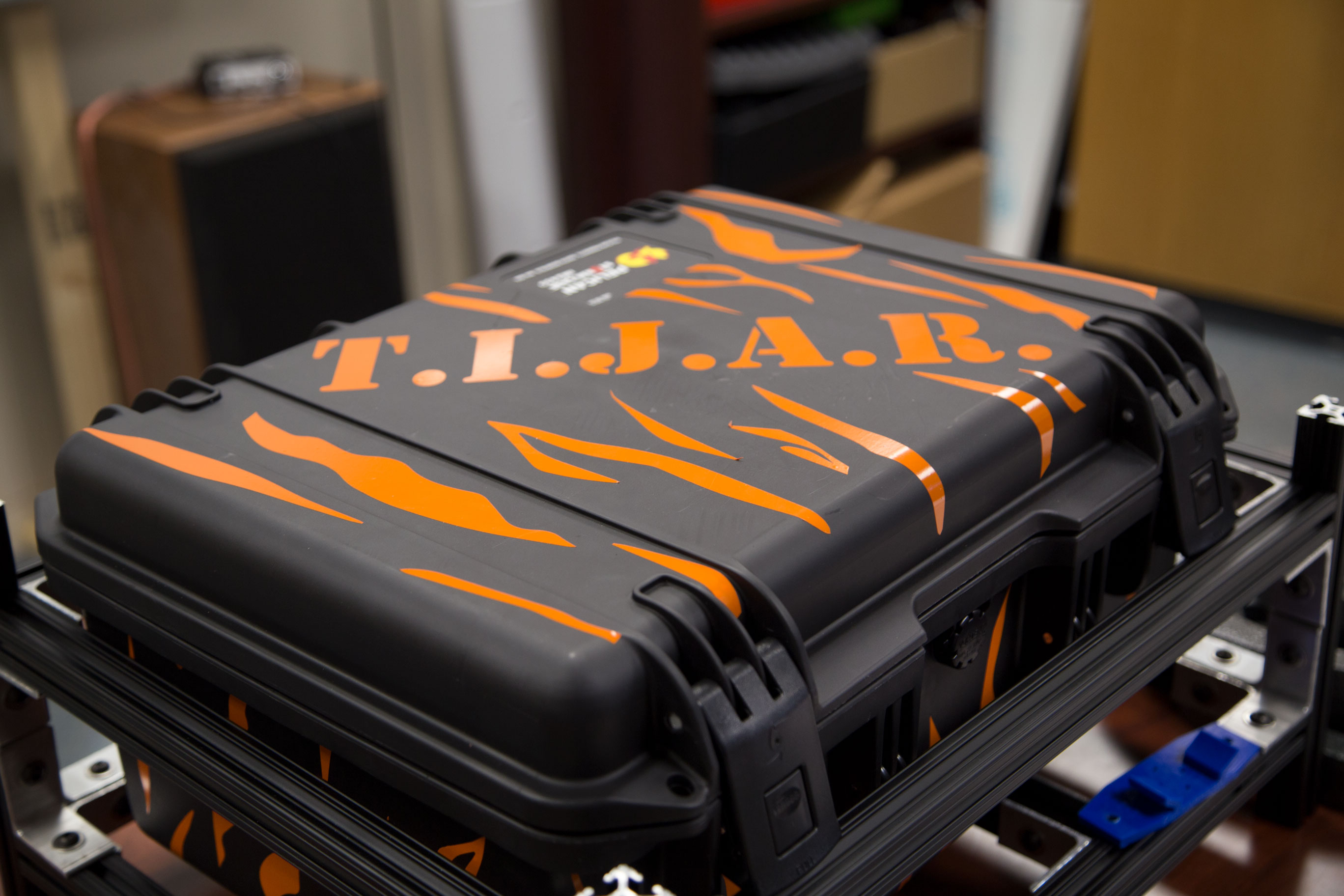 The model is also a way for newer students in the club to test designs they are currently learning in their college curriculum. Students are able to pick different designs and improve on them. This is different from last year. In the past, if a design was completed and placed in the sub’s hull, it was done.

“It’s really a relief to do it like this,” said Thurber.

The sub is currently broken into three mechanical phases. The first phase is to code TIJAR for movement and direction in the water and for the electrical team to test out the first power distribution board. The mechanical team will take over phase two as they design mounts for the computer science team’s sensors and distribution readouts. The third phase will be incorporating software and electrical into the hull of the sub.

The team is scheduling the end of phase one for the end of November. The team predicts the phase one sub would be able to qualify for a competition. Everything else they have planned will help them even more in qualifying.

“It’s a smarter and more iterative way to do it,” said Thurber.