News Release — LOGAN, UTAH, April 27, 2018 — Utah State University’s Doug Hunsaker, a rising star in aerodynamics research, received the coveted Young Investigator Program (YIP) award from the Office of Naval Research. He was one of 31 researchers around the nation selected for the prestigious funding.

The $510,000 grant will enable a three-year study aimed at developing the next generation of military aircraft. Tomorrow’s combat aircraft will be more efficient and quieter, and they’ll also share a striking new feature: no tail.

“To get the efficiency improvements we need, it’s highly likely the next generation of aircraft will have no tails,” said Hunsaker, an assistant professor of aerospace engineering. 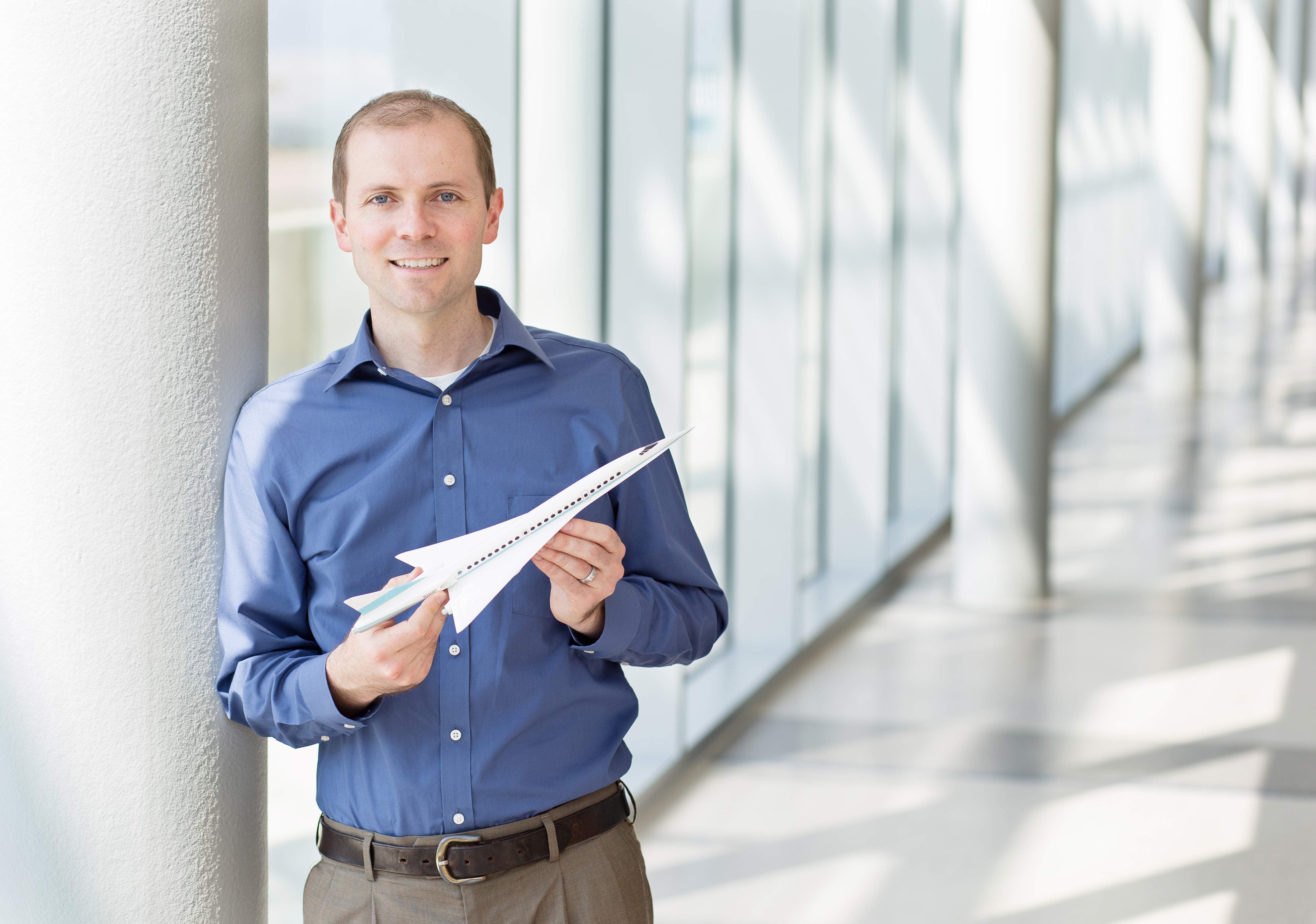 In addition, tomorrow’s bio-inspired aircraft will have wings that can change shape and flex in response to control inputs from the cockpit. These so-called morphing flight surfaces allow for smoother, more efficient air travel but will require a more advanced understanding of aerodynamics. Hunsaker says his work is inspired by early innovators including Da Vinci, Lilienthal and Orville and Wilbur Wright. Morphing-wing technology has recently gained interest due to improvements in materials, mechanisms and manufacturing. Morphing offers greater flexibility in aircraft control, increased fuel efficiency and a decreased radar signature.

“Before we can design efficient and maneuverable tailless, morphing airplanes, we need to understand how efficiency and controllability are related to the morphing characteristics of the aircraft,” he added. “Our goal in this research will be to run mathematical and performance tests on an existing morphing wing technology that was developed at the Air Force Research Lab. We will simulate that morphing technology in a computer model based on a tailless, swept-wing aircraft.”

Current state-of-the-art tailless aircraft produce rolling, pitching and yawing moments through articulated control surfaces on the main wing. For example, the B-2 bomber uses elevons for pitch and roll control and split flaps for yaw control. Such articulated control surfaces have been used for nearly a century due to their ease of manufacturing and straight-forward application to controls. However, traditional control surfaces increase the radar signature and often require holes and gaps in the geometry that increase drag and reduce endurance.

Hunsaker says the concept of combining swept-wing design with morphing technology and control is an exciting challenge for him and his team of graduate students. The YIP is a highly competitive process. This year’s recipients were selected from 340 applicants based on past performance, technical merit, potential for scientific breakthrough and long-term university commitment. All are college and university faculty who have obtained tenure-track positions within the past five years.