News Release – Feb. 15, 2017– Biological Engineering faculty Dr. Anhong Zhou reflected on family and the future of bio-technologies at his inaugural lecture last month where he was honored for his promotion to professor. The lecture, titled “(Bio)Sensors Make Your Life Better,” was held at the home of Utah State University President Noelle Cockett on Jan. 26.

Dr. Zhou specializes in the development of sensing and imaging technologies for human health and environmental monitoring, including cancer early detection, biomechanics and biophysics of embryonic (stem) cells differentiation on 3D nanostructures, PM2.5 induced cytotoxicity and water quality monitoring. His research at the USU has been funded by a number of federal agencies, such as NIH, NSF, DoD, NIA/NIST, ARO, USDA-AES, as well as some state funding sources and private sectors. Two of his patented water sensors have received attention from industry partners that expressed high interest in commercializing the technologies into the sensor products market. 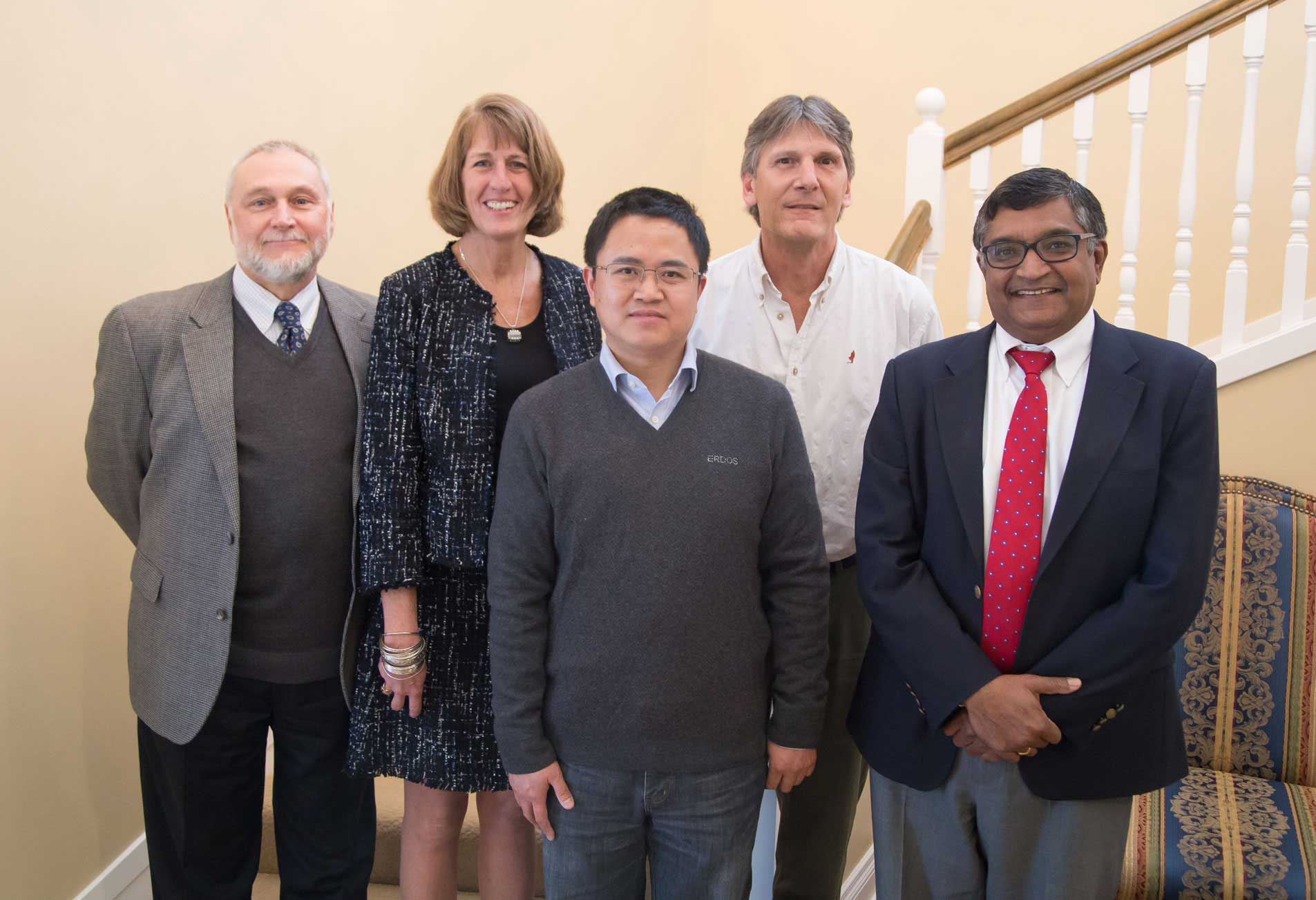 Zhou grew up in a small city in China (a city with one million people is considered small in China). In his childhood, he was curious about how to build tools out of the box to detect the interaction between subjects. This curiosity led him to pursue research interests in chemical-biological sensors later in his academic career. In his B.S. and graduate studies in China, Dr. Zhou developed a love for learning and gaining multidisciplinary knowledge from chemistry, biotechnology, materials science and bioscience. As it turned out, his mixed education background helped his future career and made him ready to work across boundaries with collaborators and researchers from a variety of professional fields.

In 2001, Zhou moved to the United States. After living in Arizona and Connecticut he moved to Logan in 2004. He has enjoyed being an Aggie and living in the cold, dry Cache Valley for the past 13 years.

Professor Zhou married his wife Xinmin Liu (or Annie, in English) while they were living in China. They have a 6-year-old daughter, and Zhou now realizes that being a good professor does not necessarily mean being a good teacher for a 6-year-old child. He has started on a new journey to learn how to be a good father, teacher and friend for his daughter.

Professor Zhou enjoys various hobbies such as gardening, fishing and walking. He says he should be more active so that he can maintain good health. He was one of the winners of the “Be Well Rewards” program sponsored by the USU Human Resources Department in fall 2016.