A common culprit in damaged water pipes and ship propellers, cavitation is the formation and collapse of gaseous bubbles that form in fluids under specific conditions. Cavitation can also occur inside a longneck glass bottle. Striking the top of a liquid-filled bottle, for example, can shatter its bottom, leaving scientists thirsty for answers. 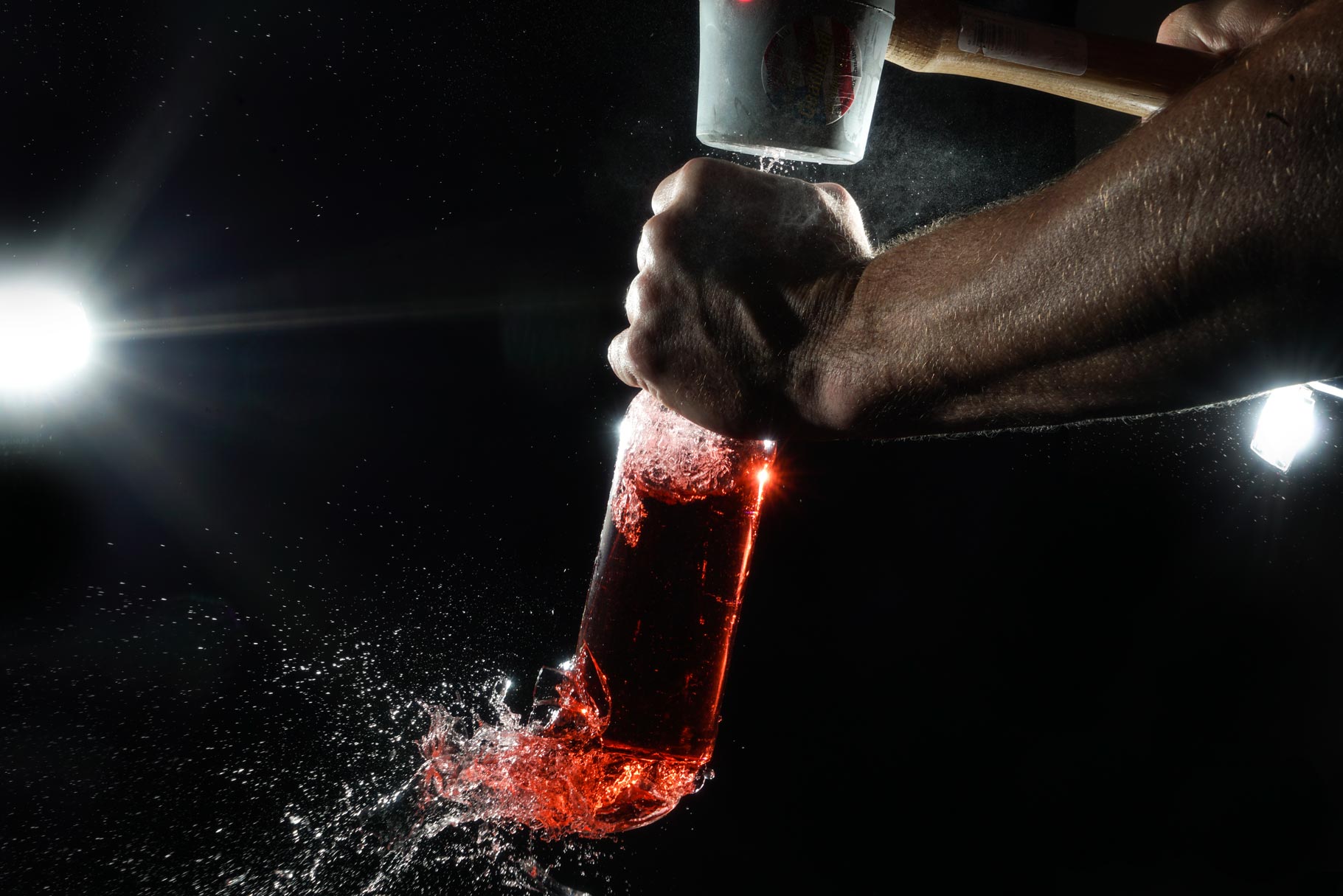 Now researchers are eliminating the mystery of acceleration-induced cavitation with a newly-published study and math equation that proves acceleration of a fluid can cause cavitation. Their findings were published July 24 in the Proceedings of the National Academy of Sciences.

“If you search for answers behind the breaking bottle trick, you’ll get a variety of theories,” said Dr. Tadd Truscott, an associate professor of mechanical engineering at Utah State University and lead researcher at the Splash Lab. “Some claim your hand forces air into the bottle which pressurizes it and seals it shut, forcing the bottom to blow out. This is not the case.”

Truscott says energy from an impulsive force on the bottle transfers to the fluid and causes a drop in its static pressure. When pressure drops, a fluid can boil at a much lower temperature, giving rise to the vapor bubbles that form near the bottom. When internal pressures equalize, the cavitation bubbles collapse in tiny but violent shockwaves.

“Being able to predict the onset of cavitation would be extremely valuable in many applications,” Truscott added. “Cavitation from fluid acceleration happens in underground pipes and valves, marine propellers; even some brain injuries are the result of acceleration-induced cavitation.” 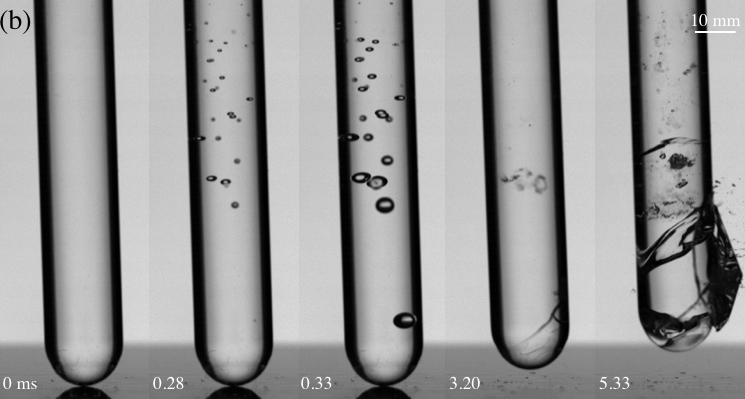 Cavitation is the formation and collapse of gaseous bubbles that form in fluids under specific conditions.

But the traditional cavitation formula used for decades in physics classrooms often incorrectly predicts the onset of cavitation in fluids accelerated over a very short period of time.

“The traditional formula would tell us cavitation won’t happen by smacking your palm against the top of a bottle,” Truscott added. “But experience tells us otherwise. The bottle will usually shatter, and now we have photographic evidence of cavitation bubbles forming in the bottle and their subsequent collapse and shockwaves. This tells us the conventional cavitation number doesn’t always work correctly.”

Truscott and his team – comprised of researchers at USU, Tokyo University of Agriculture and Technology and Brigham Young University – have devised a new equation that considers a fluid’s depth and its acceleration. Researchers in Japan and Utah conducted similar cavitation experiments and got identical results. The group says their new equation correctly defines the physics of cavitation onset.

The study was co-authored by USU’s Zhao Pan and Randy Hurd, Akihito Kiyama and Yoshiyuki Tagawa of Tokyo University of Agriculture and Technology, Jesse Daily of the Naval Undersea Warfare Center, and Scott Thomson of BYU.

Media outlets are encouraged to use the photo and video content provided. Reporter interviews are also welcome.