News Release – LOGAN, UTAH, April 21, 2017 – Students from Utah State University’s student chapter of the American Society of Mechanical Engineers (ASME) are gearing up to host the 1st annual Soapbox Derby on April 22. The event starts near the southeast corner of the power station on the road that leads to Green Canyon (approximately 1900 North 2100 East). 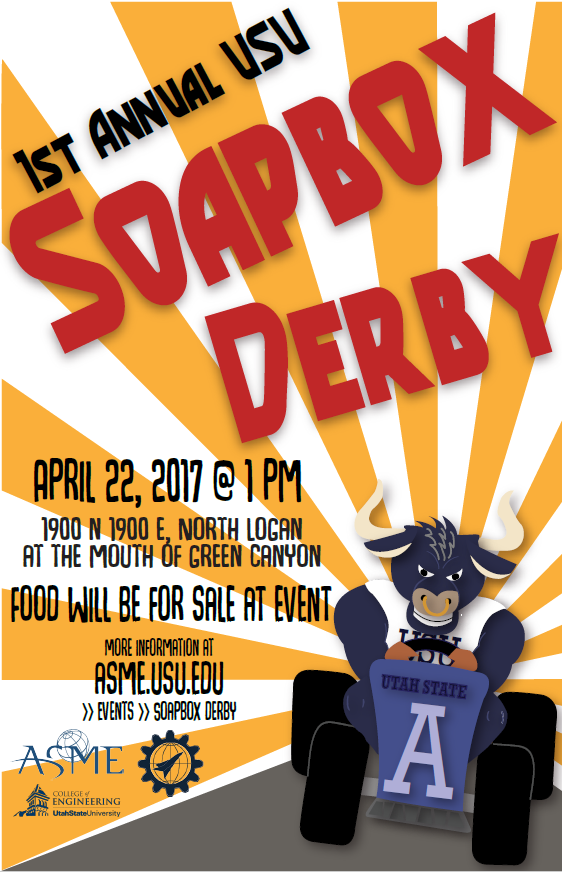 Students Nick Huld and Thory Van Dyke have worked for months to organize what will be Utah State's first annual Soapbox Derby.

Nick Huld and Thory Van Dyke, both engineering students at USU, came up with the idea for a derby when they had extra wheels left over from building a trebuchet.

“We debated what to do with [the leftover wheels]. One of us had the idea of making a kart and it escalated from there into this event,” Huld said.

Currently, 30 teams are registered to compete in the derby, including 14 high school teams and a team from the City of North Logan. Contestants will compete in a bracket-style challenge with three cars racing per heat. The first place winner will receive a $300 cash prize.

“We're anxious to see how everything turns out and confident that this will become an annual event that the community will enjoy,” Huld said.

The event is family friendly and free to the public. Races will take place until 4 p.m and food vendors will be in attendance. Patrons are encouraged to bring camping chairs to sit on.