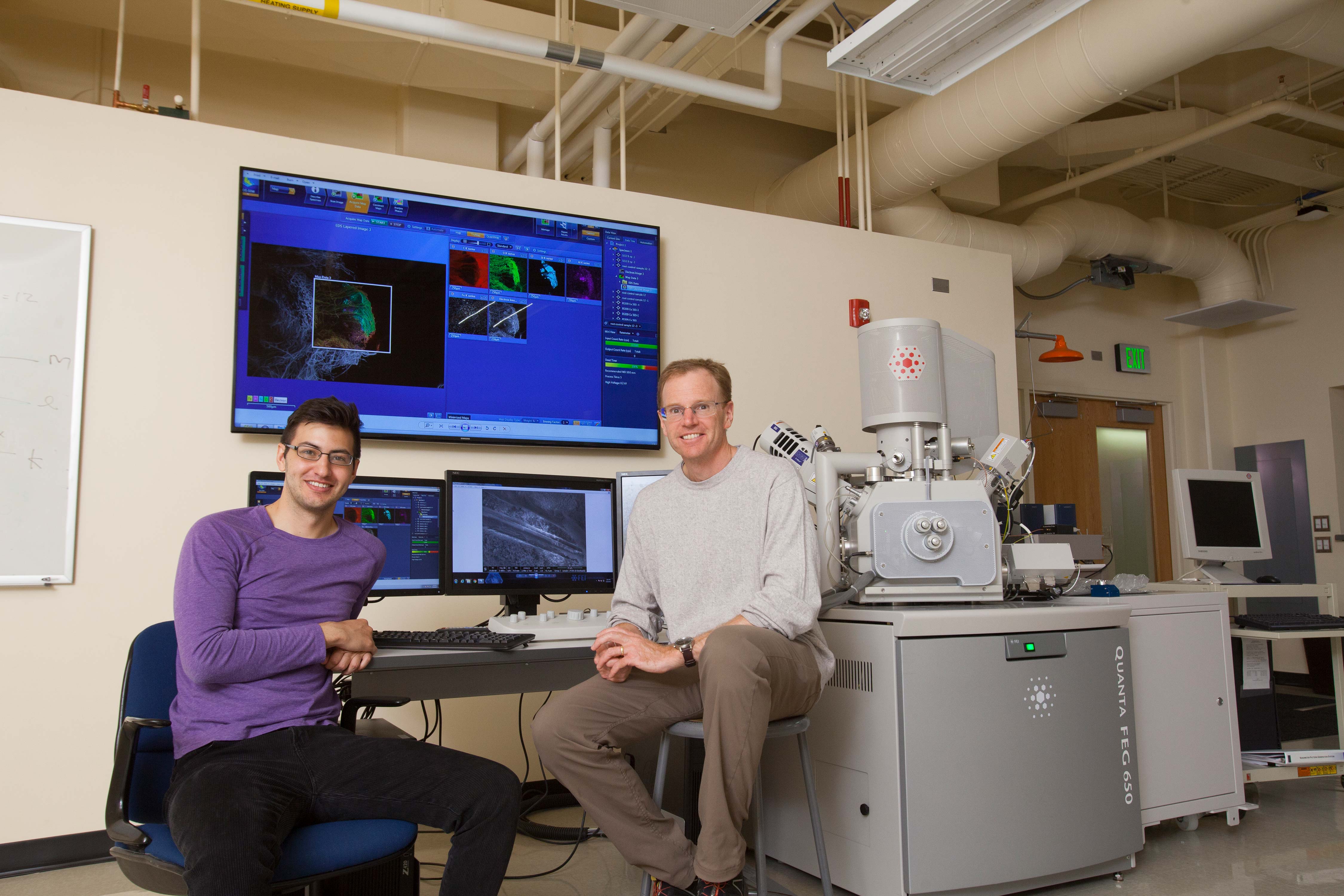 Such nutrients are already present in some fertilizers but not in nano-formulations which, due to their small size and unique geometries, can provide additional benefits.

In nature, plants co-exist with a variety of beneficial microbes that colonize a plant’s root zone. Britt says interactions between microbes, the root zone and micronutrients can lead to the formation of protective proteins and metabolites that enhance drought stress protection. Britt and his team will apply nanoparticles to soils in several greenhouse tests using wheat, a grain cultivated in drought-susceptible regions around the world. The research is funded by a $450,000 grant from the USDA’s National Institute of Food and Agriculture.