Aug. 23, 2017 — Production crews for Discovery Canada were at the Utah Water Research Lab on Wednesday producing an upcoming TV special about the Oroville Dam spillway model. 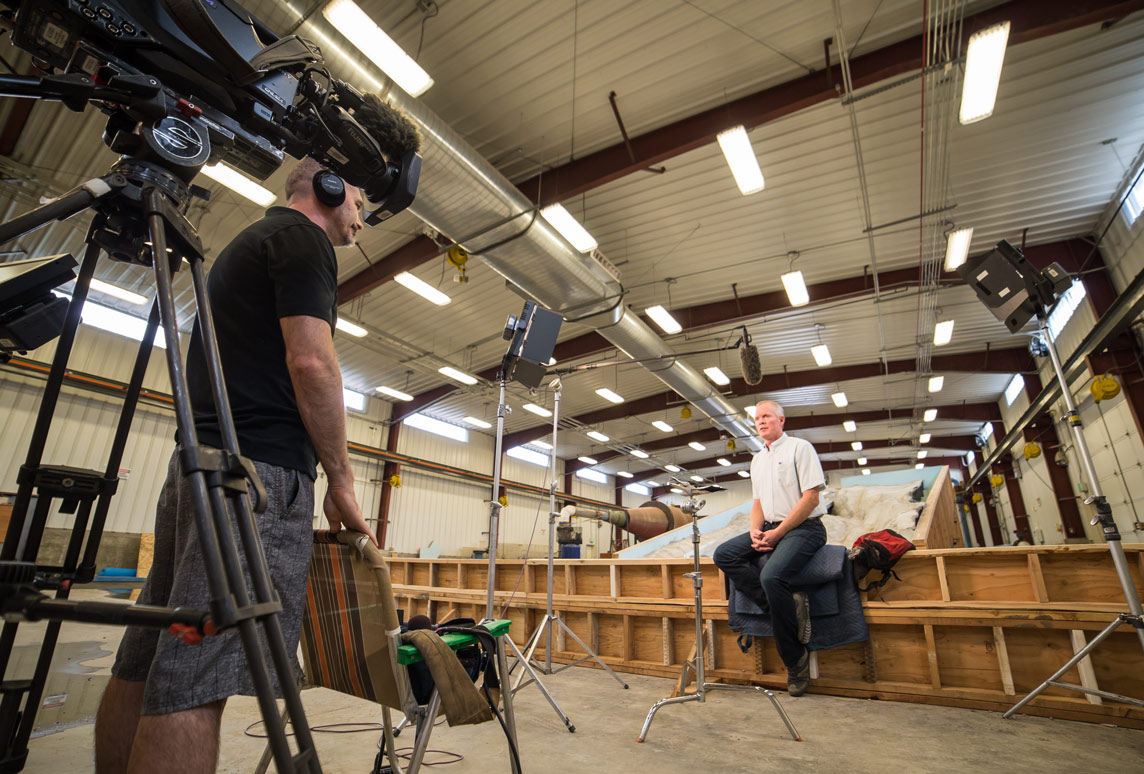 Since March, engineers at the UWRL have been constructing and performing tests on a 1:50 scale model of the Oroville Dam concrete spillway that was damaged in February after heavy rain flows. The team, led by hydraulics engineer Dr. Michael Johnson, was selected by the California Department of Water Resources.

On Wednesday, a production crew representing Toronto-based Discovery Canada, interviewed Johnson about the ongoing efforts to replace the spillway at America's tallest dam. The content will be featured in an upcoming episode of Daily Planet. 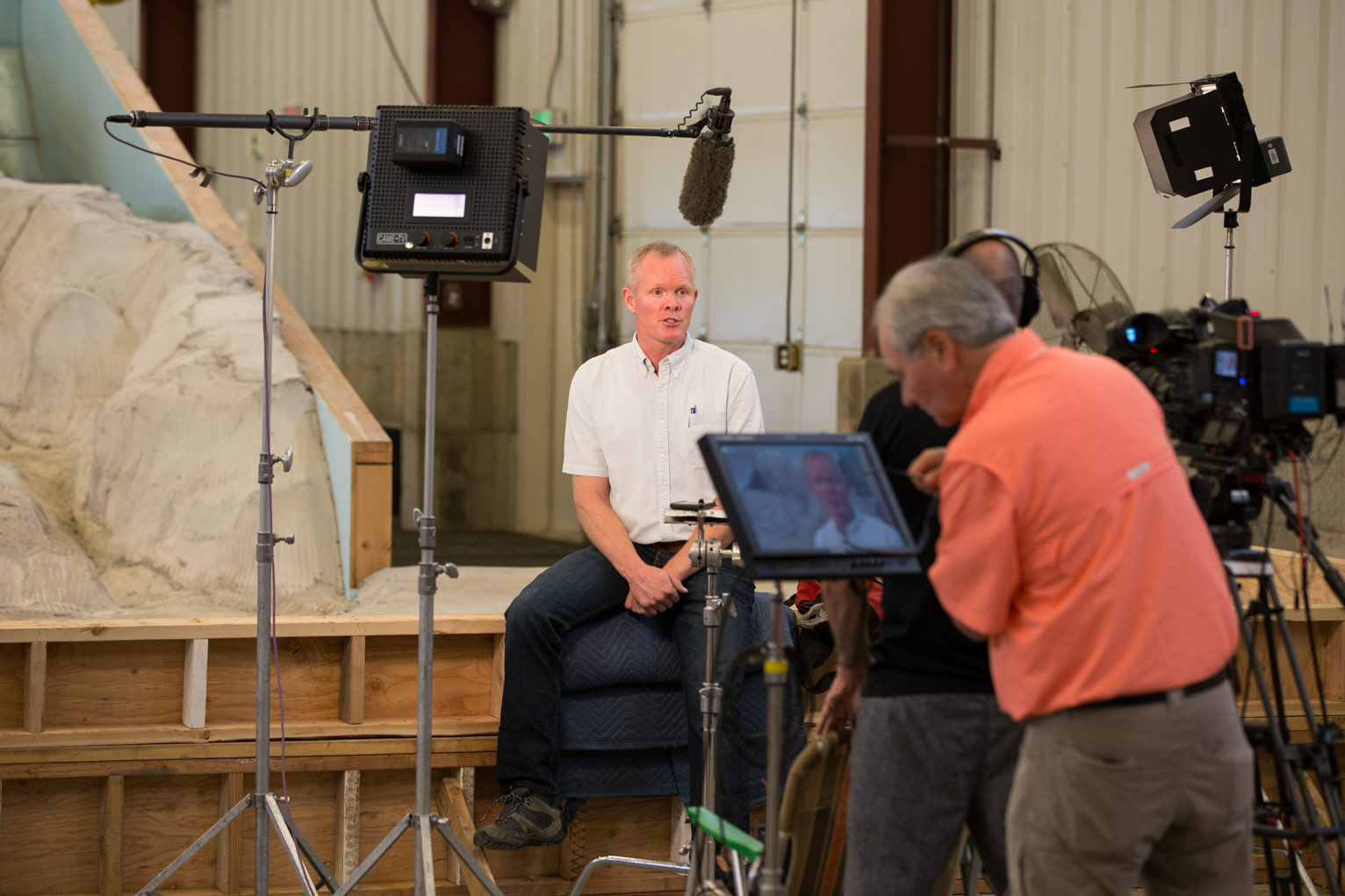 Dr. Michael Johnson and other UWRL faculty have been interviewed by reporters at dozens of news outlets around the world including CNN and The New York Times. (Matt Jensen/USU)