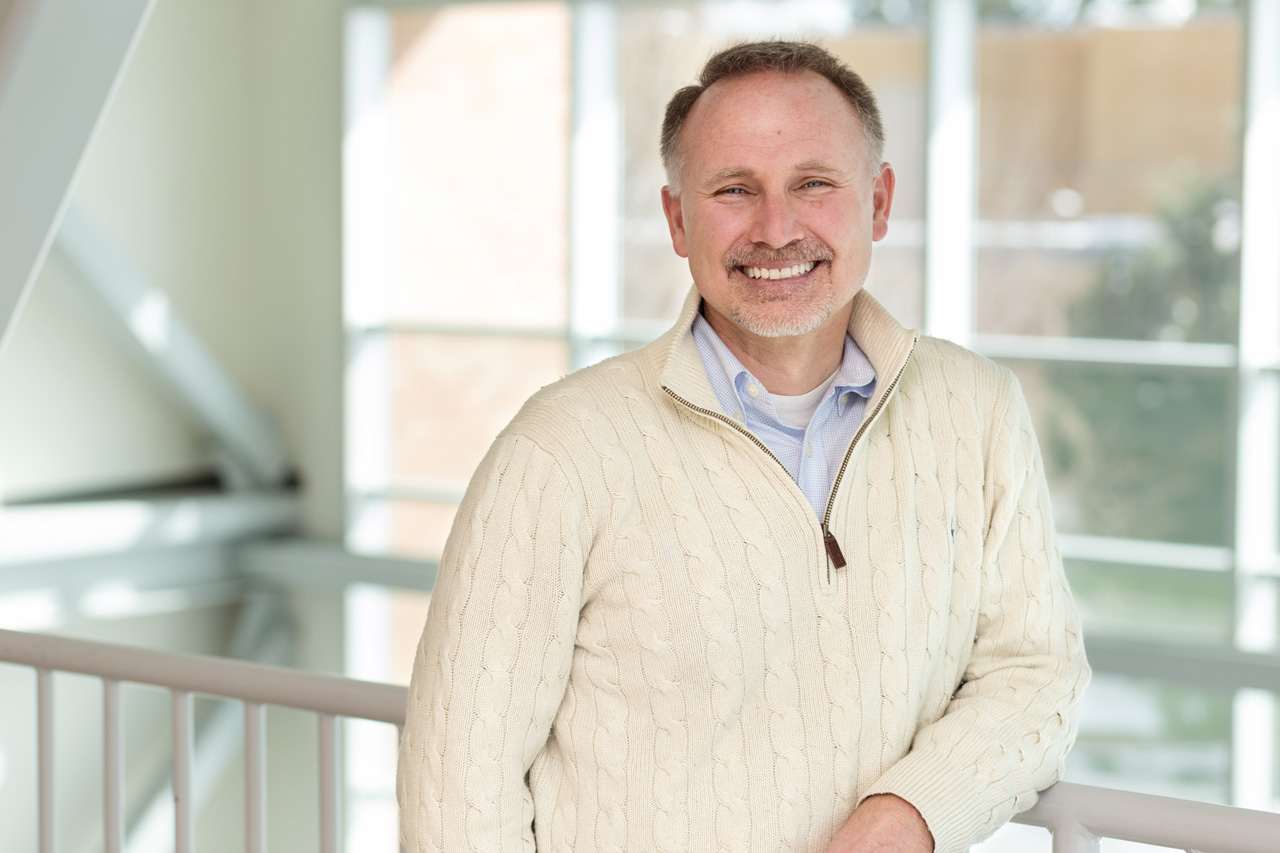 Professor of civil and environmental engineering Dr. Paul J. Barr is the UEC's 2017 Educator of
the Year.

Barr is a veteran engineering educator and leading expert in bridge and roadway engineering. He has served as director of the Utah Transportation Center since 2011 and was a lead researcher in the Federal Highway Administration’s Long-Term Bridge Performance Program at USU. He earned a bachelor’s degree in civil and environmental engineering from USU in 1995 and a master’s degree and PhD in civil engineering from the University of Washington in 1998 and 2000.

He began teaching at USU in 2003. He was promoted to full professor in 2014 and has served as head of the Civil and Environmental Engineering Department since 2015. During his tenure, Barr has mentored countless engineering students and served as major professor to three PhD candidates and 37 graduate students.

As an active researcher, Barr has published 39 peer-reviewed studies and has been awarded approximately $2.6 million in research funding since 2008. Barr is a member of the American Society of Civil Engineers and has held various leadership roles in ASCE and other professional engineering societies including the Transportation Research Board, Tau Beta Pi and the Precast Concrete Institute. As a faculty advisor, he oversees several student organizations including the USU Concrete Canoe Club – which has received multiple awards – and the student chapter of Engineers Without Borders.

Barr’s colleagues say he’s a respected leader in his department and the College of Engineering and a valued mentor to students.

“Dr. Barr is one of the finest educators at this university,” said Dr. Dean Adams, Executive Associate Dean in the College of Engineering. “He puts our students first and is constantly improving the teaching process and the student experience. We’re proud to have him here at USU.”

Two other USU engineering faculty were also considered for the UEC award. Dr. Douglas Hunsaker and Dr. Tadd Truscott, both assistant professors in the Mechanical and Aerospace Engineering Department, were nominated by their respective professional engineering societies.