One of the main focuses of our research group is to use the principles of synthetic biology and standard biological parts to assemble genetic circuits. These genetic circuits provide uses in bioproduct generation, biomedical applications, and bioremediation . We have participated in the international genetically engineered machine competition (iGEM) since 2008 and have won 5 gold and 1 bronze medal.

Another research focus is the production of biogas (methane) and biofuels such as acetone, butanol, and ethanol from algae biomass. The use of algae for energy production is growing rapidly. Our research group investigates the production of these high energy compounds by employing anaerobic miroorganisms. Anaerobic digestion and anaerobic fermentations have been shown to produce both biogas and biofuels respectively from algae feedstocks. Additionally, we study microbial diversity to discover novel strains and optimize reactor conditions. The production of these high value compounds from algae biomass may have significant implications in stimulating sustainable and domestic energy economies.

The use of St John’s Wort (SJW) has been shown to be effective in killing several environmental and non-pathogenic strains of mycobacteria. These strains were highly similar to Mycobacterium tuberculosis, the causative agent of tuberculosis (TB), which affects about one third of the worlds population. There is great urgency in discovering an antimicrobial agent against TB, particularly since multidrug resistant strains of M. tuberculosis have recently evolved. 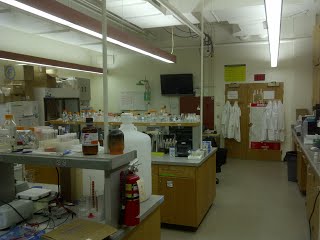 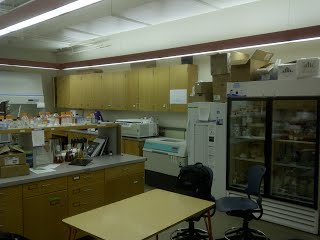